Bayraktar and the Renaissance Dam .. Do the Turkish marches affect the Egyptian rapprochement?

While the Egyptian-Turkish relations are heading towards calm, a crisis has suddenly emerged that may threaten to inflame them again. Following a possible deal under which Ankara would sell drones to Addis Ababa, in light of the worsening negotiations of the Renaissance Dam. 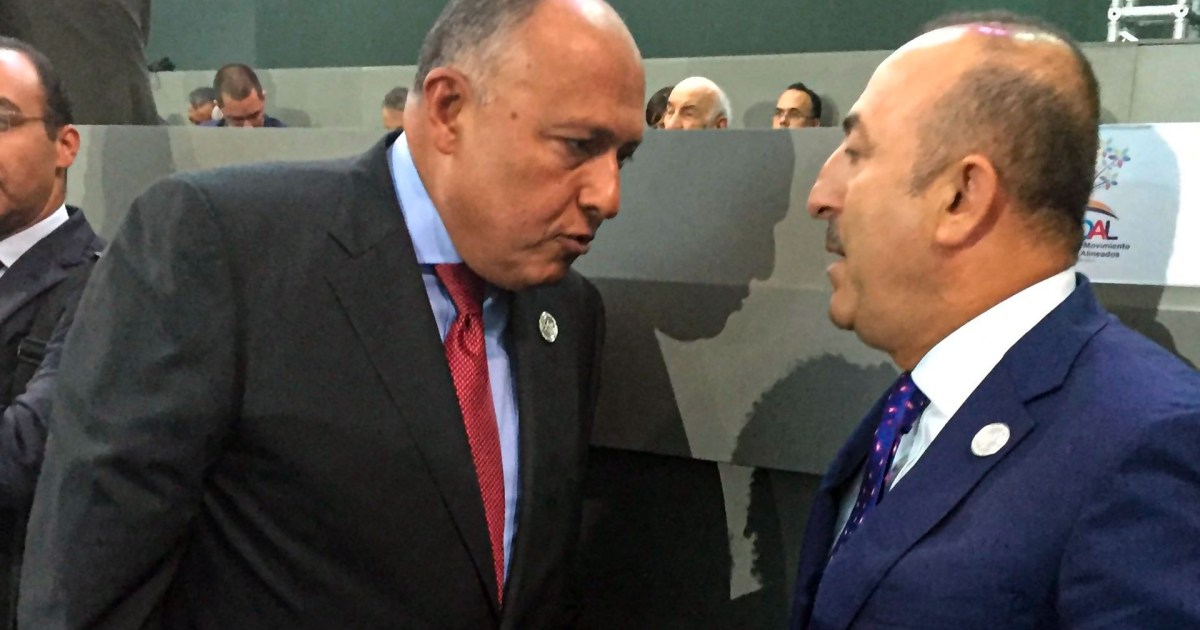 While the tense Egyptian-Turkish relations for years are heading towards calm and normalization, a crisis has suddenly emerged that threatens to inflame them again.

Following a possible deal in which Ankara sells drones to Addis Ababa, which is gathered in Cairo, a state of tension over the construction, filling and operation of the Grand Ethiopian Renaissance Dam on the Blue Nile, the main tributary of the Nile.

A few weeks ago, Egypt and Turkey concluded bilateral talks in the capital, Ankara, and confirmed their desire to take more additional steps to make progress on outstanding issues and restore diplomatic relations, the second after a Turkish delegation visited Cairo last May.

However, he linked this to resolving outstanding issues, foremost of which is the Libyan file.

Is the potential drone deal for Ethiopia an obstacle in the path of the return of bilateral relations?

In response to that;

Political analysts - who spoke to Al Jazeera Net - agreed that the deal of possible Turkish rallies to Ethiopia may come in the context of pressure papers in the current negotiation processes between Cairo and Ankara, without affecting the balance of power in the region as it is not large, but it still has a more important political meaning, than Without affecting the talks on the return of bilateral relations again.

This comes at a time when Addis Ababa is striving to strengthen its military forces to confront the tribal rebellion on the one hand, and to find a military balance with Sudan following the border crises, as well as to improve its defense capabilities in light of the frequent threats from time to time to target the Renaissance Dam militarily on the other hand.

For its part, Turkey has expanded its regional influence in the countries of Upper Nile and the Horn of Africa, in the context of its efforts to achieve security and geopolitical balances in the region, and within the framework of the strategic goals of becoming a competitor in the arms market and the independence of decision-making.

Egyptian security sources as saying that Cairo had asked the United States and some European countries to help it freeze a deal under which Turkey would sell drones to Ethiopia. through which to repair bilateral relations.

While Turkey and Ethiopia have not officially announced the drone deal yet, Turkish news platforms for the defense and military aviation industry in Turkey quoted on October 16, Selcuk Bayraktar, CEO of the Turkish company Baykar, the manufacturer of the drone, "Bayraktar", as saying that His country has managed export relations with more than 10 countries.

She pointed out that Ethiopia is among the countries closely interested in acquiring Turkish drones, and there is a high probability that it will be one of the ten countries mentioned by Bayraktar.

Turkish arms exports to Ethiopia last August amounted to $51.7 million, possibly including Bayraktar drones, according to the same source, who did not give details of drone sales.

And the Turkish embassy in Ethiopia had previously denied last July providing drones to Addis Ababa, explaining that "the allegations circulated on social media that Turkey is providing Ethiopia with drones are false."

In mid-August, Ethiopian Prime Minister Abiy Ahmed visited Ankara in an important indicator within the context of bilateral relations that have gone through multiple twists and turns in recent years. Ethiopia's friendship is very important, stressing the critical importance of the agreements signed by the two countries that will strengthen relations for many years."

The two sides also signed a number of joint agreements, in the areas of cooperation in military spending and in the field of water resources, at a time when Turkey has become the largest investor in Ethiopia after China, according to previous statements by Turkish officials.

Professor of Political Science at Cairo University Hassan Nafaa said that the deal will not affect the balance of power in the region, as it is not large, but its political significance remains more important.

In statements to Al Jazeera Net, Nafaa explained that Egypt sees Ethiopia at the present time as one of the countries that adopt hostile policies and between them there are major problems that need solutions, and therefore any country that approaches it - particularly through armament deals - will not feel Egypt towards it any kind of satisfaction. This is, in one way or another, a hostile act directed at Egypt, especially since the Egyptian-Turkish relations are still in a sensitive stage, in the exploration stage, and have not improved to the degree to which the two sides aspire yet.

Regarding the Turkish position, Nafaa believed that there must be reasons behind this step, which may come in the context of each party’s attempt to collect pressure papers on the other party to improve its negotiating position, noting that Egypt, for example, has distinguished relations with Greece, which Turkey considers a hostile country. Least not a friendly country.

As for the possible repercussions of the Turkish-Ethiopian deal, Nafaa expected that if it was completed and confirmed, it would not affect the Egyptian-Turkish desire to improve relations, especially since it is a small deal, but if it is followed by certain political positions or other more massive deals, it will definitely affect the relations between the two countries, which have not yet reached The required level.

Starting from the recent exploratory tours between the two countries, the Egyptian academic and researcher in political science, Mohamed Al-Zawawi, considered that the Egyptian-Turkish relations have not yet reached the stage of cooperation or alliance, whether tactical or strategic, which is a competitive relationship in the first place.

Regarding Egypt's request to stop the rallies deal to Ethiopia, Al-Zawawi considered it "meaningless" in statements to Al Jazeera Net, adding that pressure on Turkey from the United States or Europe would also be useless;

Given the Turkish strategic goals to become a competitor in the arms market and the independence of Turkish decision-making based on its sovereign goals and national security.

ruling out any possible effects of the Turkish marches upon the outbreak of the Egyptian-Ethiopian conflict;

But he expected the Turkish marches to be an important card in any future negotiation processes, whether with regard to forming a new structure for alliances, or increasing its share in the global arms market in the near term.

With regard to the Egyptian fears of the growing Turkish influence in the Upper Nile, Al-Zawawi stressed that the relationship between the two parties so far is still fragile, and both are wary of the other and are progressing very slowly.

The absence of a desire to restructure the structure of alliances on the part of Cairo, which does not want an increased role for Ankara in the Middle East, even if within the framework of strategic relations that benefit both sides.

Excluding the possible negative impact of the deal on his country's relations with Egypt, Turkish researcher and political analyst Firas Radwanoglu said that Egyptian concern about the deal is normal.

Given that Ethiopia owns these marches without regard to the countries that export them, even if it is an ally of Egypt, such as the United States.

In statements to Al Jazeera Net, Radwan explained that the Egyptian concern stems from the expansion of Ethiopia's influence, which has become a large country with huge projects, some of which are at a strategic level, affecting Cairo.

He stressed that Turkey is not worrisome to Egypt, and his country has the right to sell weapons to whomever it wants in the context of the search for profit, explaining the difficulty for Egypt to persuade Turkey to abandon the deal as it comes within the framework of bilateral relations between countries, and on the other hand, Egypt is a large country that can buy anti-aircraft and drones that It can also manufacture it.

With regard to the Ethiopian side, the Turkish researcher saw that Addis Ababa is trying to exploit its relations with Ankara, as well as the stagnation of Egyptian-Turkish relations for its own benefit, which worries Egypt, ruling out at the same time linking the rallies deal to the Renaissance Dam, and cited the importance of Ethiopia in the balances of the Nile Basin countries in the context of the conflict between regional powers in the Middle East.

Davutoglu said that if his country saw its interest with Egypt, it would stop this deal in exchange for something big (he did not specify), but at the same time it would not lose a great ally like Ethiopia, explaining that there are great strategic relations between the two countries, and it is a strategic mistake for Turkey to give up this relationship. In exchange for a frozen relationship with Egypt.

In this regard, the Turkish researcher ruled out the link between the Egyptian-Greek agreements and Turkish endeavors to strengthen relations with Ethiopia, but indicated that everything remains possible, and Turkey will continue to pressure Egypt for things in return for things.