“Maintenance” imposes hybrid education on schools on the eastern coast

Private and public schools on the eastern coast were forced to implement the hybrid education system due to maintenance work, and their inability to implement 100% realistic education, especially since the classroom space does not match the government requirements required for the distance between students, so the demand was divided. 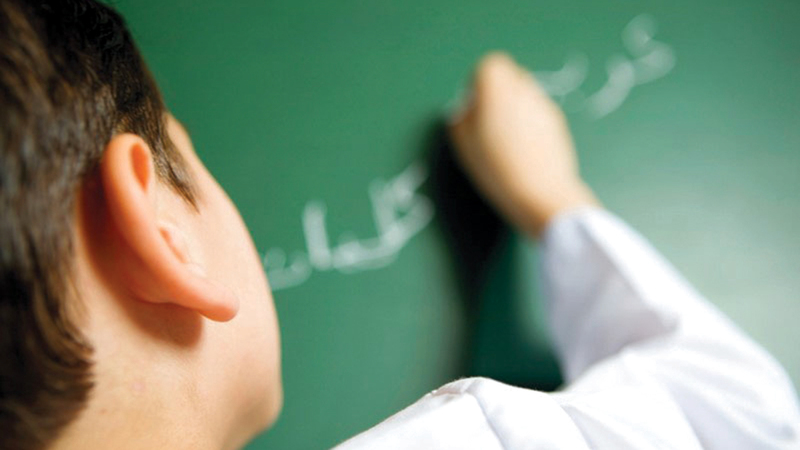 “Maintenance” imposes hybrid education on schools on the eastern coast

Private and public schools on the eastern coast were forced to implement the hybrid education system due to maintenance work, and their inability to implement 100% realistic education, especially since the classroom space does not match the government requirements required for the distance between students, so the students were divided into two groups for realistic attendance. Each group has two days a week in order to enable them to interact directly with the study environment, and to achieve the goals of teaching and learning.

The administrations of public and private schools in the eastern coast confirmed that some schools are being maintained at the present time, and some of them have limited capacity for students, pointing out that the students’ families are demanding quick solutions for the students to return to 100% realistic education in order to enable their children to receive daily lessons in a better manner. Live.

In detail, the parents of students in different educational stages on the eastern coast demanded that their children return to 100% realistic education due to their busyness at work, noting that the students of the kindergarten and first cycle stages need to be followed up during the school day "from a distance", which exhausts them because of the lack of Their presence at home as a result of their preoccupation with their jobs, which may affect their children’s educational levels, noting that the hybrid education system is not suitable for children because they do not adhere to “remote” classes.

An administrator in a private school in the Emirate of Fujairah, who preferred not to mention her name, stated that the student’s capacity is limited, and the number of students is not commensurate with the requirements and precautionary measures and the necessity of physical distancing between students in classes, and others, which prompted the school to conduct urgent maintenance to comply with these requirements and preventive measures. .

She added that the school obligated the students studying remotely to wear the school uniform and operate the cameras, pointing out that all students actually perform the central exams and the short exams "from a distance."

While a teacher at a government school in Fujairah, Fatima Muhammad, confirmed that school maintenance called for the adoption of "distance" education, and after the completion of maintenance work, education will return to a realistic 100%, pointing out that before the "Corona" pandemic, the practice was to integrate a number of schools when There will be a school under maintenance work, but the precautionary requirements that oblige the school to distance in order to preserve the safety of students, imposed on schools to adopt distance education as an optimal option with setting conditions and controls for students while attending remotely, such as wearing school uniforms and operating the camera in approved types of learning and during Central exams and quizzes.

In addition, the mother of a student in the foundation stage in a private school in the Emirate of Fujairah, Noor Abdel Wahab, confirmed that the level of her son's education improved a lot as soon as the study returned to the real system, but the school implemented the hybrid system two weeks after the beginning of the school year, which called on the parents to demand Students return to the real education system due to their association with their jobs.

She pointed out that her son lacks good writing and reading skills, despite the passage of three semesters, noting that she trains him on a daily basis and does homework with him. foundational.

The opinion was supported by the mother of two students in the foundational stage in a private school in the eastern region of the Emirate of Sharjah, Sheikha Ali, saying that the maintenance work postponed the resumption of realistic studies since the beginning of the school year, stressing that her preoccupation with the job during the period of her two daughters receiving lessons remotely may be a reason for their inability to Of the basic skills yet.

She added that she seeks on a daily basis to improve their performance, but she does not have the skill to deliver the information correctly, which made her hire a private tutor to train her two daughters throughout the week in basic skills.

An administrator in a private school in the city of Kalba in the Emirate of Sharjah, who preferred not to be named, said that the school adopted the system of dividing students into groups and applying the hybrid education system due to the lack of transportation capacity, where the students were divided into two groups, so that each of them takes turns attending the school, for a week. for each group.

She stressed that the regulations to be implemented depend on receiving half the number of students inside the school from each division at all stages, taking into account the levels of students, while providing intensive academic support while students attend school, and that the group that receives distance education studies at the same time with the group. that receive a realistic education.

• The numbers of students in schools that do not comply with the precautionary and preventive requirements and procedures.

• The precautionary measures and requirements oblige schools to maintain social distancing in order to preserve the safety of students.