Asia struggles to shake off coal addiction despite climate emergency Cilegon (Indonesia) (AFP) The large coal-fired power station of Suralaya in Indonesia and its thick toxic fumes illustrate the difficulties faced by Asian countries, with economies still heavily dependent on fossil fuels to achieve an energy transition essential to save the climate. Asia-Pacific accounts for three-quarters of global coal consumption, even as the region is particularly vulnerable 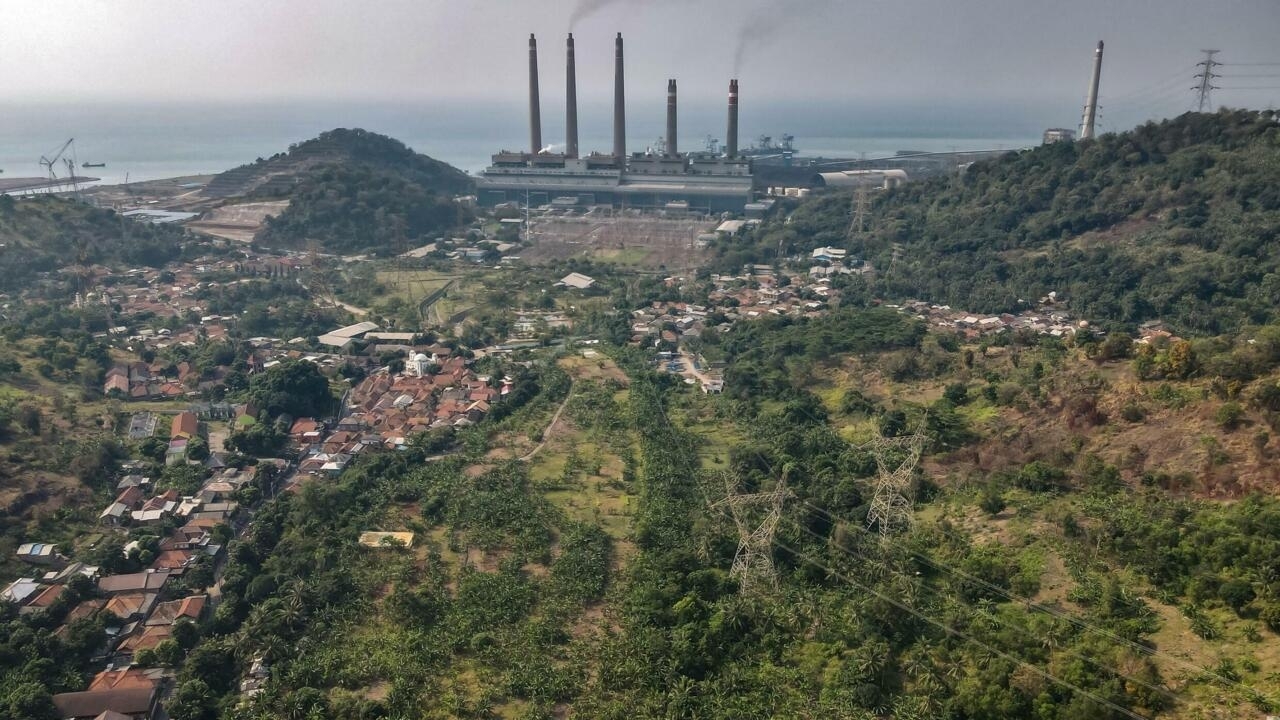 The large coal-fired power station of Suralaya in Indonesia and its thick toxic fumes illustrate the difficulties faced by Asian countries, with economies still heavily dependent on fossil fuels to achieve an energy transition essential to save the climate.

Asia-Pacific accounts for three-quarters of global coal consumption, even as the region is particularly vulnerable to the impact of climate change with deadly pollution levels in India or extreme heat waves and wildfires. forests in Australia.

Promises from China and other countries to achieve carbon neutrality raise hopes for a cleaner future, but the region is embarked on an all-too-slow transition to renewable energy, observers say.

"We are moving much slower than the impact of climate change. We are running out of time," notes Tata Mustasya of Greenpeace Indonesia.

Change is particularly arduous in the region, one of the last strongholds of coal, the most polluting energy.

However, recent promises to stop the construction and financing of new power plants should not affect the many projects already underway.

The giant coal-fired power plant of Suralaya, on the Indonesian island of Java, one of the largest in Southeast Asia, illustrates this challenge.

Indonesia is aiming for carbon neutrality in 2060 and wants to stop building new coal-fired power stations from 2023. But the $ 3.5 billion expansion project for this power station is not being called into question.

Coal contributes a large share of the world's carbon emissions, making it a major threat to limiting temperature rise to around 1.5 degrees, the target of the 2015 Paris Agreements.

And it also has a heavy impact on public health.

In a village in the shadow of the Suralaya power station, coal dust often accumulates on houses and residents complain of various ailments.

"Coughing and difficulty breathing are reported problems in the region," said Misnan Arullah, a member of a local association campaigning against pollution.

"People complain of eye irritation when they work in the fields."

Edi Suriana lost her sister-in-law in 2010 to lung disease.

"She was exposed to coal dust when she worked at her stall," he told AFP.

"His store was 20 to 50 meters from where the ashes were being dumped" from the plant.

Without having formal confirmation from the doctors, the family believe that they have been the victim of the pollution.

Suwiro, a fisherman in the region, accuses the plant of causing a decline in the number and quality of fish in recent years.

“But since the area has become so polluted, we are happy when we put on 10 kilos,” says the 60-year-old, who like many Indonesians has only one name.

The extension of the Suralaya plant benefits from $ 1.9 billion in South Korean public funding and support from the electricity giant KEPCO, according to the NGO Solutions for our climate (SFOC), and this despite the Seoul's pledge to stop funding coal-fired power plants abroad.

A KEPCO spokesperson told AFP that the project, scheduled for 2024 and which should work for decades, was not affected by the ban since it is underway.

Governments "are committed not to dig the hole any more, but do not really have a plan for how to get out," said Sejong Youn, of the South Korean NGO SFOC.

China, the world's largest emissions producer, is aiming for carbon neutrality in 2060, and announced last month that it would stop funding coal-fired power plants abroad, without specifying the fate of ongoing projects.

But nearly 60% of its economy is fueled by fossil fuels and the authorities have just asked the mines to step up their production in the face of an energy crisis.

Japan has also promised to strengthen controls on the financing of power plants abroad, but without giving up completely.

Developing countries are demanding more help to reduce their emissions while rich countries have not kept a commitment to provide 100 billion dollars per year for the energy transition.

As the COP26 climate summit approaches, India, the second largest consumer of coal in the world, is asking for more funding to develop renewable energies and tackle climate change.

New Delhi has so far refused to set a deadline for achieving carbon neutrality and wants to continue investing in coal mines.

"It is not just a question of saying + shut down your coal-fired plants", we have to offer solutions. We need policies, funding, technologies, "he told AFP.

Despite the difficulties, there are positive signs, such as announcements by many financial institutions in Asia to end investments in coal.

China plans to increase the share of non-fossil fuels in its consumption from 16% now to 20% in 2025.

And India has pledged to quadruple its renewable energy capacity by 2030, according to IEA reports.

But activists are calling for faster action.