The rebirth of Venice, which after the pandemic has become the scene of the Italian cultural reopening, also passes through the return of weddings. Above all, one at a ... 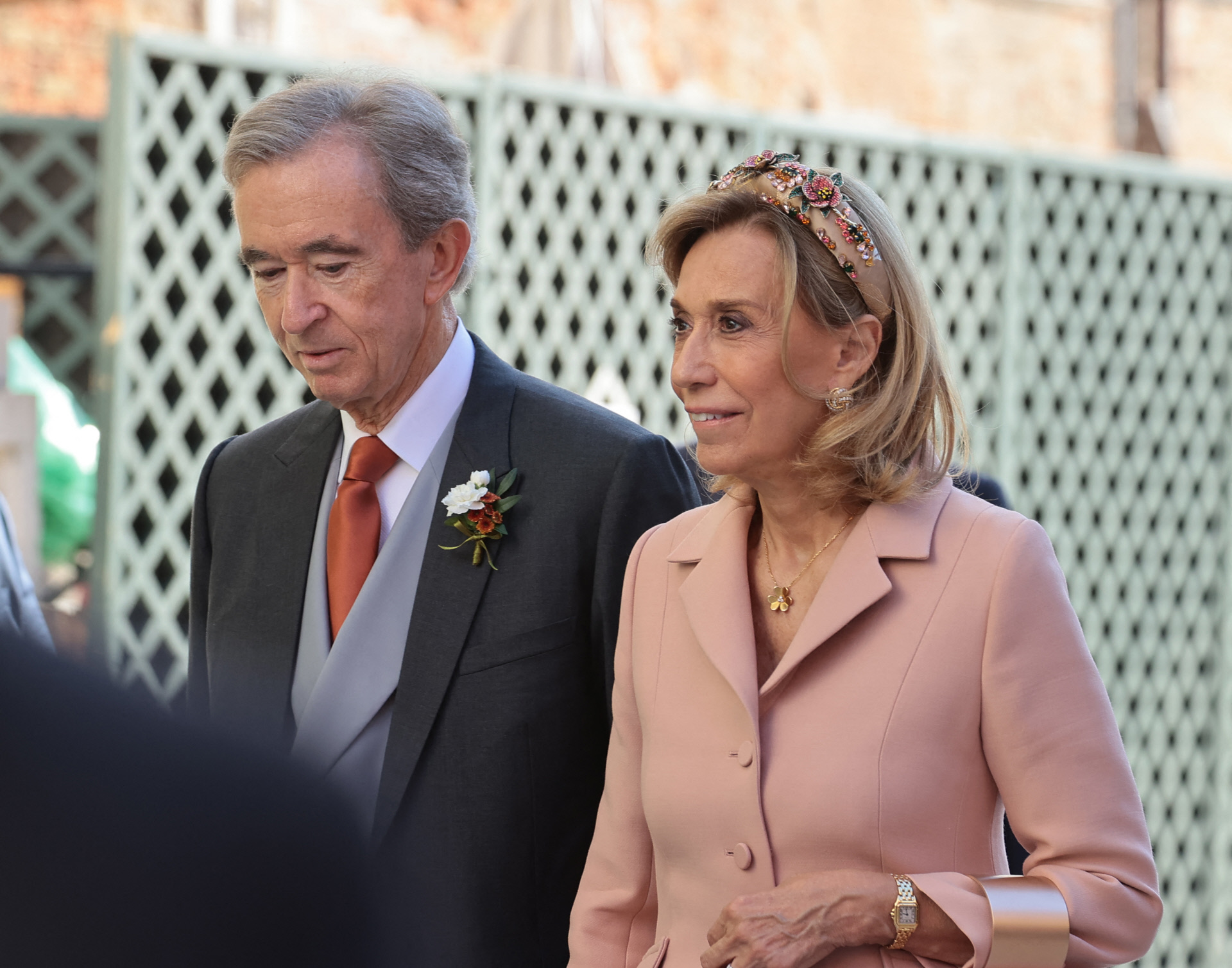 , which after the pandemic has become the scene of the Italian cultural reopening, also passes through the return of weddings.

Above all, one in particular: that of

, who got married on Saturday at 4:00 p.m. in the Church of the Jesuits in Cannaregio, starring in one of the most anticipated events by the international jet-set.

Alexandre, 29, is the executive vice president of T

and the son of Bernard, the owner of the luxury group LVMH (which recently held one of the top positions on the list of the world's richest).

Geraldine, his now wife, is the same age and is the founder of the French accessories brand D'Estrëe.

Bernard Arnault, at the wedding of his son Alexandre.GTRES

The couple said the yes I want officially in

, after a more intimate ceremony held last summer in Paris.

The bride, who chose a cream-colored Loewe dress designed by Jonathan Anderson for her wedding in France, on this occasion opted for a white dress with a lace bodice and tulip-style skirt, with an embroidered feather veil reminiscent of the dress worn by Grace Kelly at her wedding.

After the first ceremony held in Paris, it was said that the couple would choose the city of Puglia for their wedding in Italy, but finally opted for Venice.

There were friends from all over the world who filled Marco Polo airport with private jets.

A party with Beyoncé and Pharrell Williams

The wedding, which spanned

Alessandro Ristori and The Portofinos performed there, the Italian band that usually performs at the most coveted parties.

Antoine and Delphine Arnault, brothers of the groom.GTRES

The wedding marathon continued on Saturday with the yes I want in the church of Santa Maria Assunta, known as the church of Los Jesuitas, which featured an elegant decoration of flowers and tree trunks.

During the ceremony, the Orchestra del Cameristi della Scala and the Ghislieri choir performed, performing a repertoire of classical music, among which the interludes by Leonard Cohen (Alleluja) and Henry Mancini (Moon River) stood out.

The newlyweds, who announced their engagement in early 2021, have known each other for almost 23 years.

In fact, to announce the wedding in Paris they published a post on Instagram commenting: "It all started in 1998 and now it will be forever."

The final celebration was

held yesterday Sunday, since these lunches are the best tradition of new marriages in the social sphere.

More discreet and restricted was the other most prominent wedding in Italy this weekend: that of

In this case, the bride chose a Prada dress to go down the aisle.

In his case, they held a small gathering of old friends and an intimate ceremony in the church of San Pantalon, in Dorsoduro.

Finally, they organized a reception on the Grand Canal at the Palazzo Papadopoli, owned by the bride's family, which houses the Hotel Aman inside.

That's where, in 2014, George and Amal Clooney also got married.

BooksEncarna Sánchez, her hazardous personal life and the dark reasons that made her leave Mexico

CompanySandra Ortega: the richest woman lengthens the legal mess with her former manager