"Estates General of Justice" in France: Emmanuel Macron on the air of an electoral campaign

To respond to the unease of magistrates and to criticism of the slowness of the judicial machine, French President Emmanuel Macron launched this Monday, October 18, "States General of Justice ... 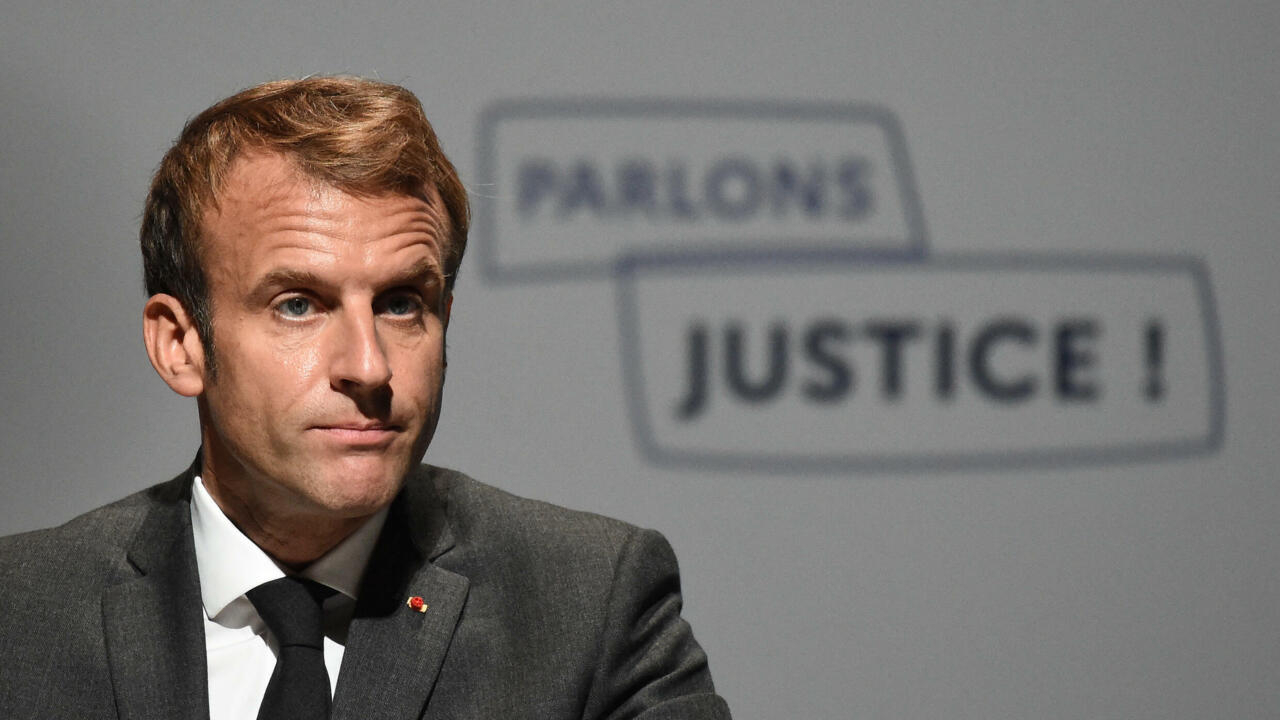 "Estates General of Justice" in France: Emmanuel Macron on the air of an electoral campaign

To respond to the unease of magistrates and to criticism of the slowness of the judicial machine, French President Emmanuel Macron launched on Monday, October 18, “Estates General of Justice”, responsible for proposing reforms to “reconsider” the system. .

A 5-month citizen consultation to reform and modernize the judicial institution.

from the France service of RFI

until the last quarter of an hour

The Head of State has defined two major axes for this consultation which will last five months: "

restore the civic pact between the Nation and justice

guarantee the efficiency of justice

And Emmanuel Macron to insist: “

The slowness, the heaviness of the public service of justice today does not satisfy anyone.

To listen: Estates General of Justice: "The urgency today is to provide the means" to the institution

An allusion to the attacks of Valérie Pécresse and Michel Barnier, right-wing presidential candidates.

I am amazed in our debates today to see that as soon as there is a problem, we come back to this old French disease which consists of saying

But Europe is us

All the texts to which we are submitted, we have built them in our discussions, then signed and then ratified.

What is this business ?!

Next February, two months before the first round of the election, a committee will issue its conclusions on the complaints of the French.

Proposals that could well become the backbone of the program for a possible second term of Emmanuel Macron.

To read also: Presidential 2022: the macronists between prudence and confidence