Nam-wook, boarding for return from LA... “I will go to the prosecution and reveal everything.”

Lawyer Nam Wook, a key figure in the Daejang-dong case, boarded a flight from Los Angeles, USA to Korea today. The prosecution said they would reveal everything, but I also mentioned the issue of dismissing Kim Man-bae's warrant to SBS reporters earlier. 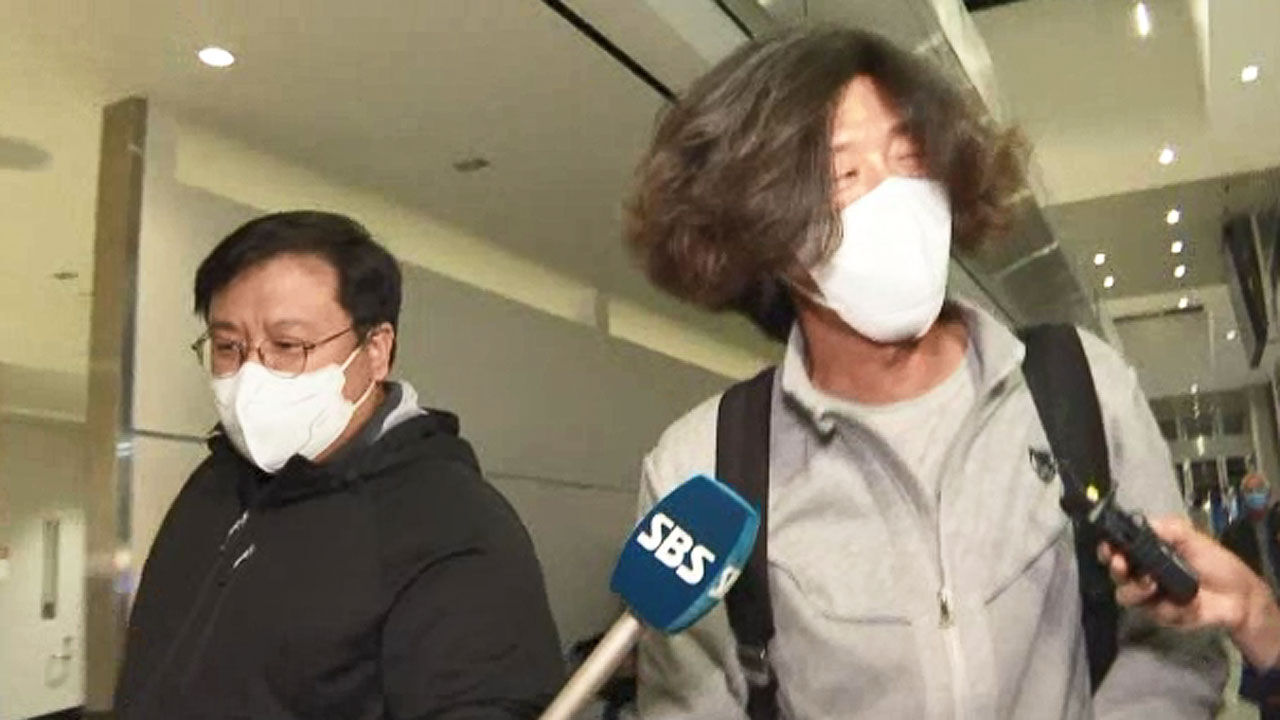 Attorney Nam Wook, a key figure in the Daejang-dong case, boarded a flight from Los Angeles to Korea today (17th). The prosecution said they would reveal everything, but I also mentioned the issue of dismissing Kim Man-bae's warrant to SBS reporters earlier.

Attorney Nam Wook appeared at Los Angeles Airport to catch a flight to Korea around 10 pm this time.

[Namwook/lawyer: (Are you out of the prosecution, at the airport?) I don't know, yet. You just go in once in a while. I will go in and tell you in detail (under investigation by the prosecution).]

Attorney Nam, who met SBS reporters in front of his San Diego house yesterday, one day before departure, said he did not understand why the warrant of Chairman Kim Man-bae, owner of Hwacheon Daewoo, was dismissed.

[Namwook / Attorney: (Chairman Manbae Kim's warrant dismissal) Isn't it ridiculous? no way (Are you saying it's ridiculous that the warrant was dismissed?) Yes. If that's true, isn't it strange that it was rejected?]

He said he was concerned that he might be held responsible for the mistakes of Chairman Kim Man-bae.

In addition, when asked how former Supreme Court Justice Kwon Soon-il, who gave an opinion of innocence in the Supreme Court ruling in the case of Gyeonggi Governor Lee Jae-myung's election law violation, and Kang Chan-woo, who served as the governor's defense attorney, respectively served as advisors and advisors to Hwacheon Daeyu, he was also curious. I did.

[Namwook/Attorney: (Recruiting former Supreme Court Justice Kwon Soon-il and lawyer Kang Chan-woo) I am very curious about that part, so I have to ask the person concerned.

They're all close to Kim Man-bae, but that's what happened.

It looks strange to anyone looking at it, now.

So this branch is constantly being attacked, and Manbae-hyung doesn't speak.

Attorney Nam said that the prosecutor's investigation schedule has not yet been decided after returning home, but there is a possibility that he will be arrested immediately after arriving at Incheon International Airport.