Germany: Bayern crushes his dolphin Leverkusen Leverkusen (Germany) (AFP) Bayern Munich went to crush their runner-up Bayer Leverkusen 5-1 on Sunday, to take back sole command of the Bundesliga after 8 days, with one point ahead of Dortmund, winner of Mainz on Saturday (3-1). The "Rekordmeister" delivered a humiliating demonstration at Leverkusen, scoring five times in the first 38 minutes, with a brace from Robert Lewandowski and another fr 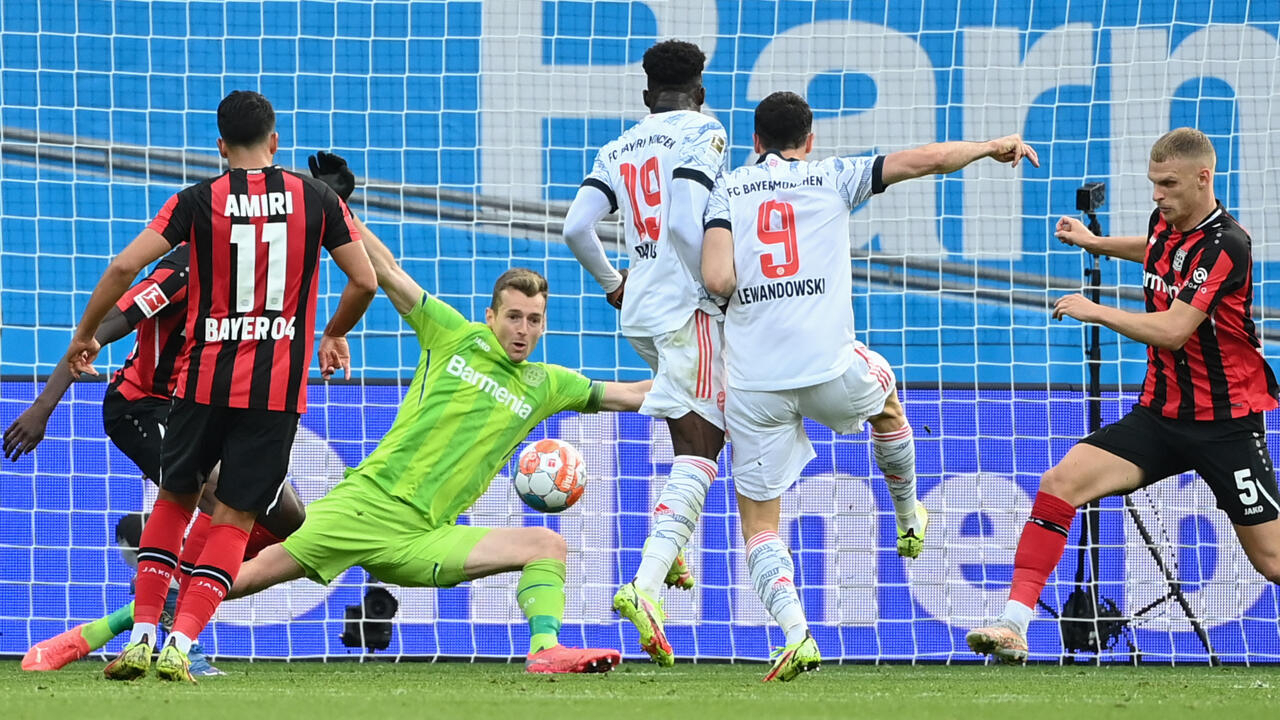 Bayern Munich went to crush their runner-up Bayer Leverkusen 5-1 on Sunday, to take back sole command of the Bundesliga after 8 days, with one point ahead of Dortmund, winner of Mainz on Saturday (3-1).

The "Rekordmeister" delivered a humiliating demonstration at Leverkusen, scoring five times in the first 38 minutes, with a brace from Robert Lewandowski and another from Serge Gnabry.

The Bavarians usually know how to sublimate exactly in this kind of match, when it comes to reminding their opponents who is the boss in Germany.

The last time they led 5-0 at the Bundesliga break was against their historic rivals Dortmund in March 2018.

"Bayern do not beat their opponents, they destroy them," dropped Borussia boss Hans-Joachim Watzke a few months later.

Leverkusen, who had the boldness to lead the standings on equal points before this meeting, has just had the bitter experience.

Bayern had already had an impressive start to the season (45 goals in nine matches in all competitions, before the 2-1 home loss to Frankfurt on the previous day), but Manuel Neuer's teammates played their best first on Sunday. period since the arrival on the bench of Julian Nagelsmann.

Almost everything has been perfect.

Lewandowski opened the scoring with a subtle deviation of the heel from the 4th minute, on a service from Dayot Upamecano, then doubled by the Pole in the 30th.

This second goal set off a fireworks display of four goals in nine minutes, during which the unfortunate Rhenish players only had time to engage and lose the ball: Thomas Müller (34th) and Gnabry (35th and 37th ) killed the match, after collective actions where Bayer defenders looked like juniors overwhelmed by events.

Lewandowski's double allows him to come back to Erling Haaland (Dortmund) at the top of the scorers standings, with nine goals.

"There are no words for that," sighed former Leverkusen player and international Stefan Kiessling at half-time.

With such an advantage, Nagelsmann turned, just to spare the forces before the trip to Benfica on Wednesday in the Champions League.

Five executives (including Müller and Lewandowski) were replaced at the break or during the second half.

Faced with this reorganized and somewhat demobilized Bayern, Leverkusen found a few colors after the break and was finally dangerous.

In the 55th, the Czech Patrik Schick launched in depth took Lucas Hernandez speed and saved the honor (5-1).

Before the kickoff, the French world champion had been the subject of all conversations.

Summoned by a judge on Tuesday in Madrid, he risks prison, for not having respected a removal measure imposed in 2017 after a fight with his partner (who has since become his wife).

He was sentenced to six months in prison in this case in 2019, but never served his sentence.

"Of course this matter has occupied us a lot," admitted club general manager Oliver Kahn before the game, "but this is a private matter and a legal process, and you will understand that we will not be speaking to this topic".

The club have, however, confirmed that Hernandez will perform well at his call-up.