Diaa El-Din Daoud: The opposition in the Egyptian parliament is limited to 3 deputies

Egyptian MP Diaa El-Din Daoud said that the opposition in the House of Representatives is limited to only 3 out of about 600 deputies, while the rest votes with the government, describing the political situation in Egypt as a pandemic that needs a vaccine of freedom. 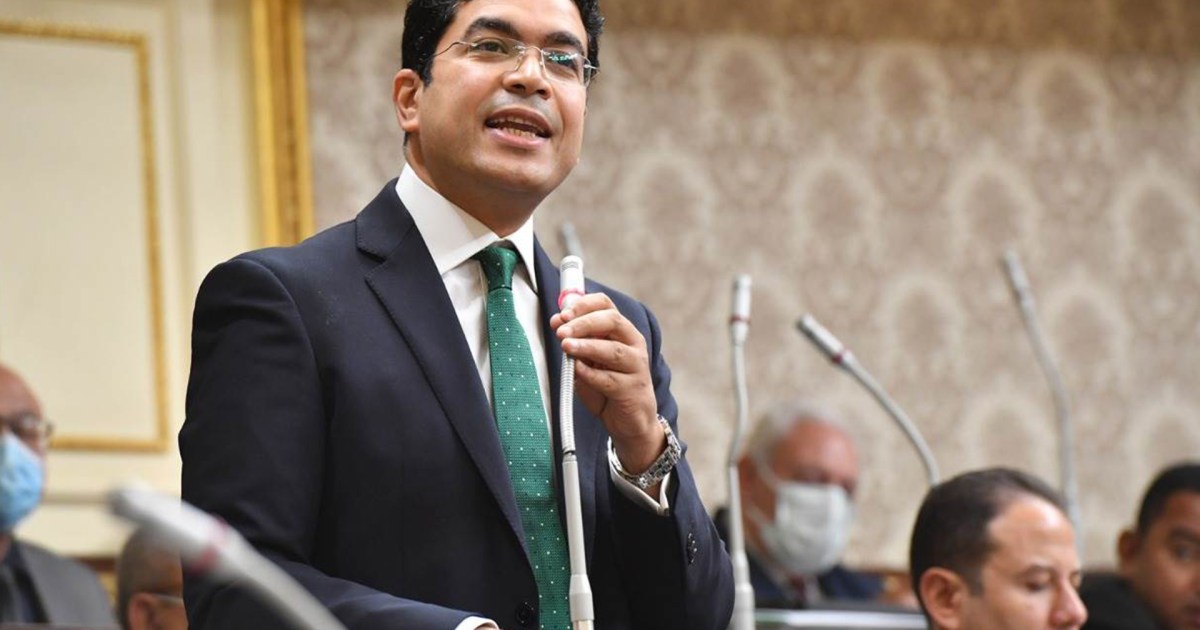 Egyptian MP Diaa El-Din Daoud said that the opposition in the House of Representatives is limited to only 3 out of about 600 deputies, while the rest votes with the government, describing the political situation in Egypt as a pandemic that needs a vaccine of freedom and pluralism.

During an interview with the “Al-Hekaya” program - broadcast on the Saudi-owned MBC Masr channel - the young MP said that he speaks according to what he sees during the voting processes in the parliament, regardless of the names of the parties, where the reality indicates that everyone votes With the Mostaqbal Watan Party, which has the majority, while the other vote is limited to 3 members, another two or three may join them in some discussions and issues.

And the deputy went on, during his meeting with the famous media, Amr Adib, yesterday evening, Saturday, that they call the trio “the rose in the buttonhole of the jacket” in reference to their being just an “accessory” to beautify the image of Parliament, and added, “They say that they let us talk; they may say that my meeting today is in this The program is a show of opposition.

Daoud - who is the nephew of the late politician and parliamentarian Diaa al-Din Dawud - described the scene in the parliament hall when laws were issued that the approval is usually by a majority in full proportion, except for the opposition trio only, pointing to the absence of their voice because of the number, and despite giving the Speaker of Parliament the opportunity to speak;

After all, we are 3, and if each deputy gets 3 minutes, the total number will be 9."

The deputy recalled the political scene in Egypt during the rule of the late President Mohamed Hosni Mubarak, when the issuance of decisions and laws was preceded by holding meetings in the higher bodies of most Egyptian opposition parties, and you felt them outside the walls of Parliament.

The Egyptian dissident questioned the reality of the desire for political pluralism in Egypt at the present time, describing the country's political situation as a pandemic that needs two "vaccines" of freedom and political pluralism to create a political climate and to build an internal buffer wall against attacks.

The Renaissance Dam is a nuclear bomb

Representative Dia El-Din Daoud, during the dialogue, touched on the issue of the Renaissance Dam, where he said that it is an existential issue, adding that President Abdel Fattah El-Sisi used rough language in talking about the issue, there was a realization that the country is facing a decision that may be taken, and we hope that this decision will not come too late. .

Daoud pointed out that the Egyptian parliament authorized the armed forces, since we were on the western front, to take any decision to deal with any threat to national security in all directions.

The Egyptian MP stressed that his country does not have the luxury of delaying the decisions of the Renaissance Dam, and that "we cannot be in front of a water nuclear bomb used to bring Egypt to its knees politically to achieve any political gains."

Dia al-Din Daoud said that although the number of opposition in the parliament hall was limited;

It expresses the opinion of the majority in the Egyptian street, and represents the people's mouthpiece that conveys their voice to Parliament, at a time when all parties vote in one direction, which is the direction of the government's desire.

Daoud denounced the Minister of Education’s decision to appoint teachers with the quota for 20 pounds, stressing that this type of teachers is not worthy of Egypt and is unable to create a generation capable of facing the future, calling for budgets - such as those provided for other projects worth tens of billions - to support health and education, because Building in humans is more important than building in stone.

The emergence of the opposition

It is new to note that the Egyptian opposition figures have suffered for many years from being absent from the media, especially television screens, and their appearance was not allowed until after a meeting with parliamentarian Margaret Azar, former deputy of the Human Rights Committee in the Egyptian House of Representatives, during an interview on the British "BBC" network.

During the episode of the “Dialogue Point” program, presenter Rasha Kandil surprised the faculty, Margaret Azar, by asking about the last time she saw an opponent on Egyptian channels, and the last time someone spoke in the public sphere against the Egyptian sovereign decisions and did not announce after that that he was targeted in one way or another. Margaret stuttered and found it difficult to The response before she pointed out the appearance of an Egyptian writer criticizing the peace agreement with Israel (which was signed more than 40 years ago).

After this meeting, and the uproar and ridicule it caused, the journalist close to the regime, Amr Adib, began hosting a number of figures affiliated with the opposition. Religion David.

"When was the last time you saw exhibitions on Egyptian channels?"

How was the answer of Dr.

Margaret Azar, Undersecretary of the former #HumanRights Committee in the Egyptian House of Representatives, to @RashaQandeelBBC at Talk Point #Egypt pic.twitter.com/CdFyMjoo3E