Humans used tobacco more than 12,000 years ago. New archaeological finds move the tobacco industry several thousand years back in time and shed light on how tobacco gained control over humans. 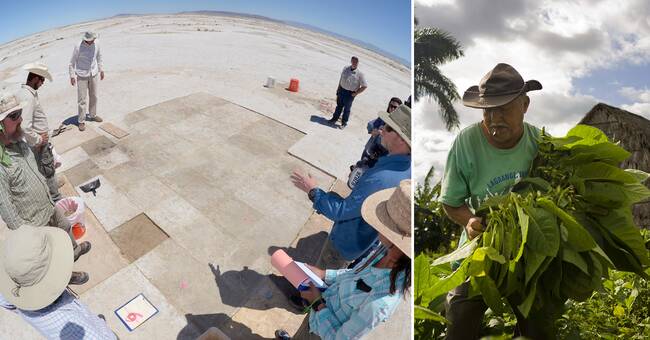 It is American archaeologists who examined the early remains of a gathering hunter-gatherer in the Great Salt Lake Desert in Utah who are behind the discovery.

In investigations of an ancient fireplace in the desert, they found burnt seeds from tobacco plants.

How the tobacco was used is unclear, smoked or chewed and spit out under the stars in the wilderness.

Archaeologists believe that the finds undoubtedly tell of an ancient use of tobacco.

Tobacco plants did not grow naturally at the place where the finds were now made.

They have been transported from plantations several kilometers away.

- The tobacco has been deliberately taken by the people who temporarily camped on the site, says archaeologist Daron Duke.

The discovery is published in the journal Nature Human Behavior and moves the history of tobacco workers several thousand years back in time.

The oldest oldest finds are from pipe-smoking people about 3,000 years ago.

Also in North America, where pipe smoking was an important part of indigenous peoples' culture and society, according to archaeologists.

The grip of tobacco

"Researchers have assumed that the use of addictive drugs has been an original human activity, perhaps as an inherited drive," says Daron Duke.

The new findings confirm that picture and help us understand the driving forces behind the later cultivation of tobacco, its use and the global spread of tobacco.

The tobacco plant originated on the American continent, and was brought by Columbus and other explorers to Europe in the 16th century.

Thereafter, the mill spread across Europe and the rest of the world.

In Sweden, tobacco was first mentioned in customs accounts in 1601.