Al-Kazemi affirmed its integrity, and al-Sadr accepted it.. Protests against the results of the Iraqi elections, and the Hezbollah Brigades vow to escalate matters

Reactions to the initial results of the early legislative elections are continuing in Iraq, between supporters and opponents, while the country is witnessing limited protests rejecting their results and questioning their integrity. 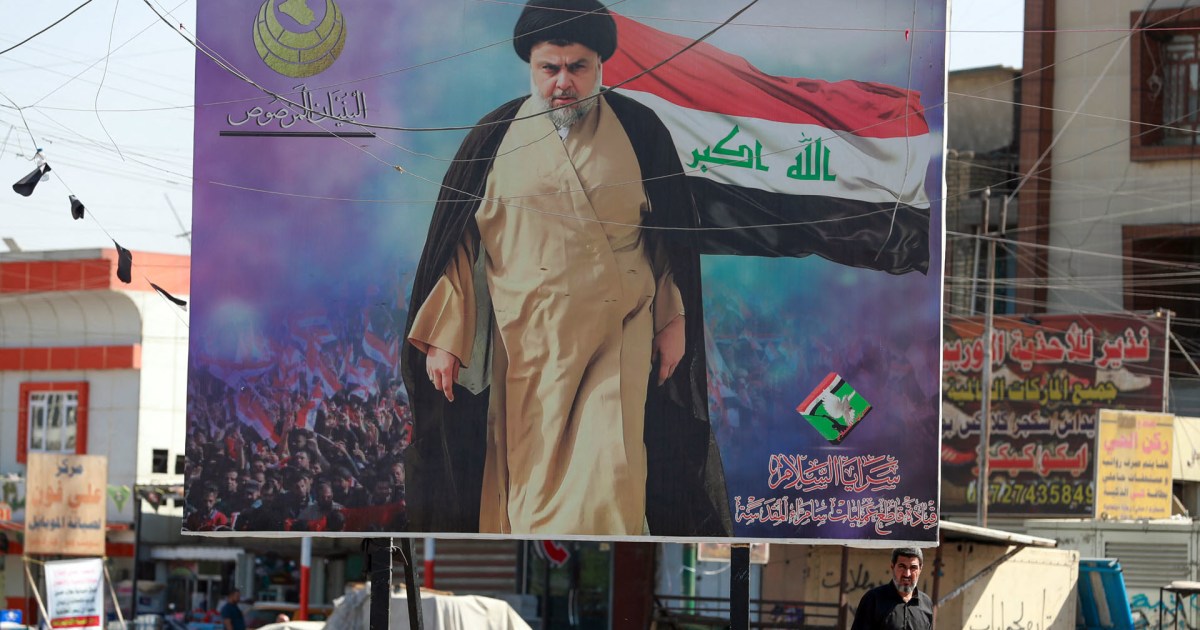 Reactions to the initial results of the early legislative elections are continuing in Iraq, between supporters and opponents, while the country is witnessing limited protests rejecting their results and questioning their integrity.

Dozens of people took part in demonstrations in Baghdad and Basra in southern Iraq against the electoral commission and the announced results. Protesters blocked some roads and set tires on fire in a scene of anger.

On the political level, the most prominent new reactions came from the leader of the Sadrist movement, Muqtada al-Sadr, the first winner in the elections. He announced his acceptance of the results, describing the Sadrist bloc as the largest, and that it seeks non-ethnic and non-sectarian alliances.

On Sunday, Iraqi Prime Minister Mustafa Al-Kazemi stressed the integrity of the elections that his country witnessed on October 10, expressing his rejection of blackmail, in light of the Shiite political blocs rejecting the results.

In his speech during a celebration in the city of Adhamiya in Baghdad on the occasion of the anniversary of the Prophet’s birthday, Al-Kazemi said that politics means serving people, leading them for the better, taking care of them and resolving their disputes and problems, indicating - according to a statement by his media office - that it (politics) has unfortunately become for some concepts of blackmail, lying, fraud, conflict and deception. the people.

He said that his government had fulfilled its promise to its people by organizing early and fair elections, in which the Iraqis chose their representative.

He stressed that the new deputies have moral and patriotic duties towards their people, and they have a duty to restore people's confidence in political work and restore confidence in democracy.

On the other hand, the Iraqi Hezbollah Brigades called, on Sunday, for the trial of the outgoing prime minister, Mustafa Al-Kazemi, and vowed to escalate matters to unimaginable consequences if work is not done as soon as possible to restore the rights of voters and their candidates.

The military spokesman for the Iraqi Hezbollah, Abu Ali Al-Askari, said that what happened in the parliamentary elections a few days ago is the biggest fraud and deception on the Iraqi people.

He added that accordingly, Al-Kazemi must be prosecuted for his actions, the latest of which is the major treason that he committed in collusion with enemies to rig the elections.

The Iraqi Hezbollah is part of the coordination framework that includes political forces and factions of the Popular Mobilization, most notably the Al-Fateh Alliance, the State of Law and Asa’ib Ahl al-Haq.

And on Sunday, this coordinating framework accused the Al-Kazemi government and foreign parties (a reference to Washington) of falsifying the election results, after it obtained 51 seats out of 329.

According to the preliminary official results, the Al-Fateh Alliance won only 14 seats, after it came second with 48 seats in the 2018 elections.

While emerging forces rose for the first time, including the extension movement (9 seats), which was formed by activists in the popular protests, in addition to the rise of at least 20 independent deputies.

The Sairoon Alliance - backed by Shiite cleric Muqtada al-Sadr - topped the results of the 2021 elections, as it was in 2018, but increased its seats from 54 to 73.

This number of seats does not authorize al-Sadr to form the next government on his own, and in light of his severe differences with the rest of the Shiite blocs, he is forced to ally with blocs and forces from the Sunnis and Kurds, to ensure that the government passes in Parliament by a simple majority (50 + 1), that is, 165 deputies.

Behind al-Sadr's alliance, the (Sunni) Progress bloc, led by the dissolved Parliament Speaker Muhammad al-Halbousi (Sunni), was dissolved with 38 seats.

It is scheduled, within days, that the Electoral Commission will resolve the appeals against the results, and send the final results to the Federal Court for approval and announcement.

These elections were held a year ahead of schedule, after unprecedented protests in Iraq, starting in early October 2019, and lasting for more than a year, and toppling the previous government led by Adel Abdul-Mahdi in late 2019.