Accidental shotgun shot. It was not the father but the little brother who killed the 15-year-old

It was not the father but the thirteen-year-old son who exploded the shotgun that killed a 15-year-old girl in San Felice del Benaco, Bresciano 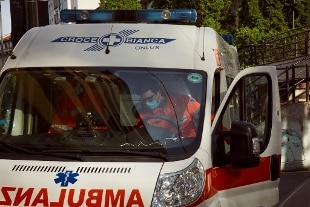 October 17, 2021: Father and son were showing the gun to the girl when the 13-year-old pulled the trigger and hit her sister in the chest.

This is what emerges from the interrogation of the father who was heard in the night by the prosecutor of Brescia Carlo Milanesi.

Initially, the gunshot, which started inadvertently, was attributed to his father, 57, with a past as a councilor in the town.

After the interrogation, the dynamics of the tragedy were clarified.