Waste management: € 2.6 billion for new plants and for the circular economy 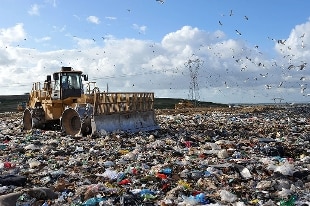 October 16, 2021 One and a half billion euros for the construction of new waste management plants and for the modernization of existing ones for municipalities and local authorities and another 600 million for the realization of flagship circular economy projects to strengthen and implement strategic industrial supply chains and make up for the scarcity of raw materials, 65% of which is consumed in cities.

The Ministry of Ecological Transition has published the decrees signed by Minister Roberto Cingolani with the selection criteria for projects relating to separate collection, recycling plants and '' flagship '' initiatives for the paper and cardboard, plastics, WEEE and textile industries .

The notices, prepared with the support of Invitalia, for the presentation of proposals were also published yesterday, October 15, on the Mite website.

The measures aim at the development of the circular economy according to the guiding criteria of the European action plan with the aim, explains a note, of reaching the European recycling targets and contributing up to 50% to the achievement of the decarbonisation objectives.

The public consultation on the programmatic lines of the national strategy for the circular economy is open from 30 September to 30 November.

In addition, the decree relating to the approval of the operational plan for the advanced and integrated monitoring and forecasting system allocates another 500 million euros to equip Italy with technologically advanced tools to protect the territory and infrastructures, avoiding the illegal transfer of waste. , fires and optimizing emergency management.