Tribute to Samuel Paty in his city, his college and at the Élysée

The day after a day marked by tributes paid in the classes, the memory of Samuel Paty will be honored on Saturday in the cities where he lived and where he taught, as well as in Paris, where a p ... 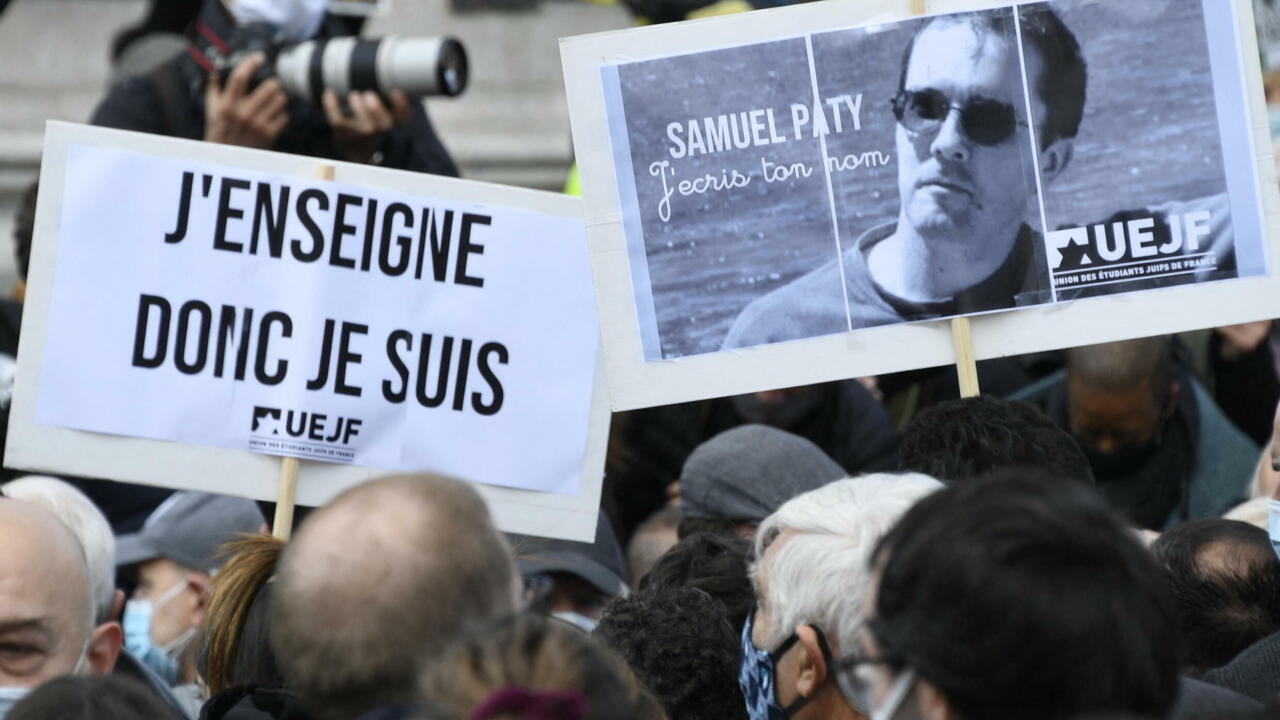 One year to the day after his assassination, tributes to Professor Samuel Paty take place, Saturday, October 16, in the Val-d'Oise where he lived, in the Yvelines where he taught, and in Paris where his family will be received at the 'Elysium.

From 10:30 am, in the entrance of the Ministry of National Education, must be inaugurated "a plaque which will forever pay tribute to Samuel Paty", in the words of Minister Jean-Michel Blanquer.

Prime Minister Jean Castex and other members of the government will be present alongside the parents and family of Samuel Paty.

>> To read: Assassination of Samuel Paty: one year later, confidences of students and teachers

At the beginning of the afternoon, in Conflans-Sainte-Honorine (Yvelines), during a rare speech, teachers from the Bois d'Aulne college where Samuel Paty taught will deliver a speech, in particular in front of students and parents, the former principal of the establishment and the Minister of National Education.

Already on Friday, countless schools, colleges and high schools across France had honored the memory of the history-geography teacher, brutally murdered on October 16, 2020 - stabbed and beheaded - for showing caricatures of Muhammad to his students during a course on freedom of expression.

A Samuel Paty square in Paris

It was in a street in Eragny-sur-Oise (Val-d'Oise) that the attack occurred, just a few hundred meters from the teacher's college.

Residents of this town of nearly 16,000 inhabitants where Samuel Paty, father of a little boy, lived, must meet in the middle of the morning.

Neighbors and friends are expected there, according to the town hall.

At 3 p.m., the town hall of Conflans-Sainte-Honorine will unveil a monument in the shape of a book in one of the city's central squares.

Samuel Paty's family will then be received by Emmanuel Macron at the Élysée.

>> To see: Homage to Samuel Paty: secularism in question in French schools

Finally, a square located opposite the Sorbonne, rue des Écoles, will be renamed Square Samuel Paty, during a ceremony that the mayor of Paris wants to be simple and collected.

In an interview with La Croix this week, one of Samuel Paty's sisters, Gaëlle, described him as a teacher "who did not seek to revolutionize the whole earth" but "wanted to change things through ordinary action" .

For a year, the traumatized teachers of the college of Bois d'Aulne, solicited by the media, had remained silent.

But the commemoration approaching, seven of the fifty teachers of the college agreed this week to tell Liberation and France Inter "their Samuel Paty", involved with his students and always ready to debate with his colleagues: "a human being like any other "and not" the kind of myth "that the attack made him become in spite of himself, said one of them.

After the attack, many teachers at the college asked for work stoppages.

"Up to fifteen teachers may have been absent simultaneously," indicates the rectorate of Versailles, which has put in place a hotline until the end of October.

During the tribute in the establishment, students will recite slams written around freedom.

The college community was also struck by the fact that five students, aged 13 to 15 at the time of the facts, were indicted on suspicion of having designated the teacher to his murderer.

The attack was "an upheaval in several respects" and its "repercussion remains considerable", notes Jean-Jacques Brot, prefect of Yvelines.

From a security point of view, "this involved a leap in the thinking of all the services, whether it be the Ministry of the Interior or National Education, in terms of information, analysis or forecasting" .