About two thousand Georgians who suffered during the presidency of Mikhail Saakashvili gathered for a rally near the Rustavi prison, where the politician is. 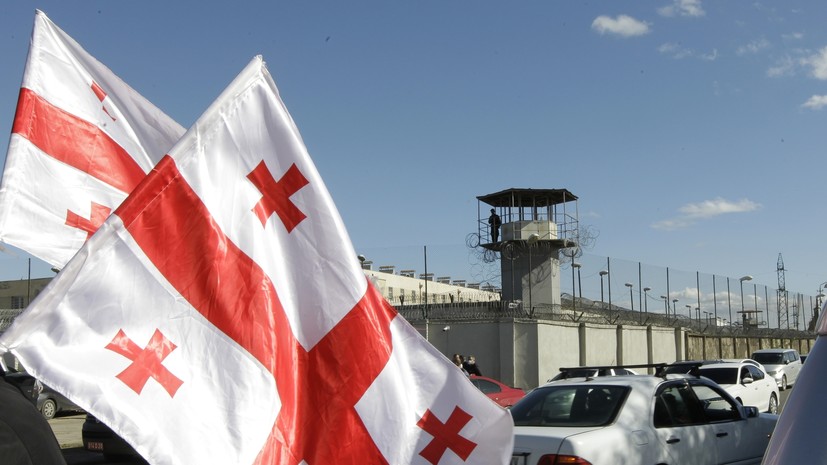 “The Georgian people will not allow Saakashvili to be released from prison.

He is the personification of fascism, and fascism in Georgia will never pass.

A person who voluntarily renounces Georgian citizenship is not worthy of being called president, ”said journalist Zaza Davitaya, who was imprisoned during Saakashvili’s rule.

During their speeches, the protesters talk about the murder and torture of loved ones, as well as the confiscation of property during the years of the politician's presidency.

Activists demand to give Saakashvili a life sentence and ban the United National Movement party, headed by the ex-president of Georgia.

On October 14, a rally was held in the center of Tbilisi in support of the ex-president of Georgia.

During the event, video recordings of the appeal of Ukrainian politicians and journalists in support of Saakashvili were demonstrated.

On October 1, the Georgian authorities reported that Saakashvili was detained on the territory of the republic.

Later, the Ukrainian consul visited the ex-president in the prison of the city of Rustavi, since he is a citizen of Ukraine and does not have Georgian citizenship.