"Demonstration action": how Ukraine intends to strengthen its fleet at the expense of British minesweepers and missile weapons

London will supply Kiev with missile weapons and two minesweepers that meet all NATO standards. This was announced by the Ambassador of Ukraine to the UK Vadim Prystaiko. According to him, the two countries will also build "smaller class" ships for the Ukrainian Navy. In addition, it is planned to create two naval bases - on the Azov and Black Seas. Earlier, Volodymyr Zelenskyy announced plans to build a "large fleet" of Ukraine until 2035. However, RT sources in Kiev political circles and experts believe that this kind of support is unlikely to strengthen the Ukrainian navy. And Kiev's loud statements about help from the United Kingdom are just an image move, analysts say. 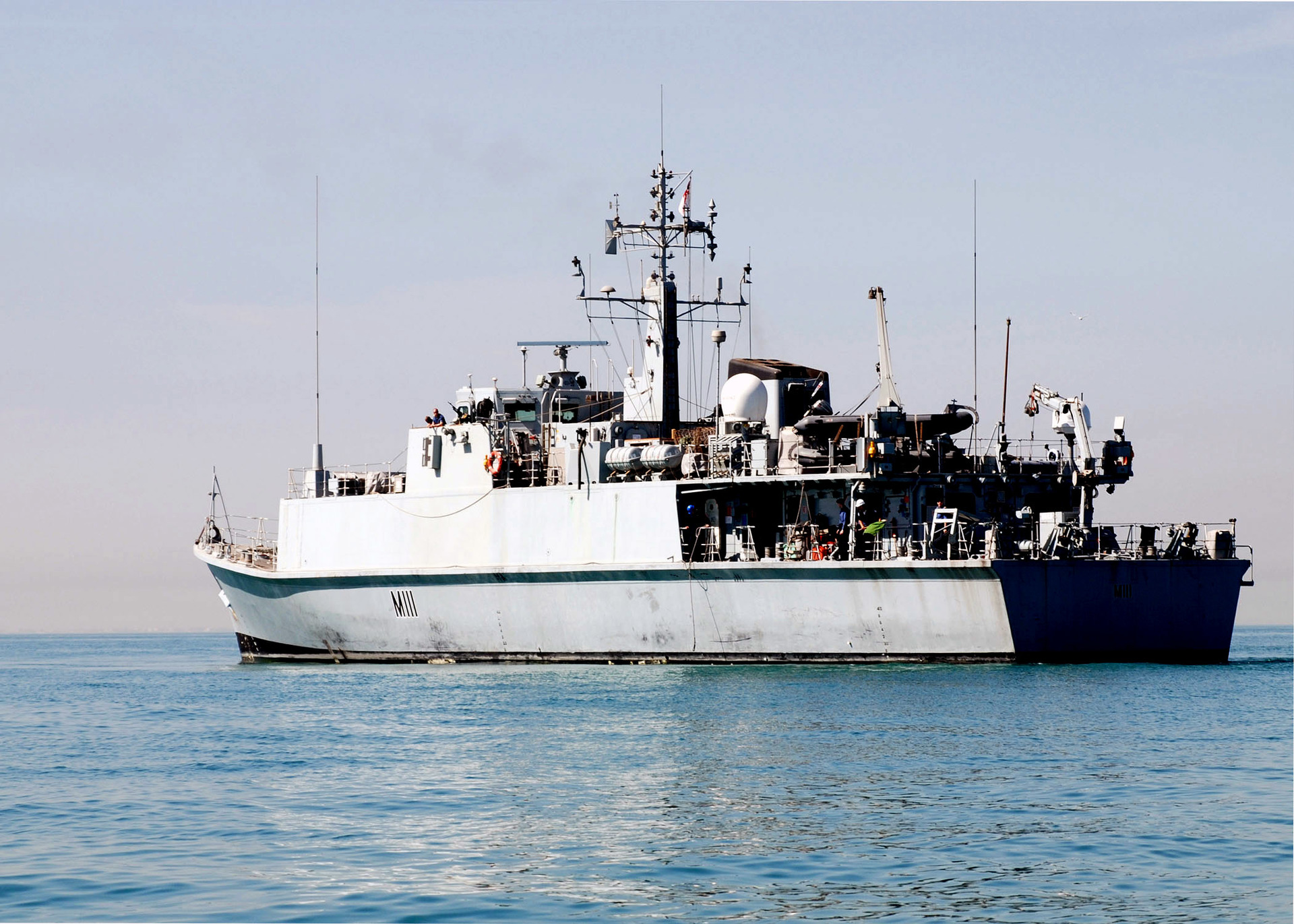 “In the near future, two operating ships (minesweepers -

They will not need to be built, they will immediately become part of the Ukrainian Navy, - the diplomat noted in an interview with the Dom TV channel.

"These are modern ships used by the British Navy."

According to Prystaiko, the British minesweepers "have the most modern weapons" and meet all NATO standards.

In addition, as the ambassador noted, the construction of "smaller class" vessels for Kiev in Ukraine and Great Britain will begin.

As Prystaiko explained, the first warship will be created on the territory of the United Kingdom, after which the construction technologies will be transferred to Ukrainian shipyards.

The diplomat also said that Ukraine will receive "missile weapons", which, according to him, will help the country to significantly increase its naval power.

In addition, it is planned to build two naval bases - on the Azov and Black Seas, the ambassador added.

“These will be two completely new ports, which our armed forces and our fleet are so lacking,” he said.

According to Prystaiko, "there is a British company that will be the integrator of this project."

The Ukrainian diplomat assured that the relevant work has already begun, but Kiev will use credit funds to pay for them.

The new ports, which are planned to be built according to NATO standards, will house troops, personnel with families, and will also undergo training, the ambassador said.

He also stressed that Kiev needs to do a lot to "balance the capabilities of Russia and Ukraine in the Black Sea."

“We are not going to attack Russia, our task is to protect our coast,” Prystaiko added.

Recall that on June 21, Kiev and London signed in Odessa a memorandum on a maritime partnership project between the consortium of industry of the United Kingdom and the Ukrainian Navy.

In July, Ukrainian President Volodymyr Zelensky, speaking on the Day of the Ukrainian Navy in the Odessa region, said that in the context of "Russian armed aggression", combat-ready naval forces are one of the main components of the defense and security of Ukraine and an important factor in the military-political reality in the Black Sea region. ...

“Therefore, one of my main priorities as President of Ukraine is to build a powerful Navy, which is equipped with modern ships and modern weapons and is ready to adequately respond to the challenges and threats to our national security,” the politician said at the time.

According to him, in order to revive the Ukrainian Navy, in recent years, the military command and control bodies of the fleet have been reformed according to NATO standards.

He also stressed that Ukraine, together with Great Britain and other countries, "is actively implementing joint large-scale projects" to update the Ukrainian shipbuilding and develop a modern naval infrastructure.

In August, Zelenskiy told reporters that Kiev plans to build a "large fleet" by 2035.

At the same time, according to him, the infrastructure for the implementation of this project is being created in Ukraine.

We are talking about small submarines, corvettes and military boats.

In addition, the Ukrainian leader announced his intention to develop naval bases.

Kiev wants to build the first such facility in Berdyansk.

“The idea is to support this project from the European Union, from the United Kingdom, the United States.

We definitely got full support for this project from the UK, ”he said.

As a source of RT in the Office of the President of Ukraine clarified, Kiev plans to build two naval bases for a loan from the British, which will amount to more than a billion pounds.

“In addition to Great Britain, other Western partners will also be involved in this project.

The construction of the bases is part of the government's declared program to revive the Ukrainian naval forces.

In the meantime, the British will hand over to Ukraine two sea minesweepers Ramsey and Blyth, which served in the British Navy for 20 years and were decommissioned in August, ”he said.

"There are no serious forces"

However, experts and sources in Ukrainian political circles interviewed by RT doubt that Kiev will be able to create a powerful fleet with support of this level from the UK and other countries.

As military expert Ivan Konovalov noted, missile weapons, British minesweepers and boats, the number of which Ukraine also wants to increase, cannot be the basis for a powerful fleet.

“The statements of support for Great Britain and other countries are just an indicative action of Kiev.

Now Ukraine actually has no serious naval forces, and it is impossible to create them with the help of small used ships.

A full-fledged navy includes ships of all ranks, primarily frigates and corvettes.

Some kind of minesweepers and boats are not serious, ”Konovalov said in an interview with RT.

At the same time, according to Konovalov, there is no reason to think that the shipbuilding industry of Ukraine will cope even with the construction of such small ships.

“What is the point in transferring British technologies if there is no base for their implementation and the necessary funds for this.

The Ukrainian military-industrial complex has almost ceased to exist, especially its shipbuilding industry.

I'm not even talking about the creation of more powerful courts, "- said the analyst.

At the same time, Konovalov draws attention to the fact that Kiev demonstratively declares serious support for its partners, although the UK and other countries supply Ukraine only supported small ships, which are unlikely to strengthen the fleet in any way.

“When there are such allies, there is no need for enemies.

The United Kingdom and other states are trying to shove unnecessary equipment to Kiev, and often for a lot of money.

Ukraine pays to trumpet the whole world that they are being supplied with modern weapons.

However, everyone knows that this is not so, but they put a good face on a bad game.

The image side of the issue is important to them, not the technical one.

And London and other Western capitals are satisfied with the fact that they can transfer property they do not need to Kiev.

Everyone is satisfied here, except for the Ukrainian taxpayers, ”explained Konovalov.

In turn, a RT source in the Batkivshchyna party noted that Ukraine has decided to "collect scrap metal" from around the world, which will "proudly float" in the Black Sea.

“Ukraine has no money for the formation of a modern fleet, and therefore it creates the appearance of a“ strong and invincible ”country with a powerful navy.

And the fact that Ukrainian ships can sink in the first storm is of little concern.

Their purpose is decoration, not protection.

And Western partners are also profitable - there is where to hand over scrap metal, ”says the interlocutor of RT.

As for the construction of naval bases in Ukraine with the participation of a British company, this is nothing more than the deployment of NATO facilities, Ivan Konovalov believes.

“And the laws there are not Ukrainian.

London would like to have such bases in the strategic region, however, by no means to protect Ukraine from the mythical threat.

We can talk about monitoring the situation in the region and strengthening the intelligence activities of Western countries, ”the analyst said.

In a conversation with RT, he also stressed that such a contribution from London to the development of the Ukrainian Navy is unlikely to help create a powerful fleet for Kiev.

“Great Britain and other NATO countries are slipping rusty junk into Ukraine that is unsuitable for modern military operations.

And here we shouldn't forget about corruption either.

The purchase of weapons abroad in the case of Ukraine is always accompanied by non-transparent schemes.

Therefore, no one is against the supply of trash, because there will be serious kickbacks, ”the analyst says.

From the point of view of the RT source in the Ministry of Defense of Ukraine, the quality of the fleet created in the country is so low that there is no need to talk about protecting the state's maritime borders.

“These are outdated ships, they will not give any advantage, no matter what the top officials of the state say there.

They are suitable for anchoring in port, but not for real combat operations, ”he said.

According to Yuri Knutov, Ukraine's construction of ships using British technology also does not look promising.

“They won't be able to do something decent.

The build quality of these ships will be such that they will be more undergoing repairs than participating in some kind of military campaigns.

The Ukrainian military-industrial complex and shipyards are in a terrible state, they are defeated.

Skilled workers left the country long ago, and without them it is simply impossible to make modern ships, ”Knutov says.

“No matter how hard Kiev tries, its fleet will be many times weaker than the Russian Black Sea Fleet, which is constantly developing and improving, increasing the number of modern corvettes, frigates and other ships of a serious class.

Moreover, Russian ships and submarines are capable of carrying Kalibr and Onyx missiles, and will also be able to use Zircon.

And these forces nullify the effectiveness of any unfriendly actions towards the Russian Federation in the Black Sea basin, ”the analyst concluded.