Växjö DFF: "Sprained team most of the season"

Växjö DFF lost the must-win match against Linköping and conceded four goals in twelve minutes. - After the first half, I knew we would not sort this out, says Johnny Lindman, Växjö DFF's sports manager. 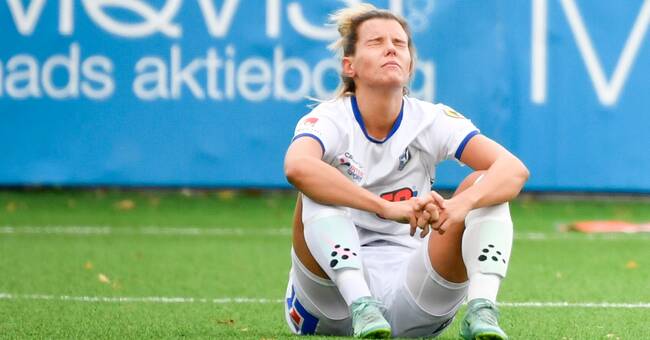 Växjö needed to win so as not to leave the damallsvenskan.

But it was a clear loss with 5-0 away against Linköping.

- Very sad but in a way it was still expected.

We have been a sprained team most of the season.

It is very mental and it is with the players, says Johnny Lindman.

Växjö DFF is now entering a period of reorganization, and it is expected that some players will leave the club soon.

- It is usually like that and I can understand that some players do not want to play in the elite next season.

On the other hand, the opportunity opens up for the younger talents, says Växjö DFF's sports director Johnny Lindman.