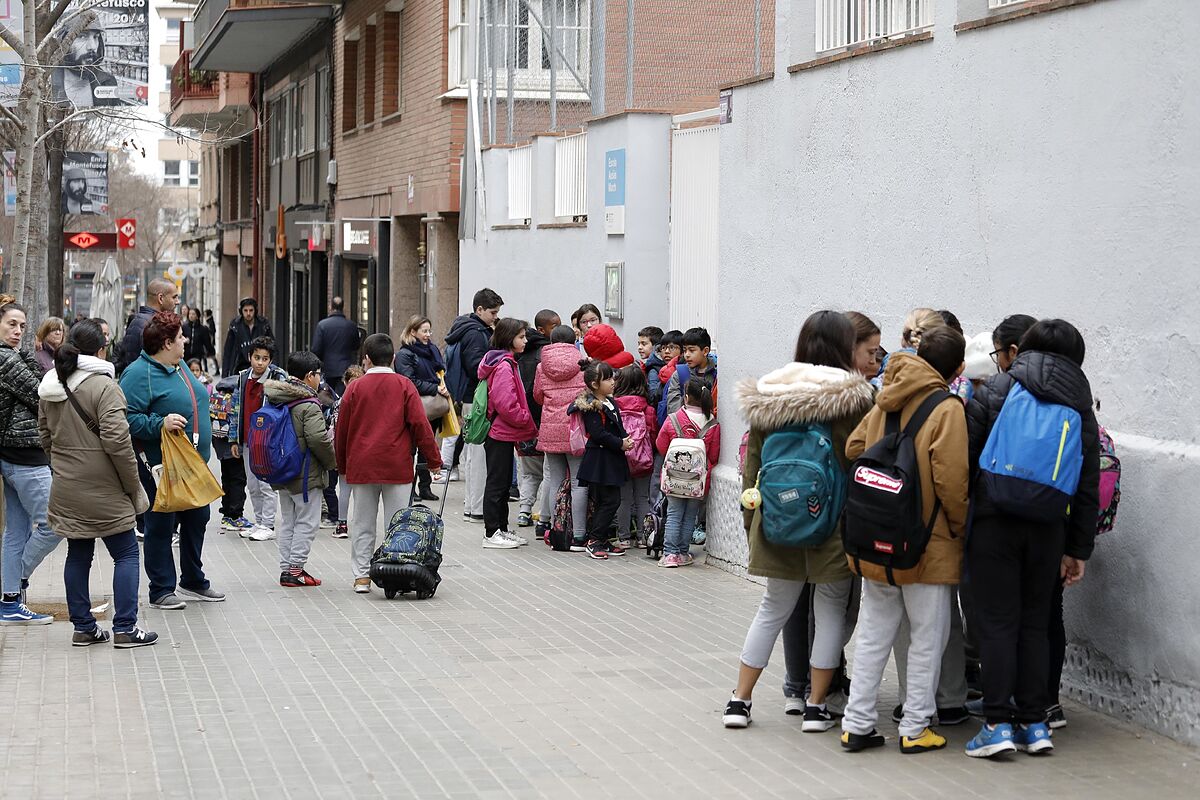 The Minister of Culture, Tourism and Sports,

, has urged families this Friday to

over what children and young people see on television, "establishing limits" when allowing the series that they see, and taking into account that there are some, like the successful

, that are not recommended for their violent scenes.

, and which she has visited with the Minister of Economy, Finance and Employment of the Community of Madrid,

Rivera de la Cruz has referred to the circular that

"games and behaviors" taken from the series

In fact, the center has determined that this Halloween

"can not use" costumes based on that series

, and have suggested that parents inquire about the content of this audiovisual work to determine if their children should see it.

The counselor recalled that the series The Squid Game is "correctly labeled" for those over 16 years of age, which is why she pointed out that "here logically comes the control of families", that they should be aware that the little ones

" they can't see everything

The head of Culture has acknowledged having seen that series and considering it "an excellent audiovisual product", but has insisted that

so families "must take care of establishing limits. ".

On the other hand, before learning about the new Netflix facilities in Tres Cantos, the counselor has valued the "undoubted"

weight "specific" that the audiovisual sector

has right now in the Community of Madrid, which is home to 32% of the companies in this field.

Rivera de la Cruz has praised the fact that more and more companies in this sector are arriving in the region, something that he justifies with the "great professionals" and technicians who work in Madrid, and with the help provided by the

, which works as "one-stop shop" for those who want to shoot in Madrid.

For his part, the Minister of Economy, Finance and Employment has agreed that the audiovisual sector is "of first importance" for the region,

, which reveals that it is a field that "generates wealth and opportunities".

attract more companies in this and other sectors

, through "less regulation and security for investors."