Ligue 1: Paris SG wins again at the end Paris (AFP) Not very convincing without its Latin Americans, Paris Saint-Germain won again in the last minutes, Friday against Angers (2-1), and regained its ease in Ligue 1, for the opening of the 10th daytime. After "the accident" in Rennes (2-0), it smelled of failure. But a penalty from Kylian Mbappé (86th) gave the victory at the end of the match to PSG, as against Lyon and Metz, on the sam 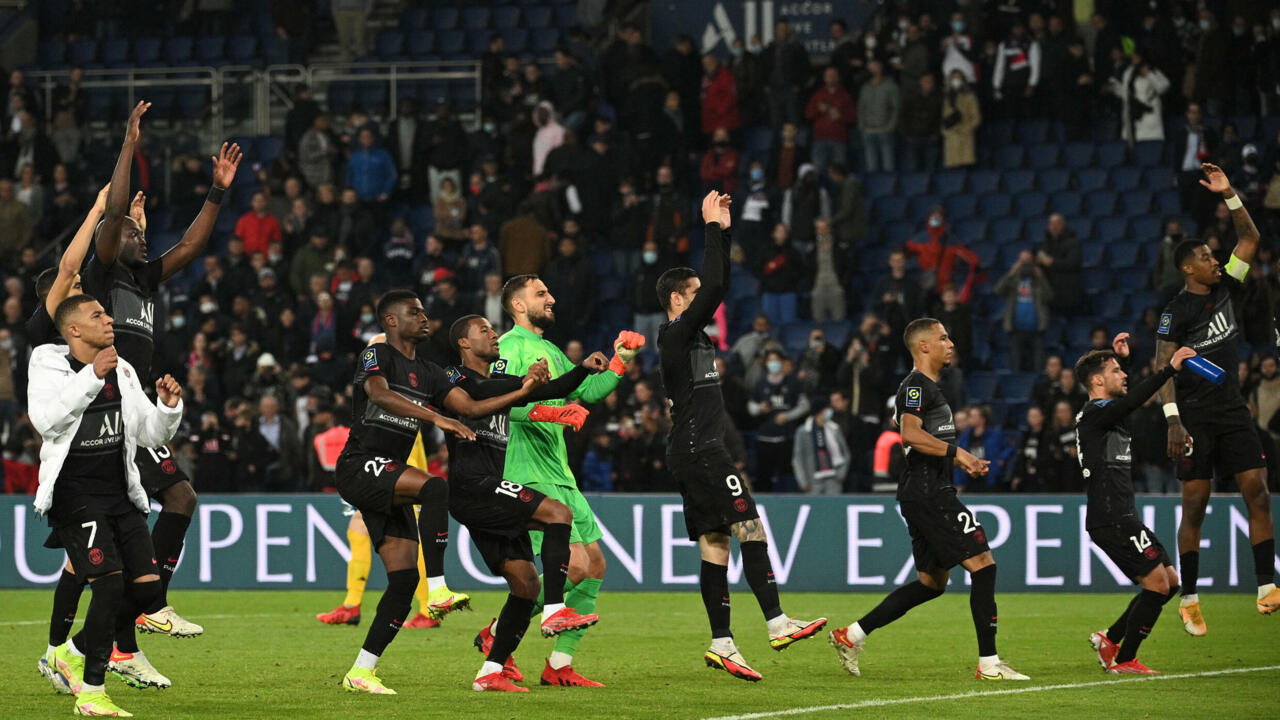 Not very convincing without its Latin Americans, Paris Saint-Germain won again in the last minutes, Friday against Angers (2-1), and regained its ease in Ligue 1, for the opening of the 10th daytime.

After "the accident" in Rennes (2-0), it smelled of failure.

But a penalty from Kylian Mbappé (86th) gave the victory at the end of the match to PSG, as against Lyon and Metz, on the same score of 2-1.

Paris can be calm on his mind before receiving RB Leipzig in the Champions League on Tuesday.

And the Parisians take nine steps ahead of Lens (2nd), while waiting for the weekend's matches, but the geometry of a perfectible game counted more than algebra on Friday night.

Without his internationals from across the Atlantic, Mauricio Pochettino's collective game project has not progressed much.

So they weren't there to work on the combinations.

As for goalkeeper Keylor Navas, he was injured with Costa Rica and would have given way to Gianluigi Donnarumma anyway.

But there were still good people and the formation aligned by "Poche" really stammered its football in a bad first period, logically won by Angers, on a nice goal from Angelo Fulgini (35th).

After the break, PSG raised the tone and obtained the equalizer by Danilo Pereira (68th) before a hand from Pierrick Capelle, signaled by video refereeing, offered the penalty of victory to Mbappé.

Scorer from a penalty kick last week with the Blues against Belgium, in the League of Nations, "Kyky" seems to have indeed left behind the trauma of the missed goal against Switzerland at the Euro.

This goal is good for the statistics of the fresh winner of the League of Nations, who had not scored for six matches with PSG.

He also delivered his fourth assist in six matches.

The source was not dried up, Mbappé has just scored twice with the France team.

He carried his team in the absence of Ney and Messi.

The classic SCO plan, defending with the beak, countering with the wings, has worked for a long time.

But the Angevins leave with an eleventh defeat in a row in L1 against PSG ...

The pressing of the Whites, however, greatly embarrassed the Parisians.

To break through the very tight mesh of the defense, the Parisians looked for micro-combinations, or Mbappé's short dribbles, but without success.

The Angevins threw themselves on the cons to be more often dangerous, their attacking trio -Sofiane Boufal, Angelo Fulgini and Mohamed-Ali Cho- playing the blows thoroughly.

On one of them, a ball snatched by the pincers formed by Batista Mendy and Jimmy Cabot in the feet of Marco Verratti, passed through Cho, then Boufal whose superb taut center found Fulgini's race for the opening. of the score.

PSG was not dangerous.

The only Brazilian present, Rafinha, who is no longer summoned to Seleçao, was very transparent.

And cruelly, the equalizer came shortly after his replacement by Georginio Wijnaldum (63rd), thanks to a header from Danilo Pereira on a good cross from Mbappé.

Then the pressure increased and Mauro Icardi missed a goal ball.

But in fact the Argentine had been hampered by Capelle, touching the ball with his hand.

Success has smiled again in Paris, but it happens too often lately for it to be a coincidence.

The other very good news of the evening for PSG is the return of Juan Bernat after 13 months away from the field.

The Spaniard, finally recovered from a ruptured knee ligaments, entered for the last half hour, in place of Abdou Diallo (63rd), under the huge ovation of the Parc des Princes.

One more piece in Pochettino's puzzle.