The explosions occurred at the time of the big Friday prayer at a Shiite mosque in the city of Kandahar, in southern Afghanistan.&nbsp; 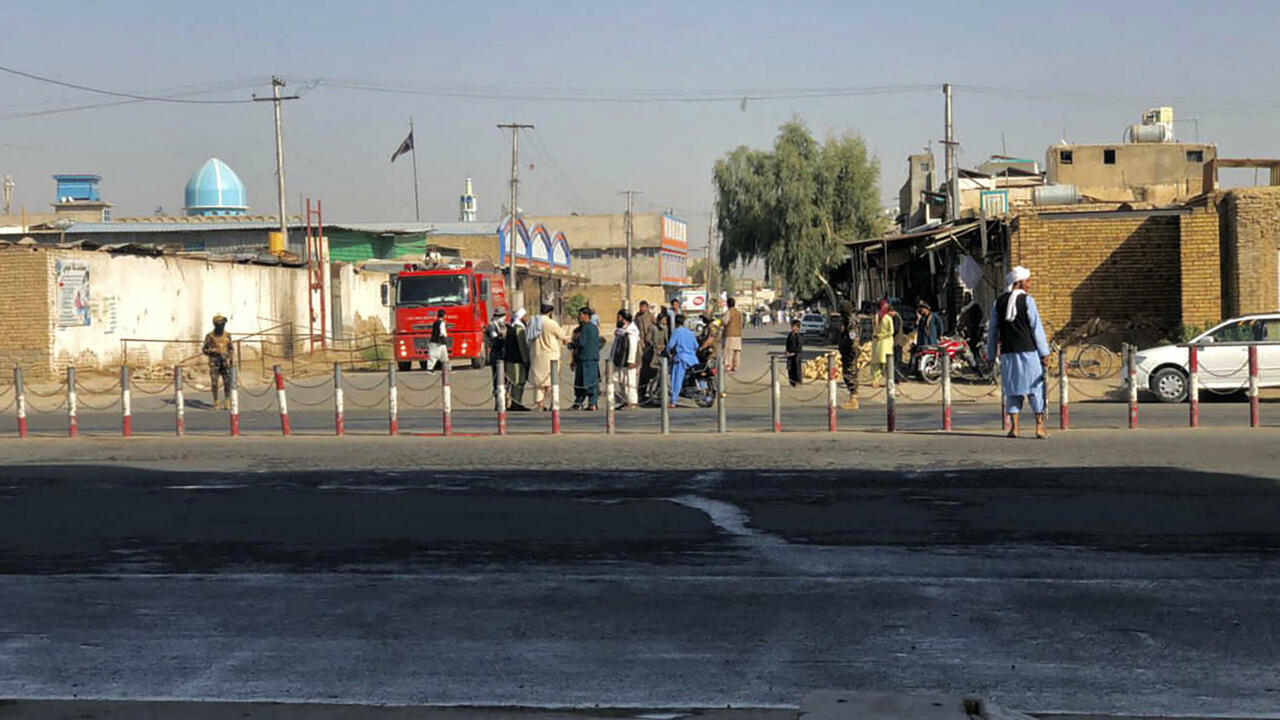 The explosions occurred at the time of the big Friday prayer at a Shiite mosque in the city of Kandahar, in southern Afghanistan.

The images are currently impossible to authenticate.

But those circulating on social media show bloody bodies lying on the ground inside the Fatemieh Mosque, also known as the Imam Bargah Mosque.

According to a medical source, at least 32 people were killed and 53 injured in one or more explosions that occurred on Friday noon in this Shiite mosque in the city of Kandahar, in southern Afghanistan.

The explosion hit the Shiite place of worship, located in central Kandahar, at the time of the weekly Friday prayer.

We are saddened to learn that an explosion took place in a mosque of the Shiite brotherhood (...) in the city of Kandahar, in which a number of our compatriots were killed and wounded,

A witness, who requested anonymity, told AFP that he heard three explosions, one at the main door of the mosque, another in its southern part and the last where believers come to do their ablution.

About fifteen ambulances went to the scene while the Taliban security forces were deployed around the site, access to which remained blocked, AFP noted.

The explosions come exactly one week after

a suicide bombing attack on a Shiite mosque in Kunduz

The attack, which killed several dozen people, was claimed by the Islamic State organization.

Since the Taliban came to power, the attacks attributed to the IS group have multiplied in the country, posing serious security challenges to the Kabul regime.