True or False: Is ethanol worse for the climate than fossil fuels?

That ethanol cars more often have engine problems, are bad for the climate and contribute to food shortages in the poor part of the world are recurring claims in the debate. But what does the research really say? 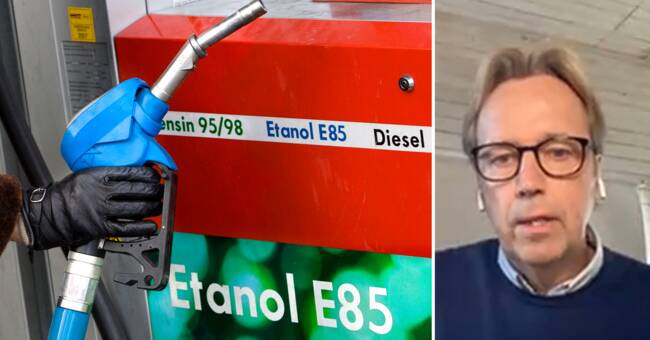 The number of newly registered ethanol cars has decreased steadily after the negative media debate ten years ago, which meant that fewer and fewer car manufacturers invested in ethanol cars.

That is the opinion of Pål Börjesson, professor of environmental and energy systems at Lund University.

- This in turn has meant that sales of E85 have decreased further.

On the other hand, the so-called low-admixture of ethanol in petrol used by ordinary petrol cars is increasing, he says.

However, there are other countries where ethanol cars are increasing, for example France, where financial support is provided to convert petrol cars into ethanol cars to reduce climate emissions.

- This would be entirely possible even in Sweden if new targeted instruments were introduced, which has been discussed but not decided, says Pål Börjesson.

The professor on E85: A political issue

What are the disadvantages of ethanol?

Globally, there is ethanol that has a poorer climate benefit, but that ethanol does not come to Europe.

Within the EU, various criteria have been set for us to use only good ethanol, says Pål Börjesson.

He believes that E85 is struggling with a tarnished reputation, which is largely based on unreasonable criticism.

Why then are there no more ethanol cars on the roads in Sweden?

- Ethanol has been overshadowed by other alternatives, such as the investment in electric cars.

The negative media debate also caused politicians to change so that ethanol was not rewarded as much.

Pål Börjesson believes that it became "an evil spiral".

- Even though the possibilities with ethanol have been shown afterwards, it has still not changed.

Consumers got a little burned, then it is difficult to come back.

In the clip, Pål Börjesson, professor of environmental and energy systems at Lund University, explains the truthfulness of some common statements about ethanol.