The terrorist researcher about the police operation at the bow act: "Every minute counts"

Terrorist researcher Hans Brun emphasizes that we do not yet know the course of events behind the archery attack in Kongsberg, Norway, but that the police must be faster when it comes to ongoing deadly violence. - Every minute counts in such contexts, he says in SVT's Morning Studio the day after the attack. 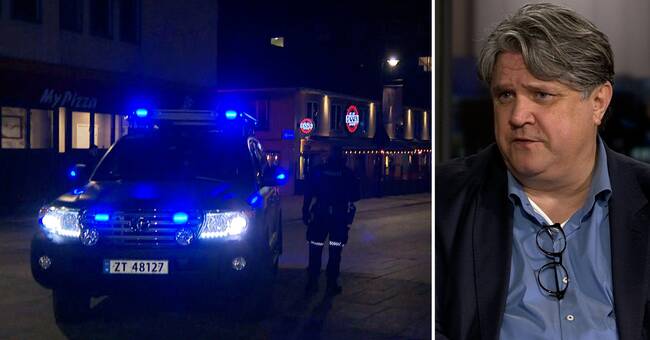 The act in Kongsberg on Wednesday night shakes Norway.

Accommodation in the small town is still in shock.

Five have died and two were injured after a man walked around the center with a bow and shot at people.

The suspect, a 37-year-old Danish citizen, could later be arrested.

But already now some are asking themselves why it took so long, even though it only takes a couple of minutes to drive from the police station to the Coop store where the first alarms came from.

- Now we must be humble in the face of preliminary information, as far as we know somewhere between 34 minutes and just over an hour, says terrorism researcher Hans Brun in Morgonstudion.

- It is quite a lot in these contexts, when we talk about what in Swedish is called ongoing lethal violence.

You have to be faster there.

The police work according to the theory that the perpetrator acted alone and are currently not looking for more perpetrators.

Hear the terrorist researcher about the police operation and comparisons with previous acts in the clip above.