The proposal: Flexible speeds on the E10 depending on the season

The municipal council in Kiruna, Gunnar Selberg (C), has its own solution on how to regulate the speed on the E10 until there is a center railing. He wants the speed on the road to be flexible. - We have long distances up here and the speed limits mean that we get even further apart, he says. 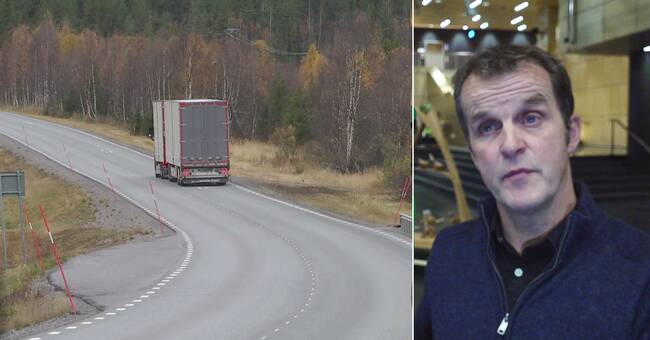 Gunnar Selberg believes that there are technical solutions that can regulate the speed limit depending on the weather, whether it is raining or snowing.

Or to simply have different speed limits depending on the season, for example higher speed in summer and lower in winter.

- I think it is strange that it has not been introduced long ago, the technology already exists, says Gunnar Selberg (C) municipal councilor in Kiruna.

Has been tested in Finland

There are already similar projects and test routes in Sweden and in several other countries, including Finland and the United Kingdom.

Traffic is measured through sensors on the roadway and weather stations and the digital road signs are remotely controlled and can be changed according to traffic conditions.

- In the long term, I think that the Swedish Transport Administration works right, you should have these 2 + 1 roads with a center railing.

But it is so far in time and then I think that flexible speeds are a solution in the meantime, says Gunnar Selberg.

In the clip above, the municipal council talks about its solution to the speed limit.