Indian Wells: Medvedev eliminated, the tournament loses its favorite New York (AFP) Big surprise at the Indian Wells Masters 1000 on Wednesday: Daniil Medvedev, 2nd in the world and winner of the last US Open, was released in the round of 16, overthrown by the Bulgarian Grigor Dimitrov (28th). Seeded No. 1 in the tournament, the Russian was released in three sets 4-6, 6-4, 6-3 after 2:14 of a bitter fight. "I felt exhausted during the tournament. Now that it's ov 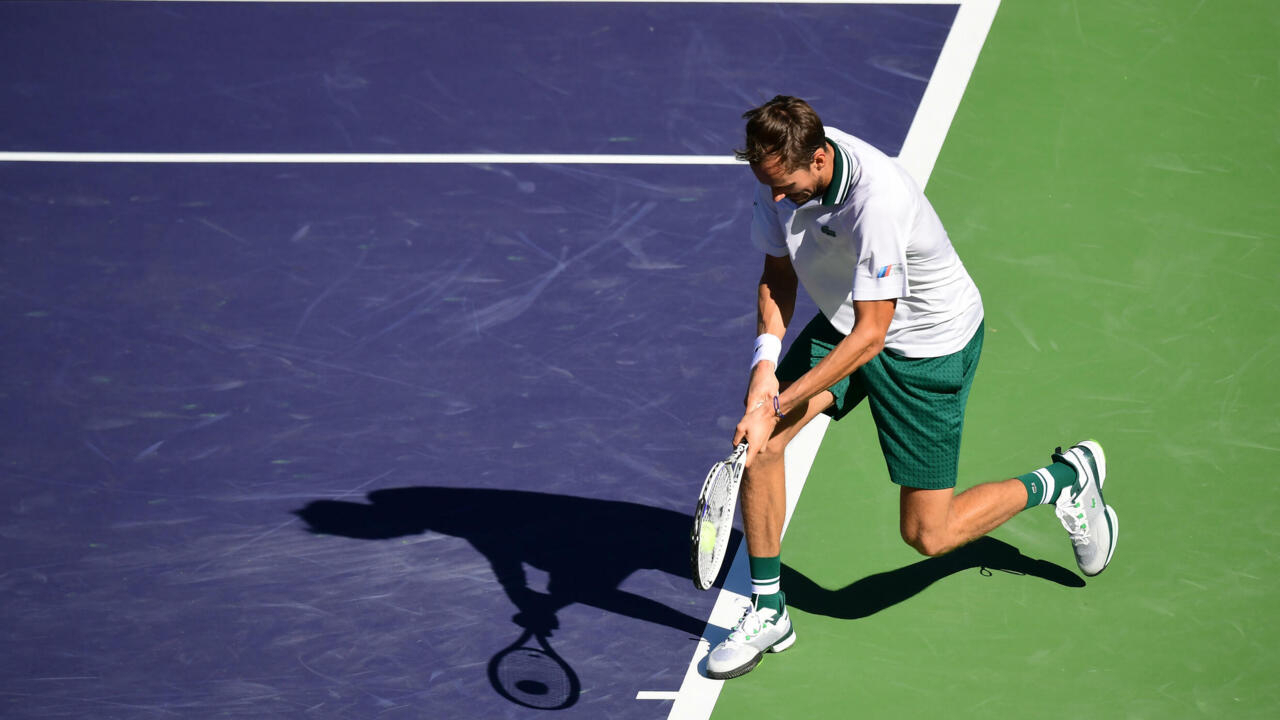 Big surprise at the Indian Wells Masters 1000 on Wednesday: Daniil Medvedev, 2nd in the world and winner of the last US Open, was released in the round of 16, overthrown by the Bulgarian Grigor Dimitrov (28th).

"I felt exhausted during the tournament. Now that it's over I can say it. I have several physical issues that have come up," Medvedev said after the game, without specifying which ones.

He was the big favorite of the tournament, since his triumph a month ago at the US Open where, winner of his first Major, he had deprived Novak Djokovic of a historic calendar Grand Slam, not achieved since 1969 and the Australian Rod Laver.

Solid in the first set, he was on his way to an easy success by leading 4-1 in the next, when he suddenly let go and multiplied unforced errors, in front of an audience wishing that the match be prolonged and therefore won over to the cause. by Dimitrov.

The Bulgarian won the game on his first match point in the third set after a too long forehand from Medvedev.

Bulgarian Grigor Dimitrov celebrates his victory against Russian Daniil Medvedev on October 13, 2021 at the Indian Wells Masters 1000 in the round of 16 Frederic J. BROWN AFP

"If he continues to play like this, as he played from 4-1, he will win the tournament," predicted the Russian.

"He played the second half of the game like nobody did against me at the US Open. It's not like I gave him the game."

Dimitrov will face Thursday in the quarter-finals the last winner of the Miami tournament, the Polish Hubert Hurkacz (12th in the world).

Seeded N.8, he won earlier in the day against another Russian, Aslan Karatsev, 6-1, 6-3, who had eliminated another cador, his compatriot Andrey Rublev, in the previous round.

Grigor Dimitrov and Daniil Medvedev after their round of 16 match at Indian Wells on October 13, 2021 Frederic J. BROWN AFP

David Schwartzman (15th player in the world) will also see the quarter-finals after his victory against the Norwegian Casper Ruud (10th in the world), 6-3, 6-3.

It is the 200th victory on the ATP circuit of the Argentinian, striker in the previous round of the Briton Daniel Evans in three sets, 5-7, 6-4, 6-0.

"It is just happiness. I had set myself the goal of achieving 200 wins this year. To face a top 10 player is extraordinary. It was one of the three best matches of my career, "said the Argentine after the meeting.

The 29-year-old, seeded No.11, reached this stage of the competition for the first time in the California desert.

On the women's side, Belarusian Victoria Azarenka (32nd player in the world) qualified for the semifinals of the WTA 1000 tennis tournament in Indian Wells, after her victory over American Jessica Pegula (24th in the world) in two. sets, 6-4, 6-2.

She will face in the last four the winner of the match between Latvian Jelena Ostapenko (29th world) and American Shelby Rogers (44th world).