A thief steals Coach Cosmin's watch in Milan... and Dubai police returns it to him

Dubai Police recovered a valuable Richard Mill watch, valued at about $250,000, that had been stolen from Al Ain coach and former Al Ahly youth, Olario Cosmin, on a street in the Italian city of Milan. 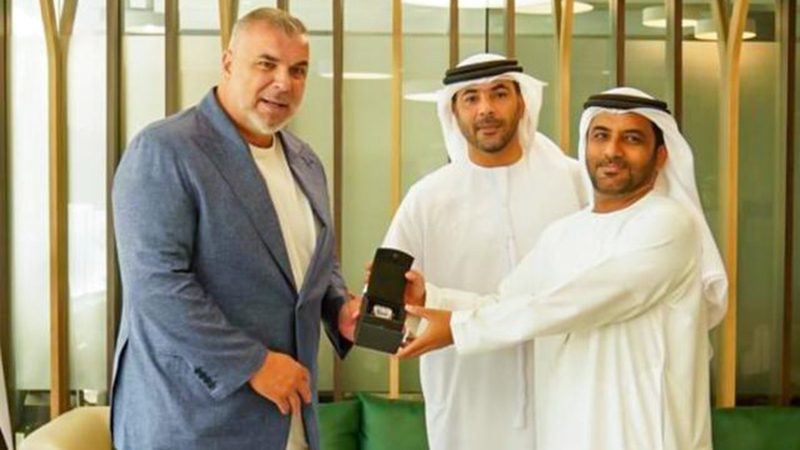 3 brokers arrested for trying to sell it

A thief steals Coach Cosmin's watch in Milan... and Dubai police returns it to him

Dubai Police recovered a valuable Richard Mille watch, valued at about $250,000, which had been stolen from Al-Ain coach and former Al-Ahly youth, Olario Cosmin, on a street in Milan, Italy.

The Director of the General Department of Inquiries and Criminal Investigations in Dubai Police, Brigadier Jamal Al Jallaf, told "Emirates Today" that Dubai Police has a professional team in investigations, specialized in monitoring and tracking valuable stolen goods, regardless of where they were stolen in the world, and seized immediately after trying to sell them in Dubai. .

He added that as soon as the theft of the Cosmin watch was announced, the Dubai Police were keen to record its specifications, and the team at the General Department of Investigation prepared to monitor any attempt to sell it in Dubai, pointing out that the team identified specific brokers who usually sell valuables.

He revealed that this watch moved between a number of European countries, after it was stolen in Milan, until the people who traded it decided to try to sell it in the Emirates, noting that the market for valuables is distributed over several countries, and is usually concentrated in luxury markets.

He pointed out that as soon as the watch reached intermediaries within the country, the work team developed a plan to track them, and the zero hour was determined after they were lured through sources, and three people involved in trying to sell the watch were arrested illegally.

Al Jallaf stressed that this aspect of the professional and professional work of the Dubai Police is not realized by many, but it is one of the strong security agencies at the international level, and regardless of the location of the crime, it participates in thwarting and controlling the perpetrators and returning the rights to their owners, pointing out that the Romanian coach expressed great happiness. When he was told that his watch had been found and handed over to him.

And European media had revealed that the former Al-Ain and Al-Ahly youth coach, Romanian Olario Cosmin, had his watch stolen in Italy, and stated that Cosmin expressed his regret for stealing a precious watch from the "Richard Mill" brand, worth 250 thousand dollars, noting that the Romanian coach went To the Milan police and reported the theft incident, and added: “Cosmin was walking with his wife on a street in Milan, while a person approached him and hugged the Romanian coach, before this person ran and left the place on one of the motorcycles, and after that the Romanian coach discovered The clock is missing from his hand.

She pointed out that Kuzmin (52 years old) got the watch while training the Al-Ahly youth team, indicating that it is one of his best training periods throughout his career.