"Pled guilty": the court arrested the one who opened fire at the Perm State University

The Dzerzhinsky District Court of Perm arrested Timur Bekmansurov for two months, who opened fire on September 20 at the Perm State National Research University. According to the head of the Investigative Committee, Alexander Bastrykin, the young man fully admitted his guilt. Six people became victims of the attack on the educational institution, more than 40 were injured of varying severity. 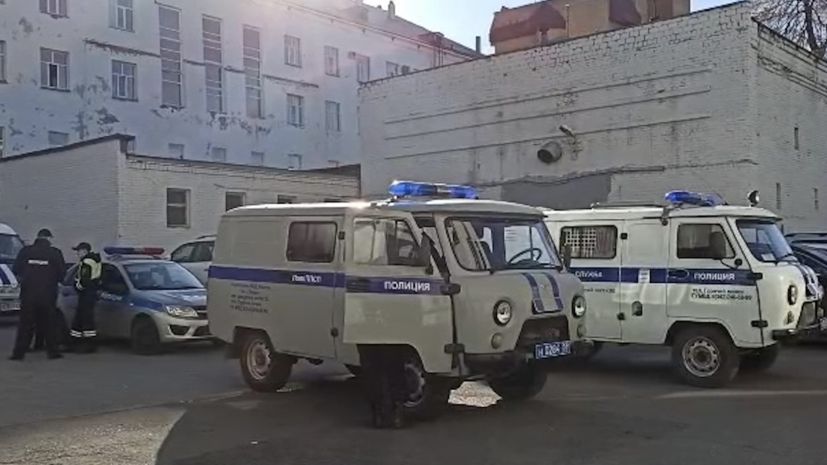 “The court chose a measure of restraint in the form of two months, until December 13,” RIA Novosti reports.

The measure of restraint was chosen at a meeting in the hospital.

According to the head of the Investigative Committee, Alexander Bastrykin, the young man fully admitted his guilt.

According to him, the state of health of the attacker already allows conducting investigative actions with him.

The regional Ministry of Health told the agency that the condition of the accused has improved and is assessed as moderate.

A criminal case was initiated against Bekmansurov for the murder of two or more persons.

The day before he was charged.

It is also reported that the young man was rolled out of the hospital in a chair and taken away in the car of the convoy service of the Ministry of Internal Affairs in Perm.

Recall that on the morning of September 20, 18-year-old first-year student Timur Bekmansurov opened fire from a hunting smooth-bore rifle in the building of the Perm State University.

The attacker was able to neutralize the inspector of the traffic police of the State Traffic Safety Inspectorate of the Ministry of Internal Affairs for Perm, the junior lieutenant of the police

At this time, his colleague police lieutenant Vladimir Makarov organized the evacuation of people from the building of the educational institution.

“I ran to the main entrance ... ran into the building on the first floor, saw an armed young man going down the stairs.

Shouted to him: "Throw!"

He pointed his weapon at me and fired a shot, after which I used a firearm.

Running up to him, I fixed his movements, removing the gun, cartridges and knife to the side.

Then he began to provide medical assistance, "- said Kalinin.

It is known that the attacker was trained under the weapons program at the Olimp private institution of additional professional education.

The Rosgvardia reported that he owned a hunting weapon legally and acquired a gun in May of this year.

The student's father, Marat Bekmansurov, in a conversation with RT, noted that he was shocked by what had happened, noting that in communication, the son did not express intentions that could warn of the tragedy.

On October 11, the regional Ministry of Health reported that the gunman's condition had improved and was assessed as moderate.

They added that six victims remain in Moscow hospitals - two patients are in satisfactory condition, and four are also in a state of moderate severity.

The motives of the attacker are currently unknown.

Attack on a school in Kazan

The young man detonated an improvised explosive device at the entrance to the school building, and then opened fire.

As a result of the tragedy, seven children and two teachers died, more than 20 people were injured.

The attacker was detained by the security forces who arrived at the scene, he did not offer resistance.

On May 12, the Sovetsky District Court of Kazan arrested Galyaviev for two months (in early July, the Basmanny Court of Moscow extended the arrest until October 11), he fully admitted his guilt.

According to the Investigative Committee, Galyaviev visited doctors with complaints of severe headaches.

A year earlier, he had been diagnosed with a brain disorder.

Shooting at school in Moscow

On September 30, police officers detained a man who opened fire on the territory of the capital's school on Palekhskaya Street.

According to the Ministry of Internal Affairs, a student of the tenth grade of the school, located at st.

Palekhskaya, 10, there was a domestic conflict with her acquaintances young people, about which she told her father.

The man arrived at the school and, during a conversation with his daughter's offenders, fired one shot upward from a traumatic weapon.

Nobody was hurt as a result of the incident.

Another incident occurred on October 13 near a school on Leninsky Prospekt in Moscow.

The young man opened fire from airsoft weapons near the educational institution.

As RT was told in the department for the development of public administration and public relations of the Moscow Department of Education, the school administration, after reports of the shooting in the area, acted in accordance with the instructions: it locked the doors and windows in the educational institution.

None of the students were hurt.

After the restrictions were lifted, the schoolchildren were allowed to go home.

The attacker's motives are also unknown.