The sixteenth edition of the Rome Film Fest has started. The Eyes of Tammy Faye directed by Michael Showalter will be the opening film. The protagonist Jessica Chastain at the center of a Close Encounter with the audience. In the Foyers of the Auditorium, the exhibitions "Ten years of the prophecy of Zerocalcare" and "Afghana" are inaugurated 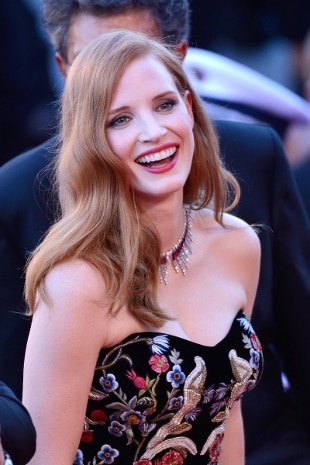 13 October 2021 The sixteenth edition of the Rome Film Fest will start on Thursday 14 October and will be held until 24 October with the artistic direction of Antonio Monda, produced by the Cinema Foundation for Rome, President Laura Delli Colli, General Manager Francesca Via. The Parco della Musica Auditorium will remain the hub of the event, with its projection spaces and red carpet. As every year, the festival will involve numerous other rooms and places in the capital, from the center to the suburbs.

At 7 pm, the Sinopoli Room of the Parco della Musica Auditorium will host the opening film,

The Eyes of Tammy Faye

(The Eyes of Tammy Faye) directed by Michael Showalter. The film, based on a true story, tells the extraordinary rise, fall and redemption of television preacher Tammy Faye Bakker, played by Jessica Chastain. In the 1970s and 1980s, Tammy Faye and her husband Jim Bakker (Andrew Garfield) founded America's leading religious television network, built a large amusement park, and achieved success with their message of love, kindness and prosperity. Tammy Faye became a legend for her lashes, her singing and her enthusiasm for welcoming people from all walks of life. Over the years, however, financial irregularities, rivalries and scandals overthrew that carefully constructed multi-million dollar empire. The public will be able to watch the film in rerun at 7 pm.30 in the Sala Petrassi.

who in the afternoon, at 15, will be the protagonist of a Close Encounter with the public: the American interpreter, twice nominated for an Oscar®, winner of the Golden Globe for best actress in a drama film for Zero Dark Thirty, will retrace her career which saw her acting for directors such as Ridley Scott, Kathryn Bigelow, Terrence Malick and Christopher Nolan.

Two exhibitions open to the public will be inaugurated at the Parco della Musica Auditorium until 24 October. In the Foyer Sinopoli will be held "Ten years of the prophecy of Zerocalcare": the book "The prophecy of the armadillo" has been a best seller for a decade and it is precisely from its pages that this exhibition starts, a retrospective through some of the most significant tables of the production of the beloved author of Rebibbia.

Foyer Petrassi will host Laura Salvinelli's "Afghana" photographic exhibition which documents what seemed to many to be "madness", namely Emergency's choice to create a maternity center in the isolated Panjshir Valley.

the 19th edition of Alice nella Città will open as a European preview, the autonomous and parallel section of the Rome Film Festival, dedicated to the beginnings, talent and new generations directed by Fabia Bettini and Gianluca Giannelli, scheduled from 14 to 24 October 2021 always at the Auditorium Parco della Musica and, from this year for the duration of the event, also at the Auditorium della Conciliazione.

Almost forty years after the theatrical release of the first film, one of the most iconic and beloved film sagas in history returns, anticipating the release in cinemas on November 18 distributed by Warner Bros. Entertainment Italia and produced by Sony Pictures.

“Ghostbusters: Legacy” is directed by Jason Reitman already winner in 2007 of the Rome Film Fest with “Juno” and son of Ivan Reitman director of the first two episodes and producer of this new film of the saga.

Written by Gil Kenan and Jason Reitman, it also executive produces Dan Aykroyd, screenwriter and star of the first two films in the role of Ray Stantz.