In the first concerts of "Expo sessions", the Saudi artist, Aseel Abu Bakr, presented a new song specially prepared for "Beloved Dubai", in which he expressed his love and longing for her and for the UAE government and people. And this song, which was revealed by the Saudi star the day before yesterday, was formed at the opening of his concert at the “Hadidi” theater 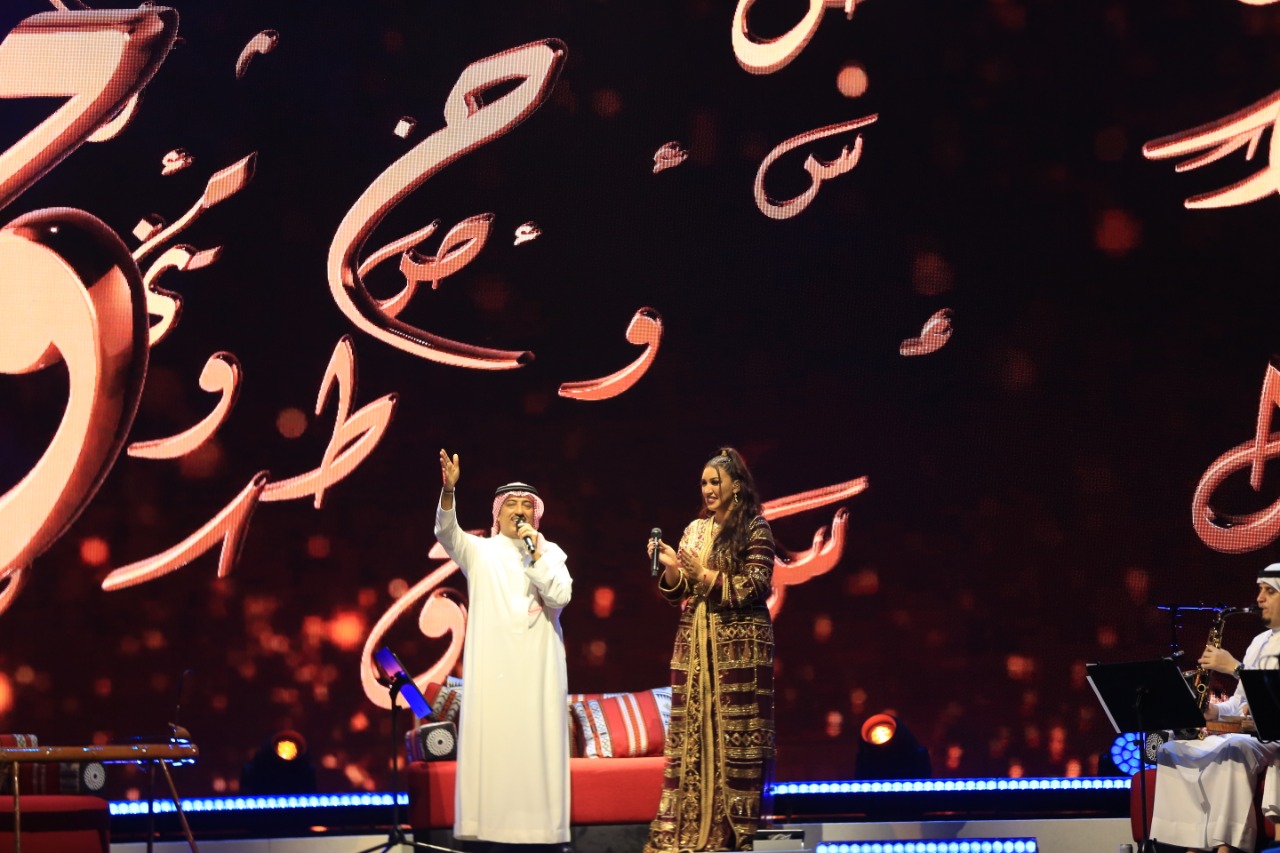 In the first concerts of "Expo sessions", the Saudi artist, Aseel Abu Bakr, presented a new song specially prepared for "Beloved Dubai", in which he expressed his love and longing for her and for the UAE government and people.

This song, which the Saudi star revealed yesterday evening at the opening of his concert at the "Jubilee Park" theater, was an exceptional surprise prepared by the artist specifically for Dubai, in conjunction with its hosting of the largest global event, "Expo 2020 Dubai".

The lyrics of the new song, entitled “Ahlan wa Sahlan”, were written by the national poet Ali Al-Khawar, while his melodies that mixed Western rhythms and the popular music style were written by the Saudi artist and composer Aseel Abu Bakr. As for the arrangement, it was entrusted to Abdullah Abdul Majeed. This step is one of the most prominent features of the first concert that "Expo 2020" attracted, since its launch in early October 2021, in the presence of an expanded audience of the artist's followers, visitors and guests of the exhibition and a number of media outlets.

The concert, which lasted about two hours, started with a compass singing by Moroccan singer Asma Lamnawar, while her participation varied between the performance of a group of well-known Gulf songs and a number of songs by the Moroccan artist, which inflamed the enthusiasm and interaction of the present audience.

While the participation of the Saudi artist, Aseel Abu Bakr Salem, came later, imbued with the vocabulary of heritage and Gulf originality, through the performance of the song “Rede the Darkness of the Night” and the song “I apologize to you how”, which the star followed with the song “They said you love him”, before he invited the Moroccan artist Asma Lamnawar. Again on stage, to perform together in the famous song “When will I see you” by his late father Abu Bakr Salem, which swayed to the tunes of most of the festival attendees, in remembrance of the late and celebrating his rich musical legacy with precious artistic treasures.