Criminal children and young people who have been sentenced to care have the right to use tablets and telephones. But the opportunity is also being misused to plan escapes with outside help. 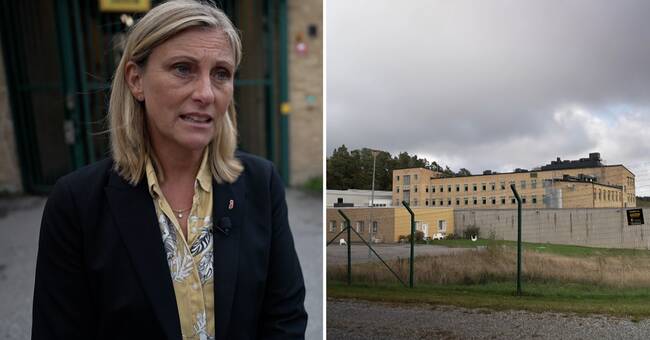 The escape from Ljungbacken in Uddevalla on Monday night took place when suspiciously armed and masked people threatened one of the staff to open the gate to a locked rest yard and release a 16-year-old.

By all accounts, the release, from the home that does not have the highest level of security, seems to have been planned.

The inmates at Sis-hem have the right under the UN Convention on the Rights of the Child to use electronic equipment and have access to the internet.

This makes the possibility of planning an escape much easier than for, for example, an inmate in a prison.

- We must not forget that we have children here and they must be able to communicate with their relatives.

However, they should of course not have contact with their criminal friends and we have the opportunity to limit the use.

But this is a challenge for the authority, says Sis' Director General Elisabeth Åbjörnsson Hollmark.

Young people who have committed serious crimes are almost always sentenced to closed youth care and end up in one of the seven homes in Sweden with the highest level of security.

The number of escapes from these increased from eleven in 2019 to 26 last year.

This year it looks like it will decrease again, so far there have been six escapes from closed Sis homes.

A total of 54 escapes have taken place since 2018 until September this year.

SVT has examined the incident reports that are written when violence or threats occur and at least seven of the escapes seem to have been planned together with outsiders.

This concerns, for example, the release of a convicted murderer in Kungsbacka in the summer of 2020. In another case in 2018, a young person convicted of attempted murder of a caretaker received help to escape from home.

Several of the escapes have taken place when the inmate has been on a monitored activity, and here Elisabeth Åbjörnsson Hollmark believes that the authority has not previously had routines for making safety assessments.

- This is a journey that this authority is making.

That is why we have now established a security department and we have recruited local security coordinators.

At the Swedish National Board of Institutional Care, security work is now underway to make it safer for both staff and residents.

Among other things, all homes must be divided into different security classes.

At present, seven homes have the highest level of security with room for a total of 75 young people.