The second plane that the Government has chartered this week to evacuate the personnel who collaborated with the Spanish authorities in Afghanistan has landed at 8:45 p.m. in the ... 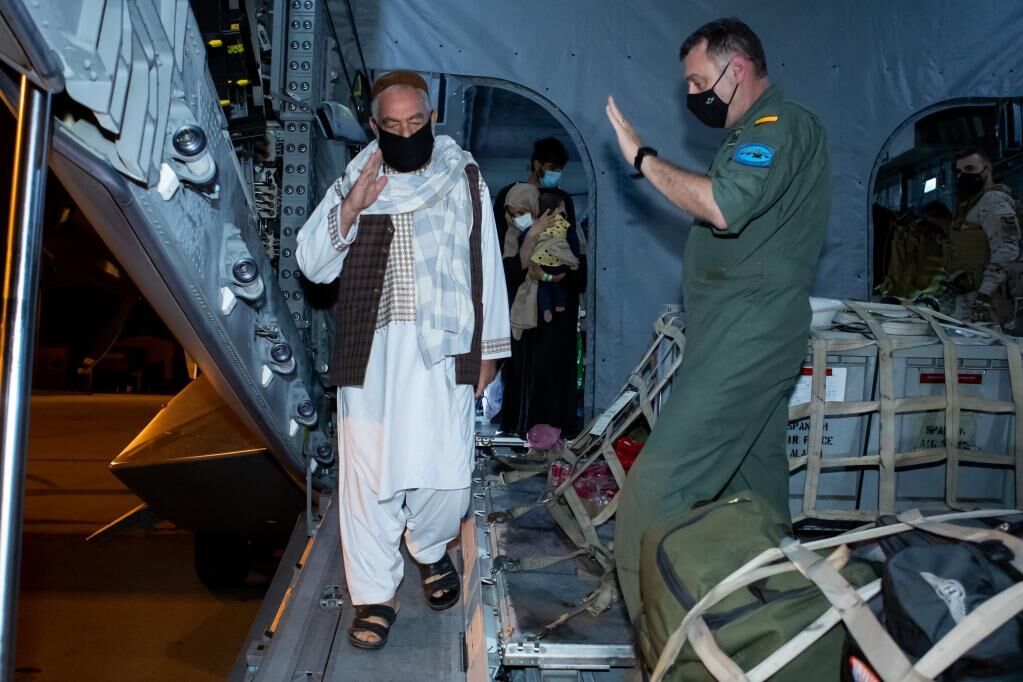 At the air base, the

This is the second flight arriving from

, after being chartered on Monday with 84 Afghan refugees, including several minors and women.

The plane arrived at the base one hour late compared to the initially scheduled time.

At the Torrejón base, the entire device is prepared to receive this new contingent of Afghans, in an operation that designed a working group made up of representatives of the Ministries of Foreign Affairs, Interior, Health, Defense and Inclusion, Social Security and Migration .

Recently, the Minister of Foreign Affairs

traveled to Pakistan and Qatar

the Afghan collaborators who were unable to leave their country in the first phase of repatriation.

Qatar and Pakistan are the states with the strongest political relationship with radical Afghan Islamists.

The arrival of around 245 Afghans, between yesterday and today, adds to the

2,206 people between Spaniards and Afghans who were evacuated in the first

carried out by Spain last August.

Precisely this Tuesday the Prime Minister,

, participated in the G20 Extraordinary Summit on Afghanistan, where he asked "to extract collective lessons from the situation for other fragile regions, such as the Sahel."

have addressed humanitarian aid for the Afghan population, security from terrorism and drug trafficking, evacuation plans and collaboration with neighboring countries.

"We are determined to evacuate all our former Afghan collaborators at risk. We will not leave anyone behind," the president stressed.

Defense "We are Paracas, Madam Minister", the response of a military man to Robles' question about "if they had time to cry" in Afghanistan