Secret of confession: protecting children "is an absolute priority", according to the French Church

This Tuesday, October 12, Gérald Darmanin received the president of the Conference of Bishops of France after the latter declared that the secrecy of confession was above the laws of the Republic ... 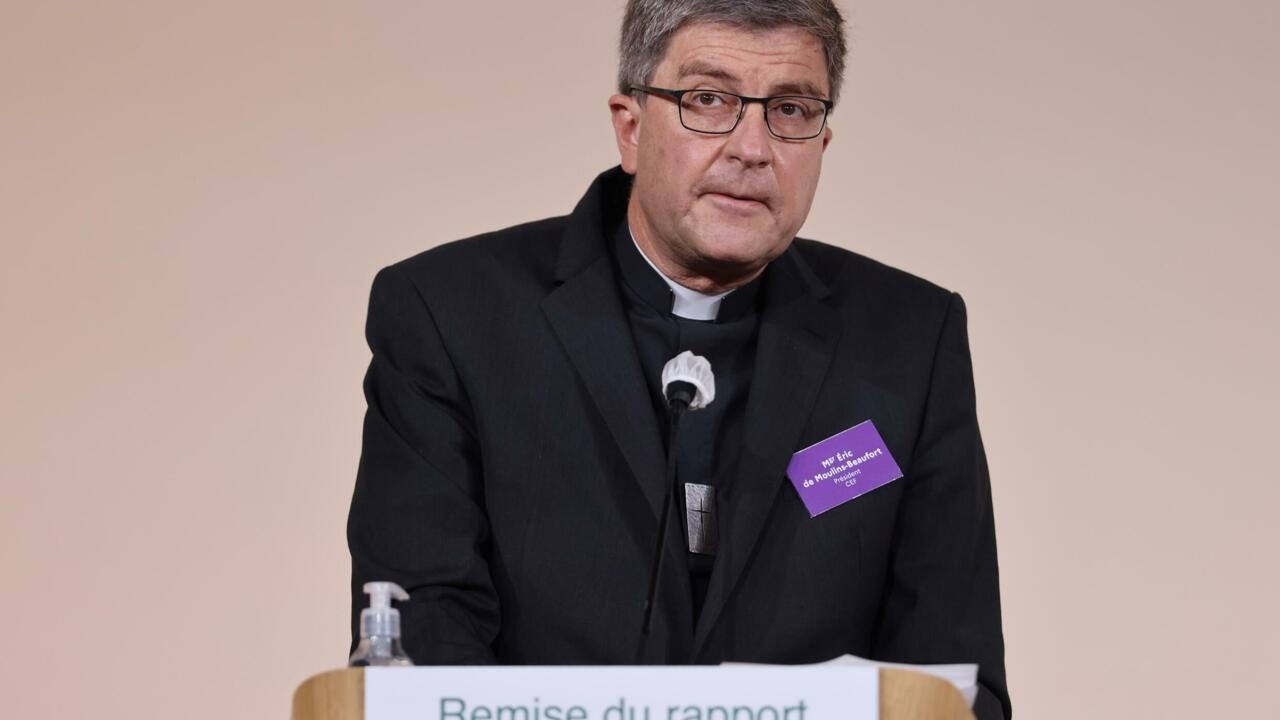 Secret of confession: protecting children "is an absolute priority", according to the French Church

The president of the French Bishops' Conference Eric de Moulins-Beaufort on October 5, 2021 in Paris.

This Tuesday, October 12, Gérald Darmanin received the president of the Conference of Bishops of France after the latter declared that the secrecy of confession was above the laws of the Republic.

The two men spoke behind closed doors and it was by press release that Monsignor Éric de Moulins-Beaufort then reacted.

Unsurprisingly, the Minister of the Interior and Worship Gérald Darmanin recalled Tuesday that priests having knowledge of "

" and not to oppose it with the secrecy of confession.

The French Republic respects all religions

", assured the Minister of the Interior, in charge of relations with the religions , in front of the National Assembly, after having received Mgr de Moulins-Beaufort, at the request of Emmanuel Macron.

Gérald Darmanin recalled that the secrecy of confession had been "

" in the law known as professional secrecy.

However, it suffers from exceptions with regard in particular to crimes committed for children under the age of 15 and that it is obvious that there can be no sanction against any religious or any person who has knowledge of facts of 'sexual abuse against children and that they must wear it for the protection of children to the justice of our country,

Monsignor Éric de Moulins-Beaufort made no statement to the press when leaving the ministry, but a press release was sent immediately. The president of the French Bishops' Conference begins by asking forgiveness from the victims and from all those who were shocked by the remarks he made about the confession. "

The protection of children is

Concerning the secrecy of the confession, the tone is more consensual than last week.

Éric de Moulins-Beaufort, explains that the extent of sexual violence revealed by

requires the Church to re-read its practices in the light of this reality.

We must therefore understand that work will be undertaken to reconcile confession and the need to protect children.

► To read also: Report of the Sauvé Commission, the Church of France between shame and astonishment

To go in this direction, from next month, the bishops of France will therefore look at the 45 recommendations made by the report to protect young Catholics and bring up any accusation of sexual assault.

Finally, Eric de Moulins-Beaufort announces, in his press release, having asked Pope Francis to receive Jean-Marc Sauvé and the members of his commission.