Apartments were evacuated in case of fire in Arvika

Most apartments in an apartment building in Arvika had to be evacuated in connection with a kitchen fire with heavy smoke development on Tuesday evening - Probably something was on the stove in an apartment that caused the fire, says operations manager Lars-Erik Karlsson at the rescue service in Arvika. 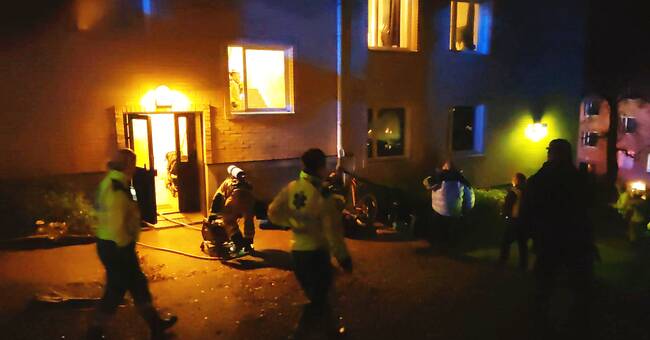 The alarm came at eight o'clock on Tuesday evening and the rescue service and ambulance came to the apartment building on Parkgatan.

- 18 people had to be evacuated from the house, says Lars-Erik Karlsson.

He had no information that anyone had been injured.

The fire that had spread to cupboards in the kitchen could be extinguished fairly soon, but the apartment is damaged by smoke and there was a strong smell of smoke in six to eight other apartments, according to the task leader.

- We now check that the fire has not spread in the ventilation, says Lars-Erik Karlsson.