The Abu Dhabi Family and Civil and Administrative Claims Court ordered a woman to pay 710,000 dirhams to her brother, which he handed over to her in installments over seven years to save it, but she refused to return it to him. 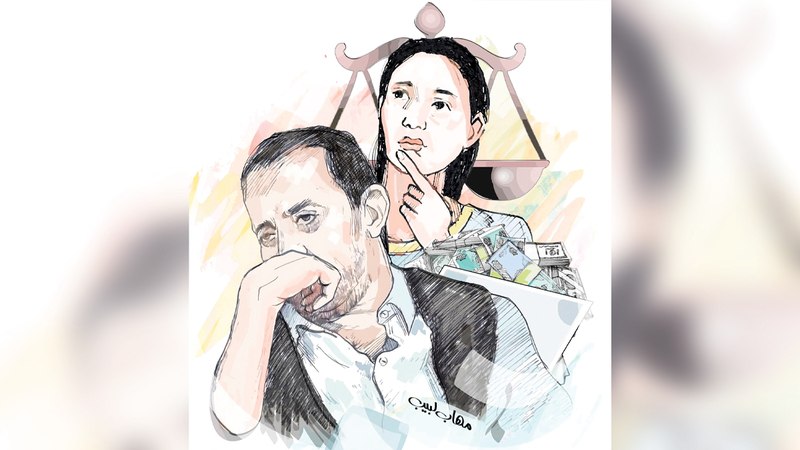 He handed it over to her to save, and she spent it for her own benefit

The Abu Dhabi Court for Family and Civil and Administrative Claims ordered a woman to pay 710,000 dirhams to her brother, which he handed over to her in installments over seven years to save her, but she refused to return it to him.

In the details, a man filed a lawsuit against his sister, in which he demanded that she pay him 710,000 dirhams with a delayed interest of 12%, and oblige her to pay 50 thousand in compensation for the delay and his failure to benefit from the amount, in addition to obligating her to pay fees and expenses and in exchange for attorneys’ fees, noting that He handed his sister 710,000 dirhams in monthly payments over seven years in order to save it for him and keep it as a trust.

He added that it was later found that she had disposed of the amount for her own personal interest, which led him to open a criminal complaint, and she was convicted of squandering the sums of money handed to her on the face of the deposit, and the court punished her with a fine of 30,000 dirhams with her being charged with criminal fees.

The defendant's attorney submitted a memorandum of request to take the decisive oath regarding his failure to receive the amount of 120 thousand dirhams of the amount owed to him, which amounted to 750,000 dirhams, and rejecting the claim for compensation and delayed interest, and accepting the request for the installment of the amount with obligating him to pay fees and expenses.

The plaintiff took the decisive oath, swearing that the original debt owed to him by the defendant was 750,000 dirhams, and that the defendant had paid him 40,000 dirhams of this debt, and thus he is stalking and owed so far the amount of 710 thousand dirhams.

In the ruling’s merits, the court confirmed that directing the decisive oath to the opponent in accordance with the provisions of Article 57 of the Evidence Law, means waiving all other structures, noting that the decisive oath was legislated for the opponent to be the last resort for its applicant when he lacks other means of proof, so it focuses on the incident in question, either by acceptance or By refusal, so that its proof or denial would be decisive in the dispute, and the court ruled to obligate the defendant to pay the plaintiff 710,000 dirhams and the delayed interest until full payment, and to oblige her to pay fees and expenses, and to reject all other requests.