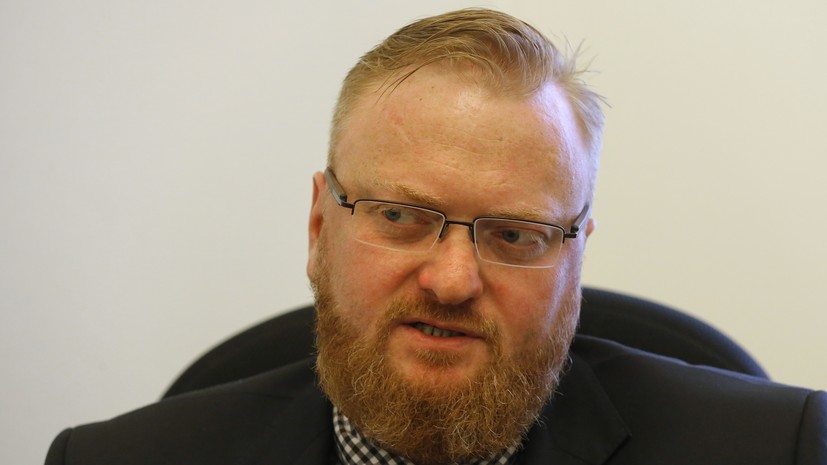 "Such an award could become a worthy response to Western influence in the scientific community, as well as a barrier to the advancement of modern Western pseudoscience based on political theories rather than empirical research," the appeal says.

According to Milonov, in recent decades, the prestige of the international Nobel Prize has often been criticized due to its political engagement.

He believes that science and creativity must be outside of political disputes that lose their relevance within the shortest time period.

And the act of awarding a high scientific award should not turn into "fuel" for new contradictions within society.

“Of course, as a citizen of Russia, I am always happy with the victories of my compatriots on international platforms.

Moreover, such as the Nobel Prize, ”said Milonov.

At the same time, the deputy called the number of laureates of this prize from Russia and "the cumulative contribution of domestic science to world progress" incommensurable.

“One gets the impression that Russian scientists and thinkers are being deliberately ignored for political reasons,” he added.

Earlier it became known that the Nobel Peace Prize was awarded to the Philippine journalist Maria Ressa and the Russian journalist and editor-in-chief of Novaya Gazeta, Dmitry Muratov.

The Nobel Prize in Physics for 2021 was awarded to Shukuro Manabe, Klaus Hasselman and Giorgio Parisi.

The Chemistry Prize went to Benjamin List and David Macmillan.