Haiti: Trump's comments against our immigrants are 'racist' and 'disgusting'

Haiti has condemned statements it described as "racist" and "hate" for former US President Donald Trump, who considered that Haitian immigrants entering the United States put Americans at risk of contracting AIDS. 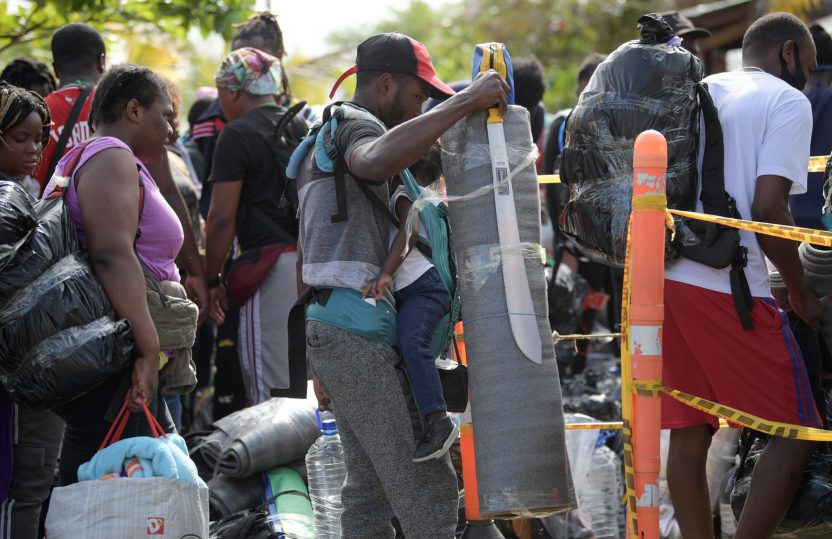 Haiti: Trump's comments against our immigrants are 'racist' and 'disgusting'

Haiti has condemned statements it described as "racist" and "hate" for former US President Donald Trump, who considered that Haitian immigrants entering the United States expose Americans to the risk of contracting AIDS.

"We have hundreds of thousands of people pouring in from Haiti, which has a massive AIDS problem," Trump said in an interview Thursday with Fox News.

He added, "It is possible that many of these people carry AIDS, and they enter our country and we do nothing about it, but we allow everyone to enter," describing it as "a death wish for our country."

According to World Bank data, the prevalence of HIV/AIDS has declined in Haiti in the past 15 years, and the infection rate is now estimated at 1.9 percent among Haitians between the ages of 15 and 49.

The Haitian Embassy in Washington denounced "Donald Trump's baseless racist statements about Haitian immigrants in particular and the Haitian population in general."

"These hateful comments are only intended to sow hatred and discord against immigrants," the embassy said in a statement on Friday.

The administration of President Joe Biden suspended operations to return illegal immigrants to Haiti after the earthquake that struck the southwest of the country on August 14, killing more than 2,200 people.

But in mid-September, more than 30,000 immigrants, mostly Haitians, gathered under a bridge at the Mexico-Texas border, changing the situation and exposing the Biden administration to harsh criticism from Republicans.

Under a health measure to counter Covid-19, the United States began deporting more than 7,500 Haitian immigrants on 70 flights in less than three weeks, the International Organization for Migration announced Friday.

After Trump's remarks, the Haitian embassy said that "civilized people (...) should not remain indifferent to this latest contempt by former President Trump for the Haitian people."