"When overtaking, I drove into the oncoming lane": what is known about an accident involving Ksenia Sobchak

In the Krasnodar Territory, a criminal case has been initiated into an accident involving a car carrying Ksenia Sobchak. The TV presenter was in the passenger seat of a Mercedes, the driver of which drove into the oncoming lane and collided with another car. As a result of the road accident, one person died, two received injuries of varying severity. The Mercedes driver has already admitted his guilt. The presenter herself was heading to the airport at the time of the accident. She later stated that the driver of her car “had not been driven by”. The representative of Sobchak said that the presenter was ready to provide assistance to the family of those killed and injured in the accident. 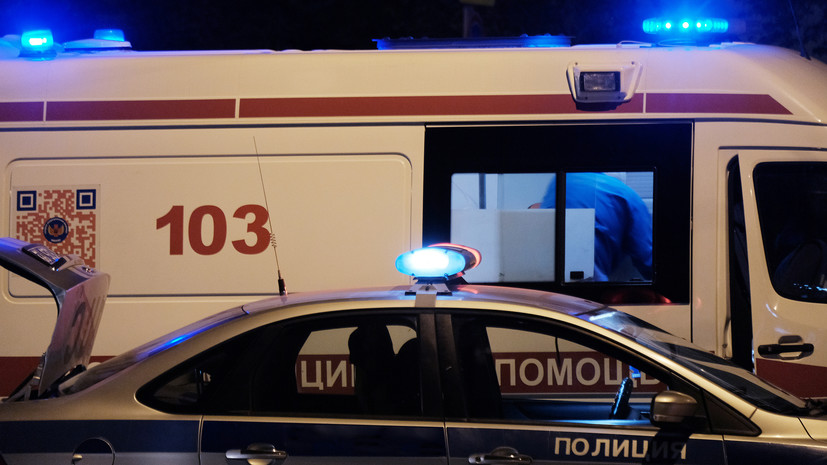 The Investigative Department of the Internal Affairs Directorate for the city of Sochi opened a criminal case on the fact of an accident involving a car in which TV presenter Ksenia Sobchak was.

A preventive measure in the form of a recognizance not to leave has been chosen for the Mercedes driver.

“A criminal case has been initiated against the driver of a Mercedes car ... on the grounds of a crime under Part 3 of Art.

264 of the Criminal Code of the Russian Federation (violation of traffic rules and vehicle operation) ”, - reported in the Main Directorate of the Ministry of Internal Affairs of Russia for the Krasnodar Territory.

They clarified that the accident occurred at about 21:00 on October 9 on the road "Adler - Alpika service".

According to preliminary information, the Mercedes driver, while overtaking, drove into the oncoming lane, where he crashed into a Volkswagen car, which then collided with a minibus by inertia.

"As a result of a traffic accident, a passenger of a Volkswagen, born in 1986, died from her injuries before the ambulance arrived, the driver born in 1993 and the second passenger born in 1991 were injured of varying severity and were taken to a medical facility," the Interior Ministry said.

The press service of the Krasnodar Territory Prosecutor's Office reported that the Mercedes driver pleaded guilty to the accident.

According to media reports, at the time of the emergency, Sobchak was returning from a concert in Krasnaya Polyana, at which she was the host.

Sobchak was heading to the airport to fly to Moscow, but an accident happened on the way.

On Sunday, October 10, the TV presenter commented on the accident in the Krasnodar Territory.

Now I am at home, just getting better, I have a concussion and numerous injuries.

I am horrified and shocked by the fact that people died, we will contact our relatives, ”the statement says.

Sobchak clarified that the Mercedes in which she was traveling does not belong to her, and it was not her driver who was driving.

She stated that at the time of the accident, no one drove the driver, and at that time she herself was communicating in Zoom.

Speaking about going to the oncoming lane, the TV presenter said: "It was a specific personal decision of the driver."

“I have a concussion.

The assistant does too.

I was driving with the team, after the collision I lost consciousness, then my assistant transferred me to another car, "she said, adding that she refused hospitalization in Sochi in order to get to Moscow as soon as possible.

Sobchak said that before leaving for the airport in another car, her director "called an ambulance and went to see if it was possible to help another car," however, according to the TV presenter, "people were already working on them."

Later, its director Kirill Sukhanov told REN TV that after the accident he got out of the car, examined the scene, asked to call an ambulance and went with the TV presenter to the airport: to them people from other machines and help them.

I immediately gave the command to the administration to call an ambulance.

When we left, I was informed that she had arrived. "

He also said that Sobchak and her team were never late.

At the same time, a video appeared in the media of Sobchak arriving at the Sochi airport shortly after the accident.

The footage shows that the TV presenter enters the hall without assistance and, according to eyewitnesses, without visible damage.

Later, the director of the presenter said that she was ready to help the family of those killed and injured in an accident.

“Today we received the contacts of the victims.

Let's get in touch with the husband of the deceased, he is arriving in Moscow today.

The relatives of the second victim will arrive tomorrow.

Help will be provided to everyone, "TASS quotes Sukhanov.

He added that the final conclusions will be made after the completion of the examination.