It is curious that these days there is so much talk about Laurence Debray's book because it will not be translated into Spanish until April. That is why the correspondents have not yet put off ... 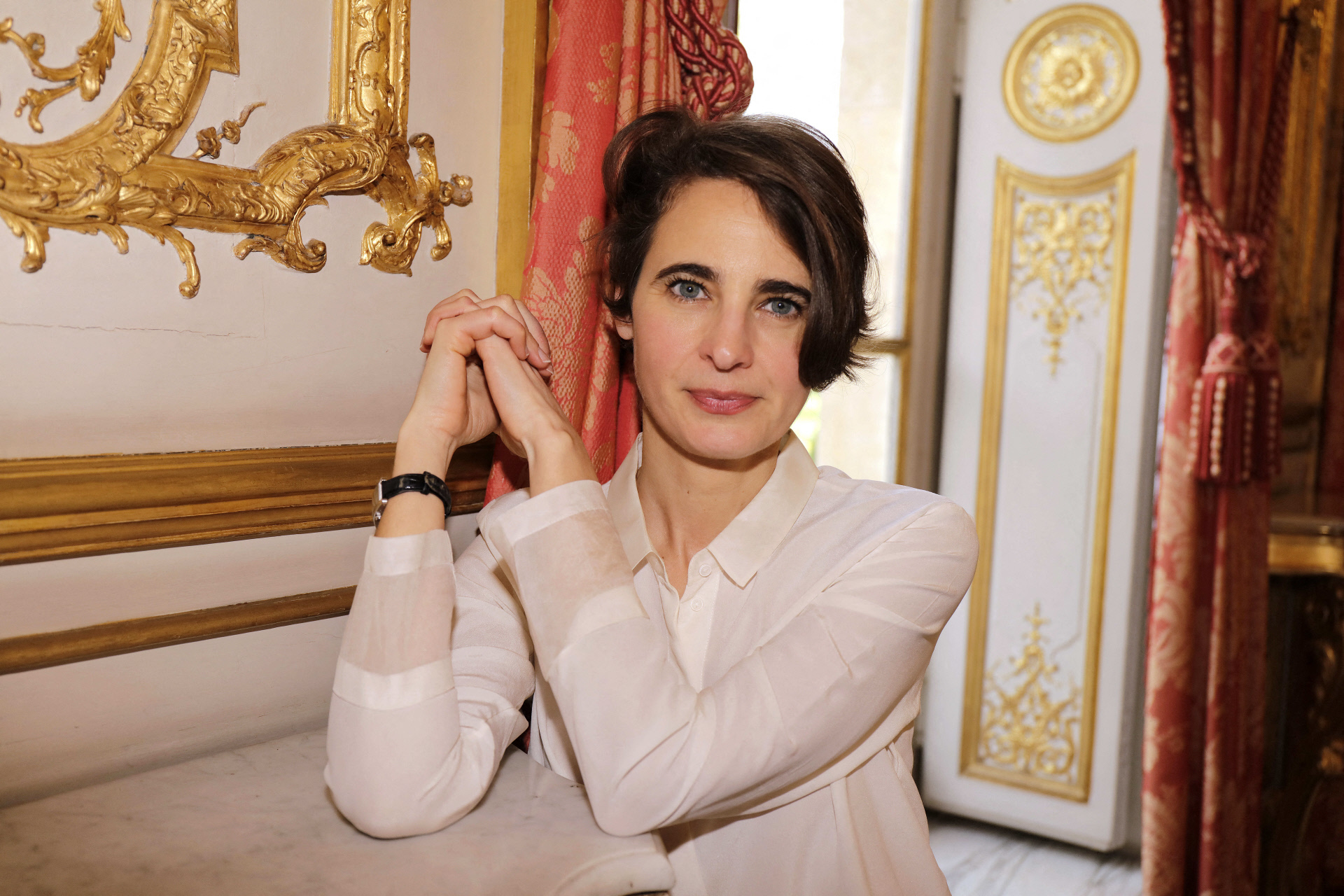 It is curious that these days there is so much talk about Laurence Debray's book because it will not be translated into Spanish until April. That is why the correspondents have not yet agreed on how to translate the title. ¿

? What is clear is the possessive "my" that critics of King Juan Carlos have been quick to link to a

between 'my deposed king' and its author. An idiocy considering that Debray

has dedicated her book to Émile Servan Schreiber,

her husband (son of the politician and essayist

Therefore, we are not facing an opportunist, but rather a liberal-minded writer with a pedigree (if you can call it that) of the

with a touch of realistic romanticism as denoted by

communist parents and friends of the Che Guevara

asked Laurence the reason for

"I want him to be like the person I had imagined,

And that is a bit what happens to us Spaniards who still continue to admire his work, the

hero of the Transition

has now disguised himself

dressed as a "retired American".

"I preferred to imagine him surrounded by Velázquez and Goyas." But of course,

King Juan Carlos is the only king of Europe "without heritage."

Like any person with a finger in the forehead, the writer realizes that the sins of the end of her reign should not overshadow that audacious miracle that was to

transform a dictatorship into a democracy

in which just seven years later the proscribed left triumphed during the Francoism.

"Behind the monarch, there is the man, his anguish, his doubts.

A man on the verge of death who

does not seem to distinguish good from evil. Who has lost his compass.

But that man embodies a part of Spain, of its past What will happen after his death?

He says that the King's friends are dying although there will still remain "those memories that they hardly teach at school, manipulated by unscrupulous populist politicians." "Juan Carlos takes with him an exemplary page of Spanish history: the democratic transition and its values, often distorted by a Spanish generation that has forgotten what it owes him. (...)

The current government wants to make a clean sweep free of old heroes.

that has sullied his political work only feeds the environmental discourse. The Crown has become a weakened institution forced to justify its existence at all times.

Felipe VI maintains the type with dedication and austerity.

You may not have conquered the hearts of the Spanish, but you have won their trust, vigilant. "

He recalls when he met Juan Carlos and what the contrast with what he had imagined about the pageantry and protocol of kings surprised him.

"You could almost say that he embodied the

. He had the advantage of being

and of reigning in a country that had fascinated me when I met him in my teens."

The previous edition of this book is a journey through the

interviews that Debray had with the monarch,

to which he also dedicated a documentary. The most remarkable thing, the last chapters perhaps already glossed by the media but that affect the

tension between father and son

instrumentalization by the Government

of the Don Juan Carlos case as an "alibi to cover up his mistakes in management."

"Juan Carlos has not committed any crime. He has not killed, stolen or raped.

gift difficult to refuse from the King of Arabia

, he traveled thanks to the generosity of his cousin, he accepted that a businessman friend ran with some his family's expenses ... Our king does not see life as his fellow citizens but as his peer heads of state, or retired CEOs of companies. He told me an anecdote that happened to him as a child in Lausanne. 'A Spaniard who had come He

gave me a gold pen

to see my father, and

never had a penny.

When I told my father, he scolded me and went to talk to the doorman. He returned with the pen but reproached me for having made him lose five euros. '

Money has always been a concern,

"concludes Debray but does not avoid criticizing the person who has played his character.

"It is difficult to be irreproachable when for 40 years you have done everything right."

"You shouldn't have aged before you were wise," quotes

. "Juan Carlos has aged before becoming wise. Or Perhaps if he was wise in his youth he has decided to make up for lost time. What was his

not enough to ensure the

standard of living of a clan of which the King always he has worried. He

is the only European monarch who does not own anything. Rumors speak of his father's inheritance, of gifts ... But in the best families there is no talk of money on the table and even less in public. "

The review of his

is well known. Debray is unrepentant.

"Our daring and accusing society judges faster than justice.

Without nuances or pondering. And this collective voice seems to outweigh that of the magistrates. Juan Carlos has become the

scapegoat of a once lax society

that today he presumes of exemplary character ", sentence after saying that

the King is alone

and that the businessmen whom he has helped so much to do business abroad have abandoned him.

Nobody dares to defend him.

Debray did so in a letter that he sent to the media in which he talks about the successes but also the mistakes of the monarch, among which stands out the

lack of tact and neglect of Doña Sofía.

Later, he says that Juan Carlos' arrival in Abu Dhabi disappointed him despite being explained that it was the only place where he could be safe from the media.

Then a dialogue is collected in which the writer censures him.

"If he had died before the Botswana hunt, he would have died a hero. Don't you understand that even the president of France has stopped hunting?

Hunting is no longer a politically correct activity.

Today you have to eat organic vegetables and go by electric car ".

We do not know the answer the King gave him.

He also tells of his

in which he talks about his outfit, his

"I am devastated to find him uprooted ,

alone, without the affection of his country.

A king without a kingdom

. However, Juan Carlos continues to be indomitable. "

In his departure Debray is somewhat bitter.

"I'm leaving disoriented. She left behind a retracted (shrunken) king abandoned to his faults and weaknesses."

Gone was the king who in his youth "restored his confidence in politics. He was the hero of a story that ended well."

has already received its first reviews in

FamiliesThe hard life of Sofía Cristo: sexual abuse, cocaine, insults and witness of how her father tried to strangle her mother