The breeding summit near Clermont-Ferrand this year attracted many presidential candidates. This Thursday, after Marine Le Pen, it was Michel Barnier who went to meet ... 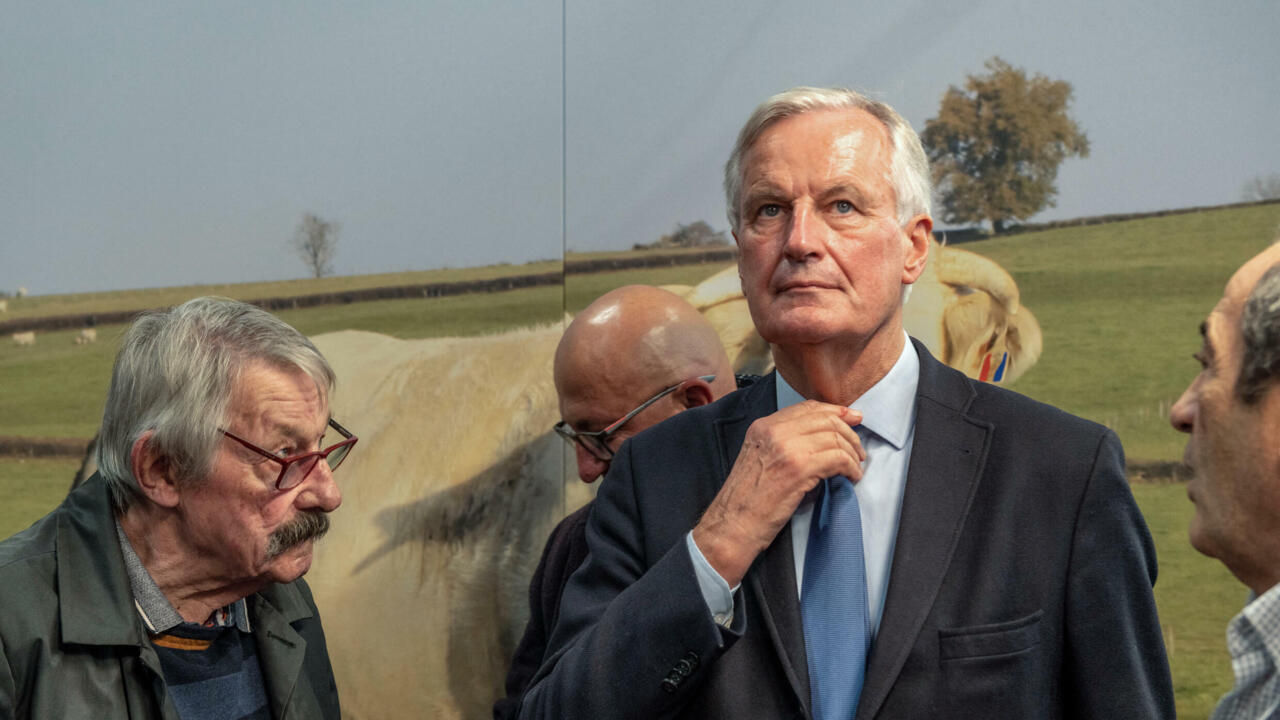 One of the declared candidates for the French presidential election, Michel Barnier (Les Républicains), on October 7 at the breeding summit in Cournon-d'Auvergne, in central France.

The breeding summit near Clermont-Ferrand this year attracted many presidential candidates.

This Thursday, after Marine Le Pen, it was Michel Barnier who went to meet the peasants.

Objective for the candidate for the nomination of the right: capitalize on his experience.

With our special correspondent in Cournon-d'Auvergne,

is a familiar face, but on which many in the spans of the summit of the breeding, which is held near Clermont-Ferrand, have difficulty putting a name.

A shame when the one who has 50 years of politics behind him is obliged to unroll his CV: "

This experience which is built in Savoy where I was elected for 20 years as Minister of Jacques Chirac or Nicolas Sarkozy, as European negotiator or as commissioner, I will put my experiences at the service of our country.

Those who do not know me, I only ask to know them,

► Also to listen: Michel Barnier, an ambitious European back in France

Gérard, he has not forgotten Michel Barnier, the one who “

I can tell you that you must be good, as against England, he had to be strong

But his preference is elsewhere: “

We need people who have good words ”.

Jean-Luc supports Barnier's candidacy, a little out of nostalgia.

Michel Barnier had a great boss and in agriculture and breeding, it is not just anyone.

It was Jacques Chirac all the same, we must not forget.

In the end, maybe it can be the one who can bring people together,

”he likes to believe.

Unifier, even peacemaker ... Here is a definition which appeals to Michel Barnier.

An electoral campaign is a moment of debate, dialogue

A path that Michel Barnier wants to walk away from controversies.

But remembering to remember that, unlike Xavier Bertrand and Valérie Pécresse, he never left his political family, The Republicans.