Today, Thursday, the Yemeni army forces and tribes, backed by the Arab coalition, achieved qualitative victories on the Al-Jawf and Marib fronts, while the Arab coalition fighters managed to destroy Houthi missile targets and launchers in the vicinity of Ma'rib. 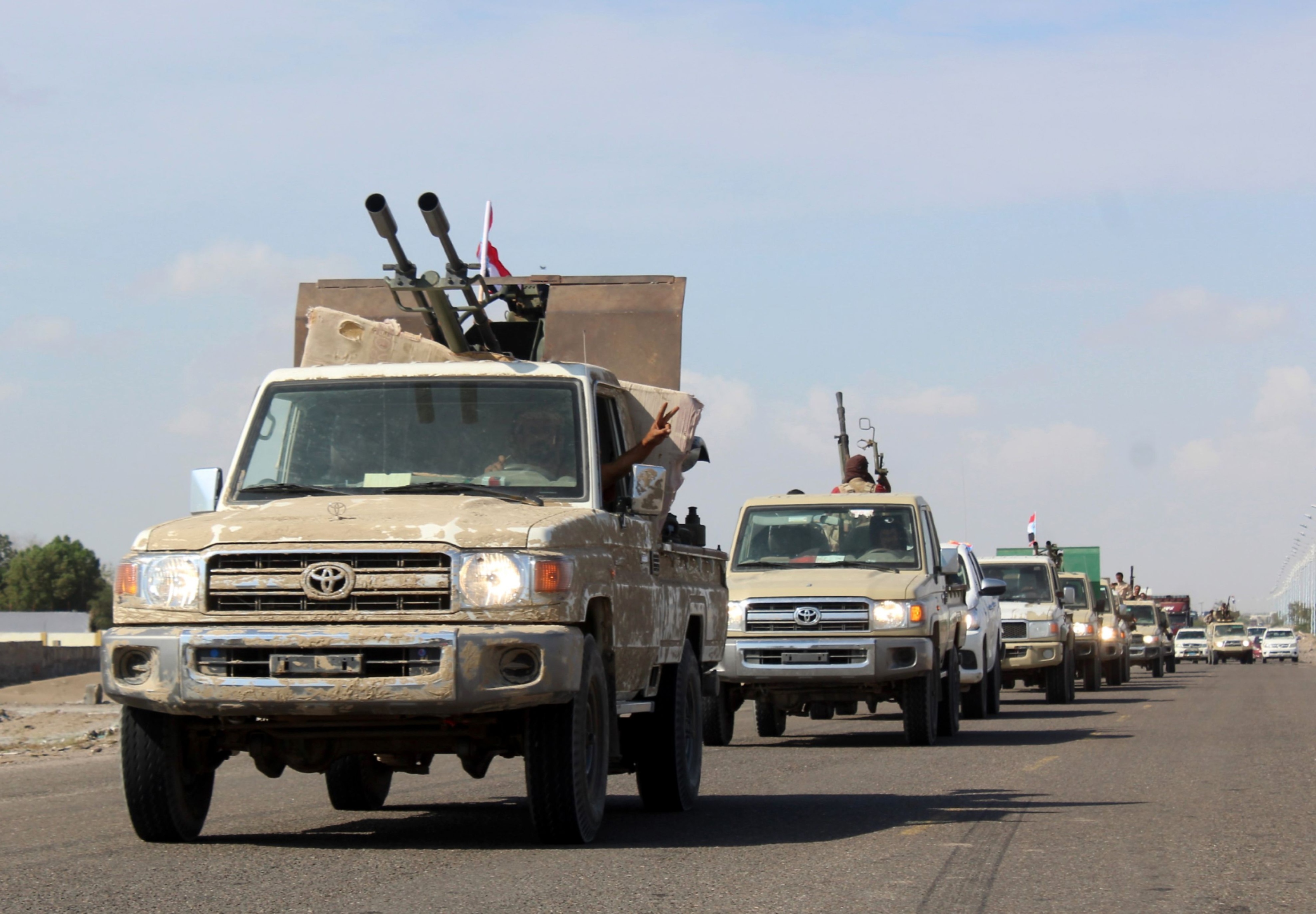 Today, Thursday, the Yemeni army forces and tribes, backed by the Arab coalition, achieved qualitative victories on the Al-Jawf and Marib fronts, while the Arab coalition fighters managed to destroy Houthi missile targets and launchers in the vicinity of Marib.

Field sources in the Sixth Military Region, in Al-Jawf Governorate, confirmed that the forces of the region, backed by tribes and the Arab coalition, were able to secure new areas on the Al-Bursh, Al-Aqsha' and Al-Khasf fronts, and strengthened their positions in the areas of Al-Kanais camp, Asdas, and Huishan, to prevent any attempts by the Houthi militia to launch Attacks towards Marib.

The sources pointed out that all the supply routes heading towards Al-Banat camp and east of Al-Hazm city, the capital of Al-Jawf, are now under the control of the government forces and tribes, as these forces and tribes continued their advance and military operations, towards the south of Al-Hazm city, specifically towards the Al-Jadafer front, and imposed their control over the entire Badr mountain range. .

The government forces and tribes, backed by the Arab coalition, thwarted all Houthi attacks during the past hours to restore those sites, as the Houthi attacks focused on the Khasf area, which controls the roads linking Al-Jawf and Marib, and the Al-Khub desert in the Khub and Al-Sha`af district.

In Marib, the Yemeni army forces and the tribes, backed by the Arab coalition, carried out a successful bypass operation on the militia positions in the Jabal Murad front, south of the province, during which they were able to control the entire Jabal Rahoum and cut off the militias’ supply routes in Sadra, Najd Al Majma’ah, and Mahlia Directorate.

Field sources confirmed that the government forces and tribes were able to carry out a pincer operation on Houthi groups in those areas, inflicting many deaths and injuries among their ranks, and capturing a number of them, including prominent field leaders.

On the fronts west of Marib, the army forces, backed by coalition fighters, carried out a qualitative military operation on the Al-Mashjah front, which led to the killing and wounding of dozens of Houthi elements, according to field sources, confirming the death of more than 45 Houthis, including 8 prominent leaders, including the commander of the Marib Houthi fronts, and the commander of the military region. The fourth, commanders of the 35th Armored Brigade of the Houthis, in a blow described as the quality received by the militias during the past hours.

The coalition fighters had launched a series of qualitative and focused raids in response to the Houthis targeting Abha airport in the Kingdom of Saudi Arabia, with a drone that was intercepted and destroyed by the coalition's defenses, which led to the scattering of shrapnel on the airport, causing civilian casualties.

Field sources confirmed that the coalition's raids led to the destruction of weapons depots, a missile launcher, and Houthi reinforcements on the fronts west of Ma'rib, leaving Houthi fighters dead and wounded. .

Field sources said that the militias received painful blows during the past few hours on the fronts south and west of Ma'rib, and on the al-Jawf fronts, in conjunction with the launch of coalition warplanes focused raids on militia gatherings and sites, which resulted in deaths and injuries and the destruction of a number of Houthi combat mechanisms.

In Hodeidah, field sources confirmed that the commander of the National Resistance, Brigadier Tariq Saleh, called on the Republican Guards and the Tihama brigades for combat readiness to defend the republic and restore the state from the Houthi militias, without indicating the date and place of carrying out any combat operations against the Houthis.