Chinese experts said they see a "positive sign" in the approach of the administration of US President Joe Biden to his country's differences with China on trade. Yesterday, the Global Times, a government spokeswoman, quoted experts commenting on the invitation of US Trade Representative Catherine Taye, to a frank conversation. 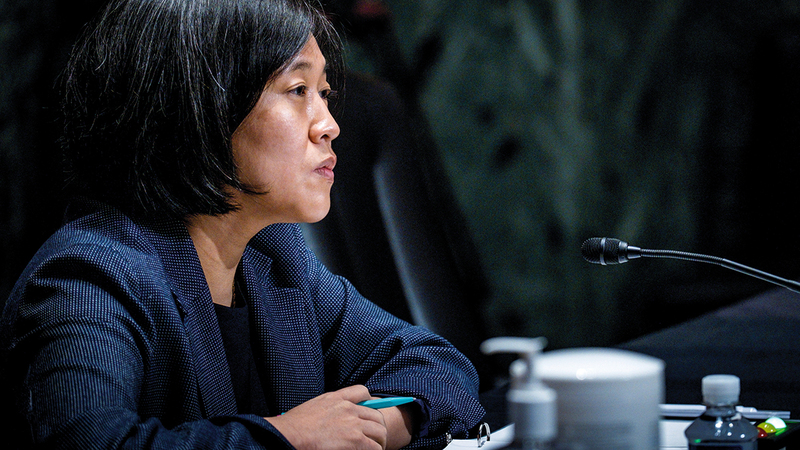 US Trade Representative Catherine Taye calls for a frank conversation with Beijing.

Chinese experts said they see a "positive sign" in the approach of the administration of US President Joe Biden to his country's differences with China on trade.

Yesterday, the government's spokeswoman, Global Times, quoted experts for their comment on the invitation of US Trade Representative Catherine Taye, to a frank conversation with Beijing in statements she made in Washington on Monday.

In a statement issued by her office, she explained in her comments the importance of realigning Washington's trade policies toward China, in order to defend the interests of America's workers, businesses, farmers, and producers, and strengthen our middle class.

An expert at the Chinese Academy of Social Sciences in Beijing, Zhao Lingyun, said that the phrase frank talks that Tai mentioned is a positive sign that the mechanism of trade talk between China and the United States has always existed, while the word frank may indicate that the United States has realized that It should resolve bilateral trade frictions in a more pragmatic manner.

This phrase was also in line with China's strategy on the United States.

Beijing insists that differences should be resolved through frank talks, while maintaining normal trade between the world's two largest economies.

Zhao added that the US proposal showed that tariffs imposed by the United States on Chinese products no longer seem to have a significant impact as intended.

Another analyst told the newspaper that imposing tariffs on bilateral trade would certainly hurt American consumers and manufacturers, and not help the Biden administration to combat inflation.

The analyst pointed out that any escalation of coercive trade measures from the Biden administration, will cause increased confrontation, and will backfire on the United States.

US President Joe Biden told his Chinese counterpart Xi Jinping last month that the United States would continue its efforts to responsibly manage competition between Beijing and Washington, in the second phone call between the two leaders since Biden took office in January.

The White House said at the time that Biden and Xi discussed the two countries' responsibility to ensure that competition did not skew into conflict.

A trade war between the two countries began with the imposition of tariffs on both sides under Biden's predecessor, Donald Trump.

The relationship is at its lowest level since the two countries established diplomatic relations in 1979, and it appears Biden will continue Trump's hard line against Beijing.

Xi blamed the United States for the deterioration of relations, saying that Washington's policy toward China had for some time caused serious difficulties for relations.

• Imposing tariffs on bilateral trade will certainly harm American consumers and manufacturers, and will not help the Biden administration to combat inflation.