"Appeal filed": Nord Stream 2 AG will challenge the decision of the German court on "Nord Stream 2"

The operator of the Nord Stream 2 project has filed an appeal against a court ruling in Dusseldorf, which refused to remove it from the EU gas directive. The State Duma expressed the opinion that legal disputes will not affect the operation of the gas pipeline, since now the issue is only in the volumes allowed for pumping after the launch of the project. The day before, Nord Stream 2 AG announced the start of the process of filling the first string of the pipeline with gas. 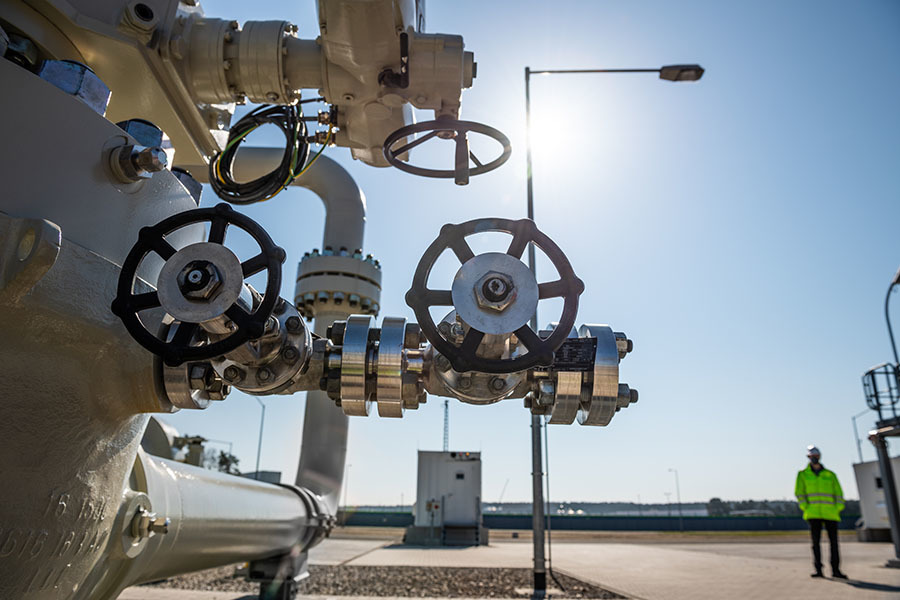 The operator of the Nord Stream 2 project has filed an appeal against the decision of a German court, which had previously refused to exclude the pipeline from the EU gas directive.

The representative of Nord Stream 2 AG told TASS about it.

"Nord Stream 2, observing the deadlines, filed an appeal against the decision of the Supreme Regional Court of Dusseldorf of August 25, 2021 to the Supreme Federal Court of Germany," the press service said.

Recall that on August 25, a court in Dusseldorf rejected the complaint filed by Nord Stream 2 AG against the earlier decision of the Federal Network Agency (FSA) of Germany, which refused to withdraw the project from the gas directive.

According to current regulations, part of the pipeline entering the territory of the European Union should not belong to the energy producer, but to a third-party company.

Otherwise, the operator is obliged to reserve a significant part of the capacity for third-party suppliers.

Deputy Speaker of the State Duma of the VII convocation Igor Ananskikh, in a conversation with RT, recalled that litigation on this issue has been going on for a long time.

“Of course, it is foolish to use a ready-made gas pipeline only at 50% of its capacity.

Therefore, the consortium of companies Nord Stream 2 AG filed a lawsuit to challenge the court's decision on the filling of 50% of the pipeline.

Especially considering the cost of gas in Europe, ”said the deputy.

At the same time, he expressed the opinion that this situation will not in any way affect the operation of Nord Stream 2.

“He is ready to work and there is no question of his working capacity.

The question is the efficiency of this work and the filling of the gas pipeline.

It is advantageous for Europe to receive more gas and the price, accordingly, to decrease, ”said Ananskikh.

In turn, Deputy Director General of the Institute of National Energy Alexander Frolov stated that not only Russia, but also European companies are involved in the Nord Stream 2 project, and the pipeline itself fully meets the needs of the European Union.

These risks are recognized by all the main buyers of Russian gas, so many of them are directly involved in the implementation of the project, "said the interlocutor of RT.

Against this background, any attempts to resist the implementation of the project, undertaken by some European officials, are "initially doomed", the analyst believes.

“Obtaining permission for 100% loading of Nord Stream 2 would, of course, be a good step, but I'm afraid our European friends are not very fond of learning from their mistakes.

Nevertheless, the project will be implemented.

It has already been implemented, there are only formalities left, ”Frolov emphasized.

On September 10, Gazprom and Nord Stream 2 AG announced the completion of the technical stage of construction of Nord Stream 2.

The final element was the connection of the sections of the second line of the gas pipeline running from the coast of Germany and from the waters of Denmark, using a surface overflow.

Less than a month later, on October 4, the press service of the project operator announced the start of the procedure for filling the first string with gas.

“The string will be gradually filled with gas to achieve the volume and pressure required for further technical testing ... Commissioning work on the second string continues," the company explained.

Meanwhile, the Federal Grid Agency of the Federal Republic of Germany announced that all technical conditions for putting the gas pipeline into operation have been met, and the relevant confirmations have been provided to the competent authorities.

“In this regard, it is possible that soon one of the strings of the connecting pipeline will be launched ... For this reason, the Federal Network Agency, in a letter dated October 4, demanded that Nord Stream 2 AG immediately provide information and, if necessary, confirm that within the framework of the operation of the connecting pipeline all norms will be observed, "a representative of the department told TASS.

The FSA explained that it is about the issues of providing "non-discrimination access to the network and the integration of the connecting pipeline into the German market."

Several European states and the United States opposed the construction of a trans-Baltic gas pipeline laid parallel to the Nord Stream, promoting their liquefied natural gas to the EU.

Opponents of the project, in particular, claim that it allegedly threatens the energy security of Europe.

At the same time, both the Russian side and German, Austrian politicians have repeatedly stated that Nord Stream 2 is an exclusively commercial project, in which Europe is primarily interested.

As Maria Zakharova, spokesman for the Russian Foreign Ministry, noted in September, strategically, this project will strengthen Europe's energy security for decades to come.

According to her, it is time for all opponents to stop obstructing him: "The time has come to agree on reasonable, mutually beneficial parameters for the operation of the gas pipeline."