The new triple alliance: why the West is unhappy with the creation of the military partnership AUKUS

How the new military partnership between the United States, Great Britain and Australia (AUKUS) was created, clearly demonstrated what a world order based on rules, rather than rule of law, looks like. This opinion was expressed by the official representative of the Russian Foreign Ministry Maria Zakharova. According to her, even in the West, not everyone liked it. Earlier, French Foreign Minister Jean-Yves Le Drian said that the creation of AUKUS undermines trust between the allies. Experts note that the sharp reaction of European countries is due to the realization that in Washington they are viewed only as a strategic asset that can be disposed of at their own discretion. 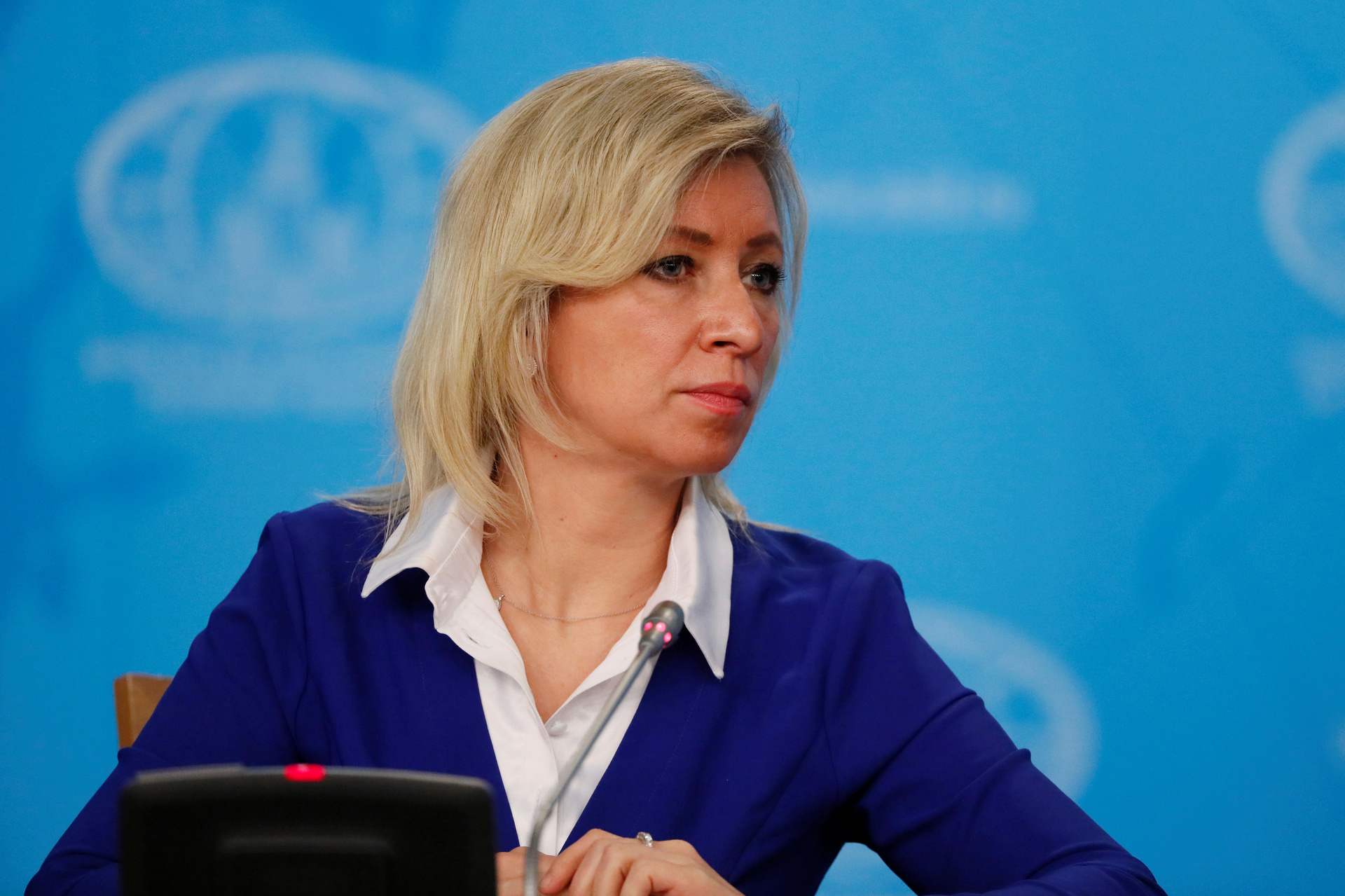 The sudden announcement of the AUKUS defense partnership between the United States, Britain and Australia showed all Western countries what a rule-based world order could become. This opinion was expressed by the official representative of the Russian Foreign Ministry Maria Zakharova on the air of the program "Evening with Vladimir Solovyov" on the TV channel "Russia-1".

“The collective West is constantly throwing new rules into the agenda, passing them off as rights ... Everyone repeats that the new world order will be based on these new rules.

And everyone liked it.

I ceased to like it when everyone came across this concept in practice.

When the USA, Great Britain and Australia, without asking anyone, in one day came up with a new Triple Alliance, which changes the alignment in the world, in collective security and international stability.

For some reason, these new rules, which were so interesting yesterday, turned out to be not so tempting, ”Zakharova said.

According to the diplomat, if earlier the UN charter, worked out collectively, was the legal basis of the world order, now the so-called rules arise spontaneously.

) was discussed and adopted collectively, taking into account the opinions of various countries, which very often did not coincide with each other, on the basis of a compromise and consideration of interests.

Today the rules are being stamped absolutely chaotically, ”the Foreign Ministry spokeswoman emphasized.

At the same time, according to Zakharova, the countries - the authors of these "rules" often do not themselves understand how they should work.

Earlier, speaking at the general political discussion at the 76th session of the UN General Assembly, Russian Foreign Minister Sergei Lavrov noted that the imposition of a "rule-based order" instead of compliance with international law is fraught with the creation of "dividing lines" between a group of Western countries and other states.

At the same time, he stressed that, as practice shows, these rules can also be created to contain those who in the western camp are showing excessive independence.

"At least many world media outlets regarded the epic with the supply of submarines to Australia as a reaction to the talk about" strategic autonomy "of Europe, which intensified after the hasty US withdrawal from Afghanistan," Lavrov added.

Later, at a press conference following his participation in the UN General Assembly, the head of Russian diplomacy suggested that a new partnership between the United States, Australia and Great Britain could push the European Union towards rapprochement with the Russian Federation.

“Of course, we can feel the consequences of what is happening there.

This can affect our relations with the European Union, it can cause interest in the European Union to cooperate with us, using the obvious geopolitical and geostrategic advantages of being on one huge continent, ”Lavrov said.

Within the framework of the new association, the countries plan to deepen military and military-technical cooperation, which meets "the interests of promoting peace and stability in the Indo-Pacific region."

In particular, it is planned to assist Canberra in creating its own nuclear submarine fleet.

In the next year and a half, the partners intend to assess the possibilities in this direction.

According to British Prime Minister Boris Johnson, there is no reason to fear a violation of the Treaty on the Non-Proliferation of Nuclear Weapons.

Following the announcement of the creation of AUKUS, Australia announced the termination of a multibillion-dollar contract with France for the supply of French submarines to Canberra.

The agreement, worth € 56 billion, called for the production of 12 Attack-class attack submarines by the Naval Group.

It should be noted that the announcement of the creation of AUKUS came as a complete surprise to the European Union.

On September 16, EU Foreign Office spokesman Peter Stano admitted that Brussels was not informed about the plans of the US, Great Britain and Australia.

In turn, French Foreign Minister Jean-Yves Le Drian pointed to the one-sidedness and unpredictability of the actions of the members of the newly-formed partnership, which is unacceptable in relation to other Western allies.

"The issue is not only in breaking the arms contract - indeed, this is a negative moment for France, but also in undermining trust between the allies," Le Drian said during a press conference on the sidelines of the UN General Assembly in New York.

An even harsher reaction to the formation of a new military alliance followed from China.

Beijing regarded the creation of AUKUS as an unfriendly step in its direction.

According to the official spokesman for the Chinese Foreign Ministry Zhao Lijian, the agreements between the three countries, including on nuclear submarines, "contradict the spirit of non-proliferation of nuclear weapons."

In turn, Chinese Ambassador to the United States Qin Gang stressed that this cooperation is "extremely irresponsible" and will accelerate the arms race.

“It undermines regional peace and stability and neglects international nonproliferation efforts,” TASS quoted the head of the diplomatic mission as saying.

Former UN Deputy Secretary General for Economic and Social Affairs, Chinese diplomat Sha Zukang said at all that Beijing should abandon its policy of non-use of nuclear weapons first and be ready to strike to repel new alliances in the Pacific region.

Experts interviewed by RT note that the sharp reaction of European countries is due to the realization that the United States views them only as a strategic asset, to which Washington is quite cynical and mercantile.

For example, Sergei Ermakov, a leading expert at the RISS Research Coordination Center, drew attention to the fact that US President Joe Biden began his last trip to Europe from London, where he signed a new version of the Atlantic Charter, modeled on the 1941 agreement, in which eight key areas of cooperation between the two states.

“This is a very symbolic step, because this document essentially uses the first edition of the charter as a prototype, when the West was on the verge of a serious choice of the paradigm of its further existence.

Then that agreement largely predetermined the outcome of World War II and the further interaction of the United States and Britain with the USSR.

Now, in a peaceful environment, the conclusion of such an agreement would seem superfluous, but American efforts are developing towards the creation of a more expanded Anglo-Saxon bloc, "Ermakov explained.

In addition, the expert believes, by the conclusion of a new partnership, the United States has once again shown that they consider themselves entitled to cooperate with those allies that are closer and more profitable to them at a particular moment.

“In general, Washington is now trying to demonstrate that if the countries of Europe are not with him, then they can be left alone in some kind of isolation.

Indeed, unfortunately, the EU countries so far only in words demonstrate a desire to be self-sufficient in defense matters.

They talk about strategic autonomy, but in reality they buckle under American pressure, ”the analyst added.

A similar point of view was expressed by the head of the Center for Global Studies and International Relations of the IAMP of the Diplomatic Academy of the Ministry of Foreign Affairs of the Russian Federation Vadim Kozyulin.

The expert noted that in its tasks AUKUS resembles the intelligence alliance of the USA, Australia, Canada, New Zealand and Great Britain "Five Eyes" (FVEY) and is necessary for Washington to confront China.

“Australia's participation is now important for the United States, as it had good relations with Beijing for a long time and was an important trading partner for the PRC.

Today these ties are being broken, and on the whole the vector of the development of events is clear, but it is not clear why this had to be done secretly.

This is a reason for Europe to have doubts about the reliability of the North Atlantic Alliance as an instrument of countering Russia, ”Kozyulin said in a commentary on RT.

In turn, Sergei Ermakov noted that the United States, considering itself the leader of NATO, is confident that the other allies must unconditionally accept all their actions.

“Washington believes that the allies should line up, follow him or wait for them to be summoned to solve practical problems.

And in their free time, they have to do their homework, which involves increasing defense spending and contributions to NATO, increasing the intensity of training and developing a common strategy, ”the expert said.

As for the provision by Washington of technologies for the independent construction of nuclear submarines by Australia, Vadim Kozyulin expressed the opinion that the issue is tied to the future coordination of the partners' actions and in the future may well involve nuclear equipment of submarines.

“Although these submarines are not claimed to be carriers of nuclear weapons, it can be assumed that such a technical capability will be provided.

And in the case of the X-hour, these non-nuclear submarines will be able to fire the most nuclear shells, ”the expert summed up.