In Mexico, aid to Haitian migrants is organized on social networks

A few weeks after the violent earthquake that devastated the island, and in the midst of a health and political crisis, thousands of Haitians fled their country to reach the American continent. On the road ... 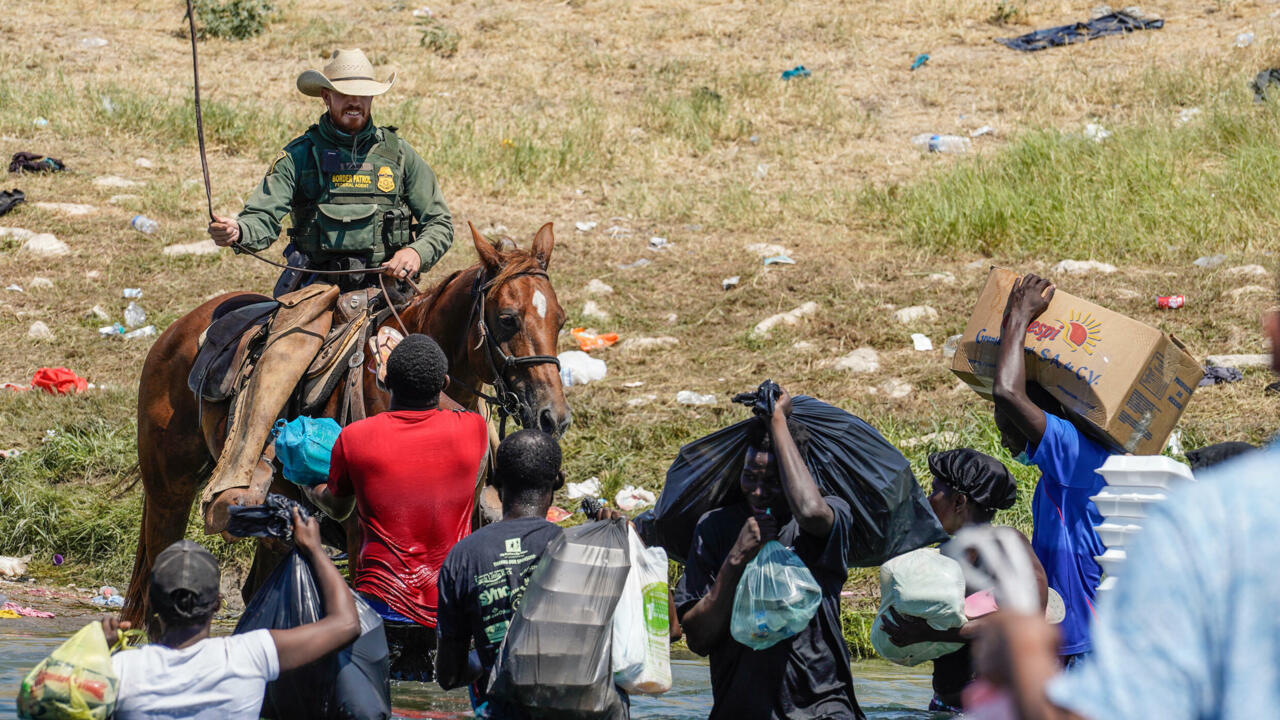 In Mexico, aid to Haitian migrants is organized on social networks

A United States Border Patrol agent on horseback uses his reins as he tries to stop Haitian migrants from entering an encampment on the banks of the Rio Grande near the Acuna Del Rio International Bridge in Del Rio, Texas PAUL RATJE AFP

A few weeks after the violent earthquake that devastated the island, and in the midst of a health and political crisis, thousands of Haitians fled their country to reach the American continent.

On the road north to the United States, Mexico is a must, and it is also the most difficult stage.

While the influx of Haitian migrants continues to grow in the country's cities, this new migration crisis is reacting on social networks.

With our correspondent in Mexico

Mexicans were moved like many of the images that circulated throughout local media and social networks.

They show the deplorable conditions in which hundreds of Haitians find themselves in the town of Acuña, just across the border with Texas.

They are seen crossing the Rio Grande River on foot, but once on American soil, they run the risk of being deported.

The testimony of a Haitian woman has circulated a lot on Facebook.

It is about a migrant who tells that she had no more news of her husband gone to look for food.

He was told a few days later that he had been arrested and taken on a plane to southern Mexico, on the border with Guatemala.

The capital has seen the number of Haitian asylum seekers explode. Here too, help is organized on social networks with the inhabitants. Many messages invite people to show solidarity on Twitter. It is often a matter of first aid, requests for donations for food, clothing, hygiene products for babies. A shelter tweets to warn that it is saturated and that it has no more room. Others ask those who can, to host a person or a family. And then there are stories from residents of Mexico City who themselves bring food or goods to migrants gathered in the street, inviting their entire network to do the same.

Moreover on Facebook, an Internet user filmed herself in front of the Mexican Commission for Refugee Assistance while she came to support the Haitians who were in line.

And she shared her annoyance: “

see who comes to help the migrants, the city does nothing

And then, there were a lot of annoyed reactions on Twitter after the announcement of the mayor of Mexico not to open additional shelters on the pretext that the Haitians were not going to stay.

Media attention that annoys some

Mexico has a tradition of welcoming refugees.

It is in this sense that on Twitter, we have seen people who speak French offer their services to help Haitians to write their paper in Spanish.

But it is true that in some reactions, we feel a certain bitterness.

On Facebook, a woman comments on a video saying: "

we give them a house of their own, but here too Mexican families are in the street

Other Internet users respond that the media are focused on this Haitian migration crisis and regret that the same attention is not given to other people who are also in distress in Mexico.