The Swiss vote to open marriage to same-sex couples

The Swiss are called to the polls this Sunday, September 26 to legalize same-sex marriage. The country is one of the last western states not to have done so. However, the Swiss company has ... 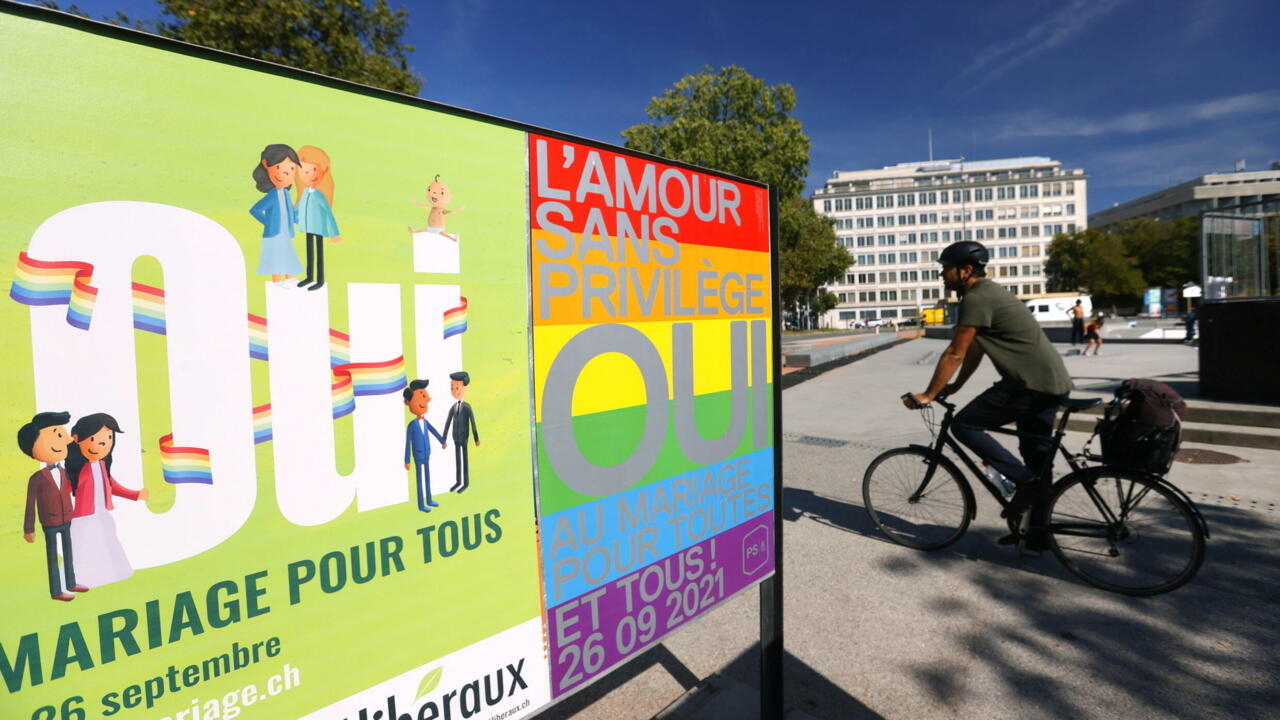 The Swiss vote to open marriage to same-sex couples

If we are to believe the polls, Switzerland should legalize marriage for all this Sunday, September 27.

The Swiss are called to the polls this Sunday, September 26 to legalize same-sex marriage.

The country is one of the last western states not to have done so.

However, Swiss society has been preparing for it for years, like Catholic-Christians.

The 10,000 members of this small progressive church were already accepting the blessing of same-sex couples.

They just said yes to marriage for all.

What we have been doing for a long time for straight couples, we will also do for gay couples.

He has been convinced for a very long time that marriage for all must be recognized in Switzerland.

This priest of the Catholic-Christian Church has also voted for his church to go even further and religiously marry homosexual couples.

And he has already been approached by a couple of women.

I was approached, but I put the wife on hold because the idea is to still bring something that corresponds to the people.

So, when you have a patriarchal ritual, you have to change it,

the husband and wife, Jean Lannoy will have to adapt the liturgy of the Church to stick as closely as possible to what these couples are experiencing.

Stéfanie Arnold is particularly concerned since she is homosexual, in a relationship and future priest of the Catholic-Christian Church. Indeed, this already allows women in the clergy and the marriage of priests. But the young woman still has trouble telling herself that she too could go in front of and no longer behind the altar. In any case, as long as the whole of Switzerland has not said yes to civil marriage for all. “

. I had not thought of getting married, it was not possible, she

So, I think that when we are going to vote yes, for a lot of people it will be the beginning of the reflection.

Unless there is a huge surprise, the vote seems acquired with around 60% of the Swiss in favor of the text, including Catholics and Protestants.