How to tell the story of China well under the global fight against the epidemic? Chinese and foreign big coffee Wuzhen asked

In the context of the global fight against the epidemic, how to strengthen international cooperation in communication, eliminate barriers, and tell China's story well?   On September 26, the "2021 World Internet Conference Wuzhen Summit-Global Anti-epidemic and International Communication Forum" hosted by China News Agency was held in Wuzhen, Zhejiang. Dozens of leaders from relevant department 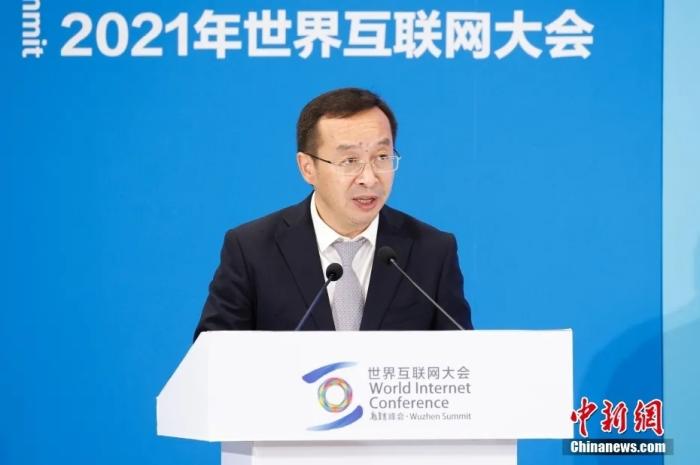 In the context of the global fight against the epidemic, how to strengthen international cooperation in communication, eliminate barriers, and tell China's story well?

The picture shows the President of China News Agency Chen Lujun giving a speech at the forum.

Shared destiny: "Carefulness" alone is not enough, we have to make sense

Chen Lujun pointed out, “For a while, strength lies in strength, and success or failure lies in rationality.” In the international spread of global anti-epidemic, it is not enough to have “briefings”, and “reason” is necessary.

Zhang Boli, an academician of the Chinese Academy of Engineering, mentioned that China took a very short time to control the progress of the epidemic, and its experience in epidemic treatment has become more and more abundant. The mortality rate is very low. The proportion and severity of sequelae are less than those in foreign countries, which also reflects this. The advantages of combining Chinese and Western medicine and combining Chinese and Western medicine.

Chinese Narrative: Do your own thing, and fight back if you need to fight back

Zhang Weiwei said that since the beginning of the epidemic, mainstream Western media have carried out vicious attacks on the entire prevention and control of the epidemic in China.

Now some Western media’s attacks on China have no bottom line, so we must attack head-to-head head-to-head. Of course, we should be polite or polite, seeking truth from facts.

"To tell the story of China well, we must do well in China's affairs." According to Wu Peng, Director of the Department of African Affairs of the Ministry of Foreign Affairs, in the Internet age, the concepts are often very shallow and fast. Some wrong ideas are burned in the minds of others, so we have to fight back with deeper and more concrete things.

Guo Kaitian, senior vice president of Tencent Group, believes that under the epidemic, global information coordination and sharing is not balanced and sufficient. Some false speculations and misinterpretations have exacerbated cooperation obstacles and loss of trust. There is still room for improvement in the connection foundation of global anti-epidemic.

Global Times editor-in-chief Hu Xijin pointed out that China and the West have their own strengths and should respect each other and learn from each other's strengths.

The public opinion of China and the United States has formed a war of criticism against each other, which is like a whirlpool, involving a large amount of resources and energy of both sides. The biggest driving force and responsibility for this situation lies in the United States.

Zheng Yongnian, Dean of the Institute for Advanced Studies of Global and Contemporary China, The Chinese University of Hong Kong (Shenzhen), delivered a video speech.

Zheng Yongnian, dean of the Institute for Advanced Studies of Global and Contemporary China at the Chinese University of Hong Kong (Shenzhen), said through a video connection that Sino-US relations are a "victim" of internal problems in the United States.

Talking about how to deal with the lies of some American politicians, he pointed out that there must be "three returns", namely: return to facts, return to science, and return to reason.

Today’s Russian International News Agency’s Beijing bureau chief, Asai, said that insisting on the authenticity of news, being loyal to the facts, and not making false reports are the basic principles of journalists’ professional ethics.

Wuhe Qilin's creator Fu Yu believes that for some people's slander and attacks on China, he wants to fight back by crossing the barriers of cross-cultural communication.

He believes that cartoons can fill the disadvantages of language and speak for China.

He expounded some of his works on the spot, such as "White House Painter" and "The Reconstruction of Gods".

He said that in addition to the confrontational satire and disclosure, he also needs to provide a constructive perspective to show the Chinese plan, and he will continue to use his brush to create works that express his simple emotions.

Situ Jianguo, an internet celebrity blogger from the United Kingdom, expressed his hope that through his videos, foreigners who have never been to China can see the situation in China comprehensively and objectively, and have a better understanding of Chinese culture.

Use British humor to tell Chinese stories, so that foreign audiences can see a different side of China.

Italian internet celebrity blogger Ruili said that the events and stories of filming in China have been questioned, but the more you do this, the more you have to do.

She said, "I will continue to spread the story of me and China, and spread a true, credible, respectable and lovely Chinese story."