A sharp grenade from World War II has been found by a mountain hiker one kilometer from the lift system at Riksgränsen in Norrbotten. 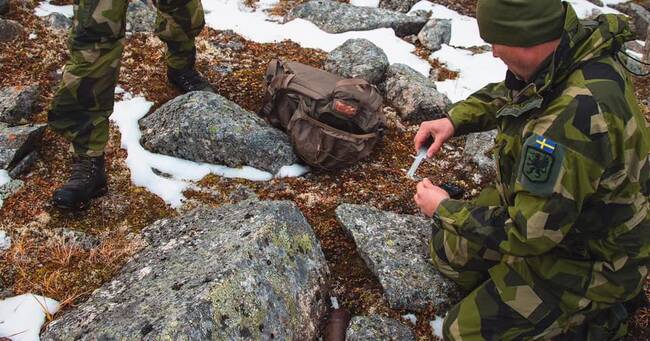 The German grenade, 33 centimeters long and eight centimeters in diameter, was found between two stones, right on the border between Sweden and Norway, writes NSD.

- We blew it up on the spot, there is no reason to take any risks.

It was full sharp, says Captain Robert Eriksson at the Armed Forces, to the newspaper.

He belongs to the unit EOD (Explosive ordnance disposal), a specialist group within the Swedish Defense's protection center that performs ammunition clearance, and which together with the police went out to the site after the mountain hiker's alarm.

- I took out an 800-meter risk area, we used the police helicopter to fly through the area before blasting.

It was a real bang, but afterwards you don't notice much, he says.

Do not want to speculate on how it ended up there

According to Eriksson, ammunition from the Second World War is "not very common", even though some of that product has previously been found in the Pajala area.

- It is always difficult with old, environmentally affected ammunition that has been lying around for so long to know exactly how sensitive it is.

But there is absolutely nothing that the public should touch, says Eriksson.

He does not want to speculate on how the grenade ended up where it ended up.