Joe Biden received the Indian, Japanese and Australian Prime Ministers on September 24 at the White House - it was the second meeting of this Quad. The US president encouraged to rekindle this ... 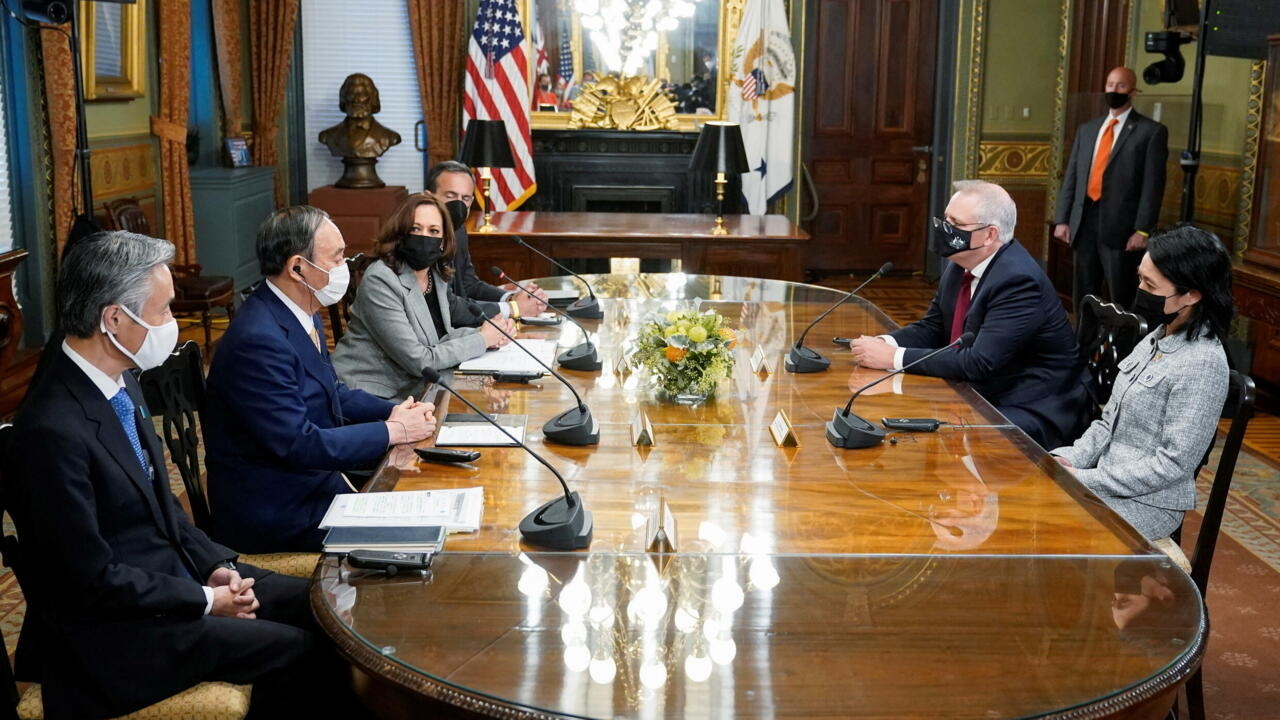 US Vice President Kamala Harris meets with the Prime Ministers of Japan and Australia in Washington, September 24, 2021. REUTERS - POOL

Joe Biden received the Indian, Japanese and Australian Prime Ministers on September 24 at the White House - it was the second meeting of this Quad.

The US president has encouraged the revival of this old alliance, and the leaders have made deals in everything from the pandemic to academic exchanges.

But for Joe Biden, the Quad is above all a strategic component in the Indo-Pacific, which marks the beginning of a major change in American diplomacy.

While the Franco-American diplomatic crisis of submarines

, and China has said that this alliance was "

", Washington is pursuing the "pivot to Asia

Joe Biden did everything he could to minimize the safety aspect of the Quad on September 24.

It is therefore the billion anti-Covid vaccines given to India and the future agreement to increase the safety of semiconductor production lines, these electronic components essential for washing machines, airplanes or smartphones, which were given as an example.

But the four great democracies, all fearing the rise of China and its forays into the South China Sea, could not help but call in turn a free and open Indo-Pacific.

We are here together in the Indo-Pacific region,

" said Scott Morrison, the head of the Australian government.

A region that we want to be always free from coercion, where the sovereign rights of all nations are respected, and where disputes are settled calmly and in accordance with international law

After the announcement of the

with the United Kingdom and Australia, the Quad is the second alliance recently activated by the United States in the Indo-Pacific.

And this clearly marks a major change in American diplomacy: if the Europeans and the members of NATO remain allies, they are no longer the only ones to count.

Jean-Yves Le Drian, he met his Indian and Japanese counterparts, certainly to gauge the impact of the Quad on their relationship.

Indo-Pacific: the relaunch of the Quad, a tool against China?