The two weddings that could reunite the Royal Family

This fall, a multitude of weddings will accumulate that were postponed due to the pandemic. This is the case of two royal links in which the &amp; quot; Bourbon family &amp; quot;, both the Kings, ... 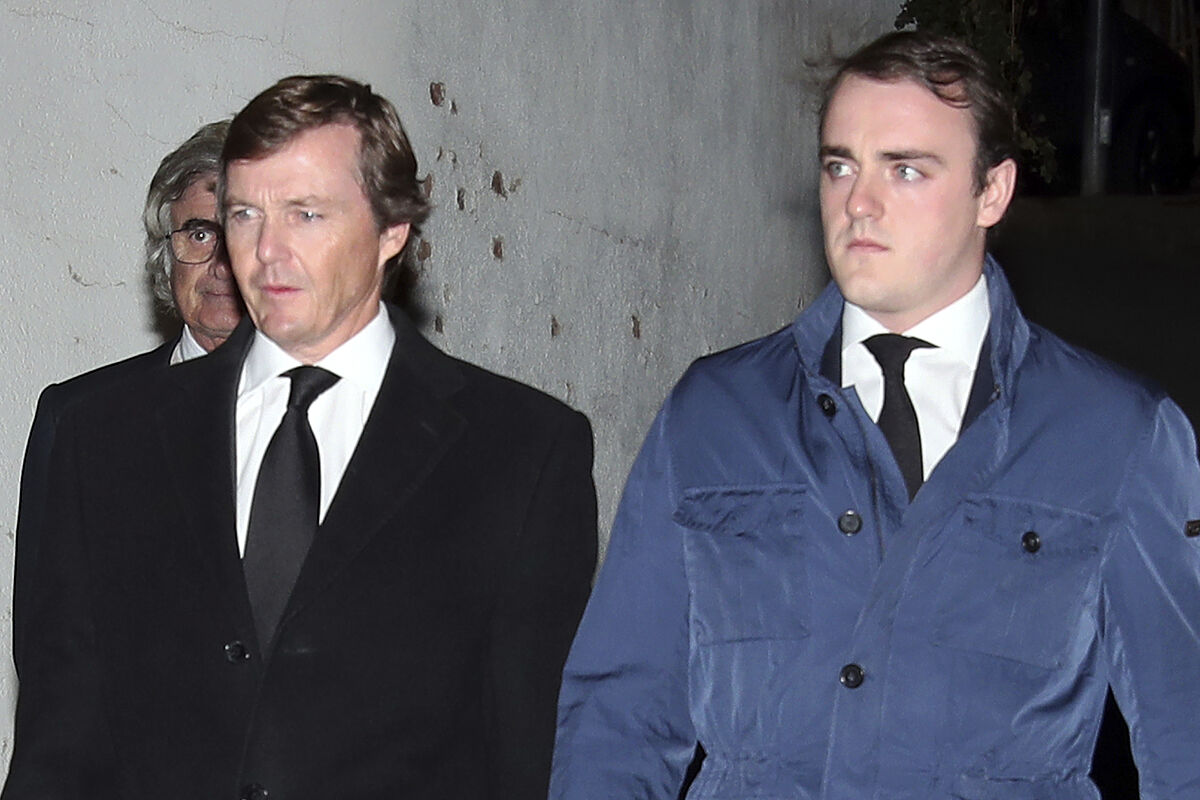 This fall, a multitude of weddings will accumulate that were postponed due to the pandemic. This is the case of two royal links in which the "Bourbon family", both the

, as Don Juan Carlos, Doña Sofía and the Infantas Elena and Cristina

, are "guests of honor" due to their close ties. The first, this Saturday, September 25, the wedding in

Duke of Noto and son of the Duke of Calabria, whose grandfather was the first cousin of Don Juan Carlos. The other, that of

, son of Doña Sofia's brother, the former King Constantine, and cousin of the monarch, which will be held in October in the cathedral of

. The disagreements that Don Felipe's family has gone through, as a result of the Noos case or because of Don Juan Carlos' march to Abu Dhabi, put the monarch in a bind, little given to family coincidences in public and make his attendance unpredictable.

Jaime is heir to the disappeared throne of the Two Sicilies, since his father, Pedro de Borbón, holds the leadership of this dynasty, although he is in old conflict with the

his dynastic rival. The bride is

daughter of the Earl of Lindsay, a member of the House of Lords. Both are 28 years old and are dedicated to finance: the groom runs a venture capital fund,

, and his future wife is an Assistant Vicepressident at Citibank in London. The ceremony will be in the Cathedral of

and the banquet in the Palace of the Normans, former home of the Bourbons of that dynasty.

daughter of Alfonso XII, with

, heir to the Two Sicilies. After being widowed, he married

, daughter of the Count of Paris, a union from which Doña Maria was born, mother of Don Juan Carlos, who was the first cousin of Jaime's grandfather, the former Duke of Calabria, also married to an Orleans, Ana, and died in 2015. They shared a boarding school in

and as adults they remained inseparable, so much so that Don Juan Carlos did to his cousin Infante de España. This resulted in Prince Philip and the infantas Elena and Cristina being raised with the five children of the Duke of Calabria.

, Jaime's first-born son and father, is a great friend of Don Felipe, who is the same age. He witnessed his wedding to Sofia Landaluce in 2001, after a complicated courtship: Sofía, great-granddaughter of the

did not have royal blood, so Pedro's father opposed the marriage, which he finally agreed to when Jaime he was seven years old. The monarch often drops by

the La Mancha estate of the Calabria family, who also maintain a close relationship with Infanta Cristina and Urdangarín, who spent Easter 2017 there. Cristina, Pedro's older sister, is close to the former Duchess of Palma and is married to

, inseparable from Urdangarín and Don Felipe before they broke up for him.

It is not easy for us to see King Juan Carlos this Saturday in Palermo, more likely it is that Infanta Cristina and even her sister Elena and Doña Sofía will attend. The great unknown is whether King Felipe, who has no institutional commitments, will go to the link, alone or with Mrs. Letizia.

, the youngest of the former King Constantine of Greece, brother of Queen Sofia. Don Felipe and the Infantas were little inseparable from their cousins

, who spent Christmas in Zarzuela and summers in

. Philippos was civilly married in December 2020 in Saint Moritz to billionaire

, daughter of the owner of the VistaJet company. An intimate wedding, to which no close family member of Don Felipe attended except the Infanta Cristina with her daughter Irene. This Greek wedding will gather a lot of royalty as

, Constantine's wife, is the sister of Margaret, the Danish sovereign, and the late Philip of Edinburgh, husband of Elizabeth II, was a Greek prince. The attendance of Queen Sofía and the infantas Elena and Cristina is certain, but not from King Felipe and less from Doña Letizia, who did attend with Doña Sofia and the Infantas to the wedding of

, Philippos's brother, with Tatiana Blanik held in the island of Spetses in 2013. Those were other times, since the 50th birthday in 2017 of Paul, the Greek heir, which he celebrated in his English mansion in

After the "scuffle" in the cathedral of Palma in 2018 between Doña Sofia and Letizia, which prevented her daughters from being photographed with their grandmother, Marie Chantal, Pablo's wife, harshly criticized Doña Letizia in the networks stating "she has shown her true face ".

Since then, the Queen has not met the Greek heirs again.

Royal House Queen Sofia, the great 'absent' in the most special reunion of the Greek royal family