Representative of China: As soon as possible to start and implement the reversible clause of the DPRK-related resolution is an effective way to break the impasse on the DPRK nuclear issue 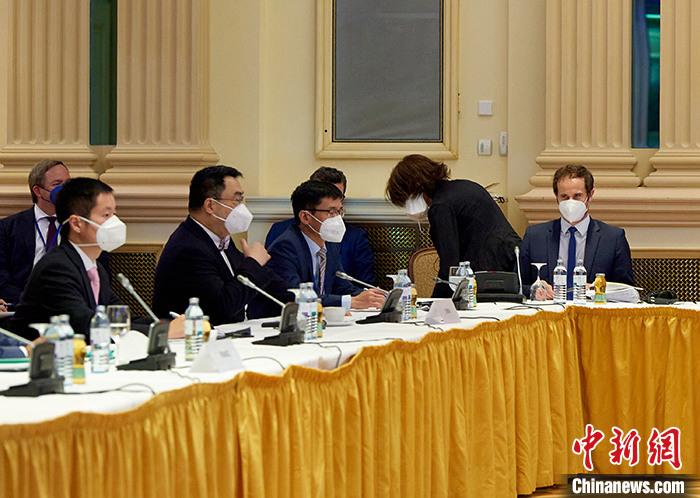 China News Agency, Berlin, September 25, Vienna News: On September 24, the IAEA General Assembly unanimously passed the resolution "Implementing the Safeguard Agreement between the International Atomic Energy Agency and the Democratic People’s Republic of Korea and the Treaty on the Non-Proliferation of Nuclear Weapons". , "Comprehensive Nuclear-Test-Ban Treaty" Organizing Committee's 12th Conference to Promote the Entry into Force of the Treaty and the 25th Anniversary of the Signing of the Treaty issued a final declaration.

Both documents adopted the proposal of the Chinese delegation and included the contents of the reversible clauses of the UN Security Council resolutions related to North Korea for the first time.

In response, Ambassador Wang Qun, the Permanent Representative of China to Vienna, told reporters that the reversible clause was proposed in the Security Council resolution in 2006. This is the first time that the above clause has been written into an important document of the two major international organizations.

Wang Qun stated that Chinese President Xi Jinping pointed out when attending the 76th General Debate of the UN General Assembly that a peaceful and developing world should carry different forms of civilization and must be compatible with diverse paths towards modernization.

Democracy is not the patent of any country, but the right of the people of all countries.

Recent developments in the international situation have once again proved that external military intervention and so-called democratic transformation are infinitely harmful. We must vigorously promote the common values ​​of peace, development, fairness, justice, democracy, and freedom for all mankind, and abandon small circles and zero-sum games.

The reversible clause of the DPRK-related resolution requires that “continue to review North Korea’s actions, and in accordance with North Korea’s compliance, strengthen, modify, suspend or lift these (sanctions) measures as necessary”, which has reserved a way out for the political settlement of the North Korean nuclear issue.

Chinese State Councilor and Foreign Minister Wang Yi highlighted at the ASEAN Regional Forum Foreign Ministers’ Meeting not long ago that the effective way to break the current deadlock on the North Korean nuclear issue is to start the implementation of the reversible clauses of the UN Security Council’s sanctions resolutions on the DPRK as soon as possible, ease sanctions on the DPRK, and create positive effects for the resumption of dialogue and consultation. Atmosphere.

Wang Qun pointed out that under the current situation, to start the implementation of the reversible clause of the DPRK-related resolution as soon as possible is in line with the spirit of the Security Council resolution and will help ease the humanitarian and people's livelihood situation in the DPRK, and will be more conducive to creating conditions and injecting momentum for the political settlement of the Korean Peninsula issue.

North Korea has ceased nuclear tests for many years and has taken active measures such as bombing the Fengxili nuclear test site, but the US has not taken any substantive actions so far.

In addition, negative events such as the US-South Korea joint military exercise and the assistance of the US and the UK in the development of nuclear-powered submarines in Australia have also added new destabilizing factors to the regional security situation.

Finally, Wang Qun emphasized that in order to promote the proper resolution of the nuclear issue on the Peninsula, the United States should strictly abide by the principle of simultaneous reciprocity, and immediately take practical measures on issues such as abolishing its hostile policy against North Korea, lifting sanctions against North Korea, and providing security guarantees to North Korea. Constructively promote the sincerity of resolving the peninsula issue and give an explanation to the international community, instead of saying one thing, doing another thing, and taking any action that may lead to an escalation of tension.

China also calls on the international community to work together to actively promote the early launch of the reversible clause of the DPRK-related resolution and contribute positive energy to the denuclearization of the peninsula and the long-term stability of the region.