L1: lull hoped for in the stands, duel at the OM-Lens summit - France 24

L1: lull hoped for in the stands, duel at the OM-Lens summit Paris (AFP) Shaken by the overflows of supporters, Ligue 1 hopes for a return to calm and play during the 8th day, where Paris SG still without Lionel Messi but carried by Achraf Hakimi receives Montpellier on Saturday, before an enticing Marseille-Lens on Sunday. - The player: Achraf Hakimi - Still deprived of Messi, who is recovering from a contusion to his left knee, Paris will perhaps rely 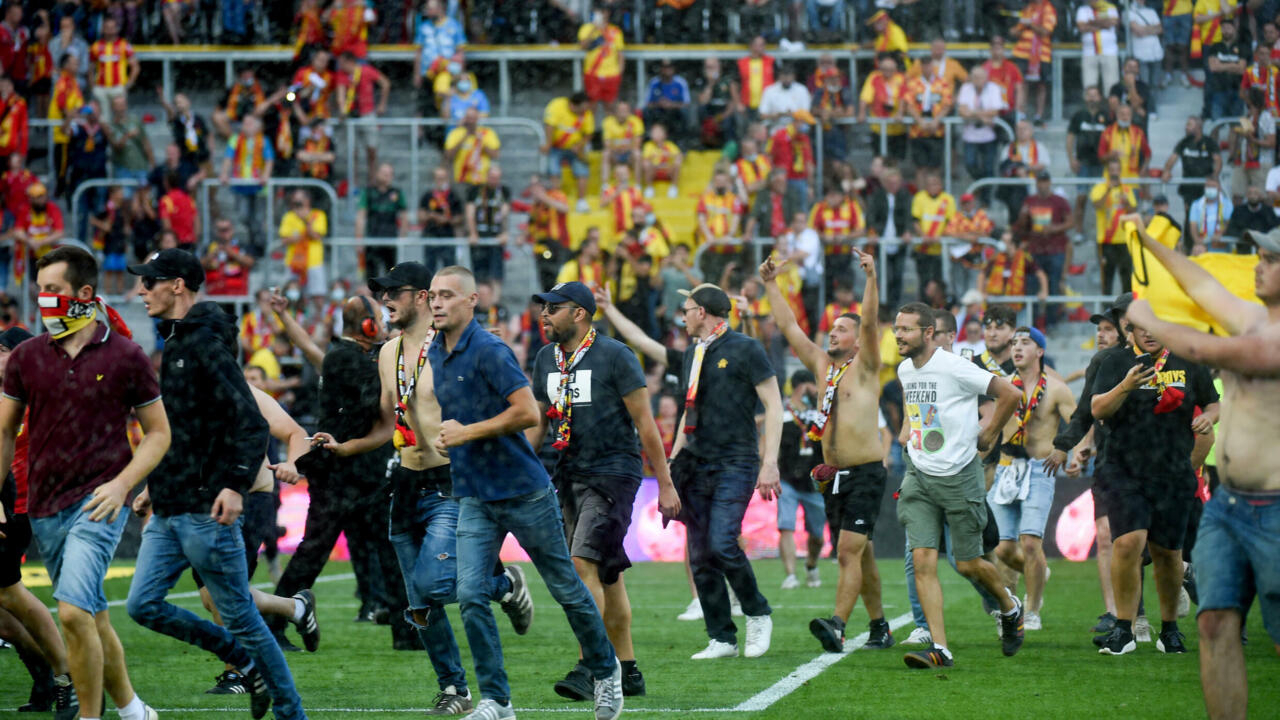 Shaken by the overflows of supporters, Ligue 1 hopes for a return to calm and play during the 8th day, where Paris SG still without Lionel Messi but carried by Achraf Hakimi receives Montpellier on Saturday, before an enticing Marseille-Lens on Sunday.

Still deprived of Messi, who is recovering from a contusion to his left knee, Paris will perhaps rely again on another of its recruits, Achraf Hakimi, against Montpellier (10th) on Saturday (9:00 p.m.)

Without the "Pulga", without Sergio Ramos still in recovery, with a disappointing Georginio Wijnaldum and a Gianluigi Donnarumma used sparingly, the Moroccan is for the moment the very good pick of the summer transfer window in Paris.

The very offensive 22-year-old right-back, who arrived for 60 million from Inter Milan, scored three goals in L1 under his new colors.

His double Wednesday on the lawn of Metz allowed PSG to snatch victory on the wire (2-1).

The joy of the Moroccan defender of Paris Saint-Germain, Achraf Hakimi, after scoring the victory goal (2-1) against Metz, on September 22, 2021 at the Saint-Symphorien Stadium in Longeville-lès-Metz SEBASTIEN BOZON AFP

The right-back, trained at Real and passed through Dortmund, prefers to put things into perspective when presented as the best in his current position.

"No, I don't know ..." he laughs in an interview to appear this weekend in L'Equipe Magazine.

"Let's say that I work a lot to be the best possible", adds the one whose idol is the Brazilian left side Marcelo, his former teammate at Real.

Enthusiastic since the start of the season, but slowed down on the last day, OM (2nd) and Lens (4th) meet at the Vélodrome on Sunday for a top-ranking duel (8:45 p.m.).

Marseille, runner-up to Paris at seven points, but with one game less, stalled in Angers (0-0), where the meeting was followed by incidents between Olympian and Angevin supporters.

RC Lens (4th, two points behind OM), who advised his supporters not to go to Marseille after overflows during the Lens-Lille derby, remains on a setback in Strasbourg (1-0).

Facing the Blood and Gold, OM coach Jorge Sampaoli will still be deprived of Polish striker Arkadiusz Milik, hit to a knee at the end of last season and too close to be included in the group.

- The number: the Greens, the worst start in 33 years

Three points in seven days, no victory, four defeats and fourteen goals conceded: Saint-Etienne made its worst start since the 1988-1989 season.

Eleventh last year, the Greens are currently in the penultimate place in the standings, ahead of Messins only on goal difference.

If Claude Puel's team showed more desire and played bad luck (3 posts) in Monaco, it was severely inclined (3-1), weighed down by the early expulsion of its goalkeeper Etienne Green (33rd ).

The coach of Saint-Etienne, Claude Puel, and his players leave the lawn of the Stade Louis II, on September 22, 2021 in Monaco, after their defeat (3-1), during the 6th day of Ligue 1 Valery HACHE AFP

Denis Bouanga's teammates will try to finally start their season against Nice (7th) on Saturday (5:00 p.m.), an ambitious team in the championship which remains however on a setback in Lorient (1-0).

Schedule for the 8th day of Ligue 1