Influenced by "Mawlana Al-Rumi", an American priest who converted to Islam and settled in Konya, Turkey

Influenced by Maulana Jalaluddin Rumi and his teachings, the American Catholic priest Professor Craig Victor Winter converted to Islam and called himself Ismail and settled in Konya (central Turkey) to be close to Rumi. 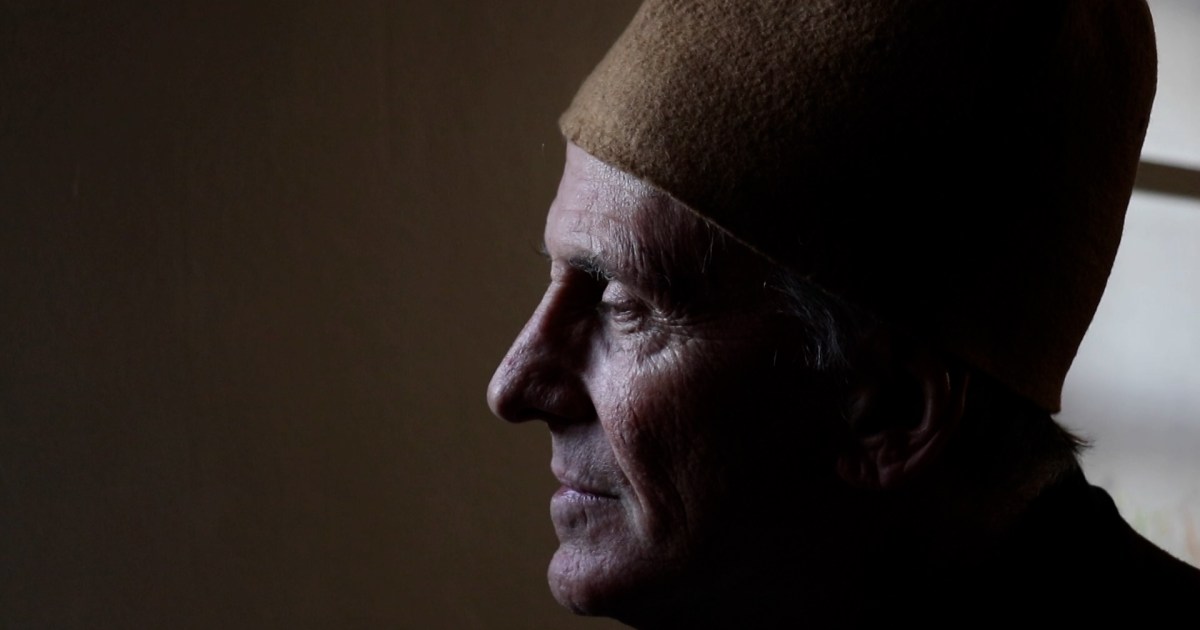 The American Catholic priest, Professor Craig Victor Winter, converted to Islam, influenced by Maulana Jalaluddin Rumi and his teachings. He called himself Ismail and settled in Konya (central Turkey) to be close to Rumi (his shrine in Konya) and to learn more of his teachings.

Jalal al-Din al-Rumi is a Persian Sufi poet and scholar of Turkish origin;

He is considered one of the most prominent figures of philosophical mysticism in Islamic history and the most influential throughout the ages.

It is described as having a vision that represents a global message that addresses all world civilizations as a source of inspiration for all people.

Venter was born in 1955 in North Carolina, United States, grew up in Los Angeles, and attended Catholic school at the will of his family until he became a priest.

He worked for about 10 years, during which time he received an academic education, then became a university professor, and began giving religious lectures at universities.

Despite his education, Winter began to sense an emptiness within him and set out to find a way to fill the emptiness.

In 2004, Asin Chalabi met Bayrou - the 22nd-generation granddaughter of Maulana Jalaluddin Rumi - while she was in the United States.

Maulana and the priest

Venter began to get his first information about Mevlana and Islam, and then he went to Konya in 2005 at the invitation of Bayrou, and attended the celebrations of the anniversary of the death of Rumi.

Venter was greatly influenced by the teachings and the spiritual atmosphere that accompanies the rituals of the Mevlevi Order, until he converted to Islam in 2006, influenced by what he experienced and lived.

Venter received lessons on Islam and the order from Mevlanite Sheikh Nadir Qarni Buyuk, whom he met during the festivities.

Two months ago, Venter settled in Konya to be close to Mevlana and to get to know the Mevlevi way better.

In an interview with Anadolu Agency, Ismail Venter talked about his conversion from a Catholic priest to Islam and then settling in the Turkish city of Konya.

He said that he grew up a devout Christian since his childhood, and that his family always went to church on Sundays, and that his cousin was also a priest in the church.

He added that religion was very important to his family, and that his grandmother wanted him to become a priest, so he went to the monastic school (theology) to learn monasticism.

Venter noted that he had always been taught at school that God was Christ, but that some things seemed illogical to him.

He continued, "I believed in God, but there were things that were not true. After that, the information I was explaining to my students started to seem illogical to me. That is why I spent a large part of my life searching."

He explained that he was giving lessons at the monks' school, adding, "However, I was not convinced of what I was teaching the students. After a while I saw that I could not continue to do so, and I left my job as a priest, resigned from the church and returned to my family in California, and got busy with music."

"The music had a lot of meaning, but my heart was empty. The applause from the audience was great, but something was missing from me," he added.

Venter mentioned that he met Asin Chalabi Bayrou - granddaughter of Jalal al-Din al-Rumi - when she came to San Francisco on the advice of a teacher, and that he went to the house where the mystics meet, and then a woman came with her translator and Venter did not know who she was, then he learned that she was a descendant of Jalal. Rumi religion.

He said that he listened to her and was very impressed with what he heard from her, as if he had found what he had been looking for all his life.

He added, "I told her, 'I feel like I'm at the bottom of the ocean, but I don't know where the treasure is.'" She replied, "Your search for treasure is the treasure itself, so you have already found it."

"I was very moved by this phrase. I went to Konya in 2005 at the invitation of Maulana's granddaughter and attended the celebrations of the anniversary of Rumi's death," he added.

Praying at the Maulana Museum

Venter indicated that he had a special feeling while watching the Mevlevi dervishes performing the ritual of "allowing" (Mvlv rotation), and that he visited the Mevlana Jalaluddin Rumi Museum while in Konya.

He mentioned that he visited the museum at the time of the dawn prayer, and the sheikh of Mawlawi "Qarni Buyuk" took him to the prayer window, and told him how to pray.

Then he stood watching compare to Buyuk as he called.

Winter described the scene around him by saying that the whole place was covered in snow, and there was a red rose in the snow.

Then the Sheikh called him to recite the supplication, so he went to the window without knowing what he would do.

He added that he began to pray.

Then a strange thing happened that he did not know, but he felt shocked as if his heart had been torn, and he started crying and reciting the supplication several times.

"This is where I should be"

Venter, asking Elder Qarni Buyuk to teach him a few things before his return to the United States, took him to his hotel room, opened the voice recorder and began to chant.

He also read the Qur'an to him and some supplications and recorded them.

He pointed out that he did not understand anything of what he said. Compare Büyük in Turkish, but nevertheless, he understood it with feelings, because they were speaking the language of hearts, so he finally realized that the path of "Jalal al-Din al-Rumi" is from the path of the Prophet Muhammad, peace and blessings be upon him, according to his description.

Then he converted to Islam the following year.

"I decided to settle in Konya to be close to Mevlana Jalal al-Din al-Rumi, because I realized that this is the place I should be in. Before that, I used to come to Konya every year because it was the most suitable place to learn more about Mevlana."

He went on to say that walking in the footsteps of Jalal al-Din al-Rumi in Konya is completely different from being in the United States, and that one of the young dervishes asked him about his family, and when he told him that his parents had died, the dervish told him, "My family and I, we will be your family."

"That was the most important thing someone told me," Winter concluded. "So I kept coming to Konya until I settled there completely."